Up to 38 million people in East Asian and Pacific countries will be pushed into poverty by the coronavirus crisis, the World Bank has said. It will be the region's first increase in poverty in 20 years. 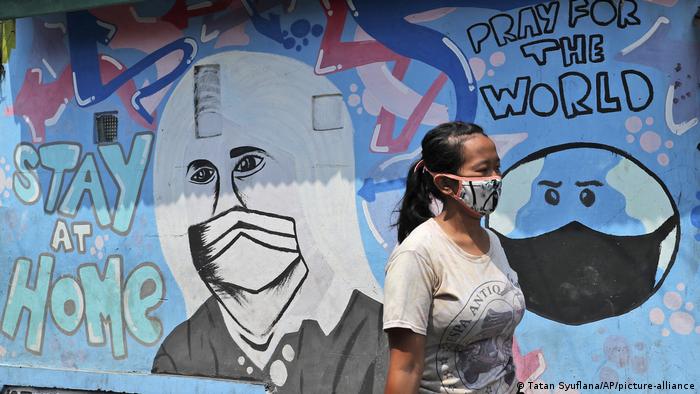 Tens of millions of people living in East Asian and the Pacific countries would have risen out of poverty this year. Then the coronavirus pandemic hit.

This is according to "From Containment to Recovery," the latest report from World Bank, which assesses the damage the pandemic has caused in the East Asian and Pacific (EAP) region and considers possible roads to recovery.

The results? Poverty in EAP countries is expected to go up for the first time in 20 years. Not only will millions remain in poverty who previously would have escaped it, but many who, before the pandemic, were not thought at risk are now also likely to join their ranks.

While outbreaks remain significant in Indonesia and the Philippines, the region has been relatively successful in containing the spread of the virus. At the same time, these countries were hit by what the World Bank has called as a "triple shock" consisting of the pandemic itself, the economic impact of shutdowns, and the resulting global recession.

The regional economy is now only expected to grow 0.9% this year, its lowest rate since 1967. Factoring out China, where early and strict containment measures have allowed a decent return to economic activity and an expected 2% growth in national GDP this year, the rest of the region can expect a contraction in GDP of 3.5% in 2020, the World Bank said.

Prior to the pandemic, 33 million people in EAP countries had been expected to escape poverty in 2020, based on the upper-middle-income class poverty line of $5.50 (€4.70) a day.

But the latest GDP forecasts and other indicators now show the number of poor going up by 38 million. In other words, along with 33 million people remaining in poverty who, without the pandemic, would have escaped, another 5 million will fall into poverty who otherwise would not have.

"COVID-19 is not only hitting the poor the hardest, it is creating 'new poor,'" Victoria Kwakwa, vice president for East Asia and the Pacific at the World Bank, said in a press release. "The region is confronted with an unprecedented set of challenges, and governments are facing tough choices."

The World Bank insights reinforce forecasts published just two weeks by Asian Development Bank, which predicted that Asian economies will contract this year for the first time in six decades.

Without action, the consequences will likely be significant and long-lasting, the World Bank said.

"Sickness, food insecurity, job losses, and school closures could lead to health and learning losses that could last a lifetime," the financial institution said in a press release. "The poor will be disproportionately disempowered because of worse access to hospitals, schools, jobs, and finance."

School closures, in particular, are likely to have a long-term impact. According to World Bank forecasts, the reduced access to education brought on by preventative school closures could reduce the average student's future annual earnings by 4% every year of their working lives.

Like governments the world over, leaders in the EAP region have sought to counter the blow of the pandemic with increased government spending.  Federal governments in the region have promised on average 5% of national GDP to improve healthcare, bolster consumer spending, and helping firms avoid bankruptcy during the crisis.

But the sudden jump hasn't been easy for all. Prior to the coronavirus outbreak, many EAP countries were spending less than 1% of GDP on social programs. The report found that in some countries, coronavirus aid had reached less than a quarter of households whose income had been hit by the pandemic, and less than 20% of firms reported receiving financial assistance.

How governments go about keeping the virus in check and providing financial relief should be decided with an eye on recovery and economic growth down the line, the World Bank said.

Policymakers would do well to address the region's high levels of private debt, which poses an "indirect risk for government finances," the report said.

The institute suggested a more progressive approach to taxing income and company profits, or reducing or eliminating expensive fuel subsidies — in some countries greater than 2% of GDP —  as ways to provide for greater spending on coronavirus relief as well as testing and containment.

"Left unremedied," the World Bank said, "these consequences of the pandemic could reduce regional growth over the next decade by 1 percentage point per year."

"Swift action will be needed to ensure that the pandemic does not hamper growth and increase poverty for years to come."