The rival groups have called for unifying resistance against plans to annex parts of the West Bank, long considered part of a future Palestinian state. But analysts say the show of unity is unlikely to result in action. 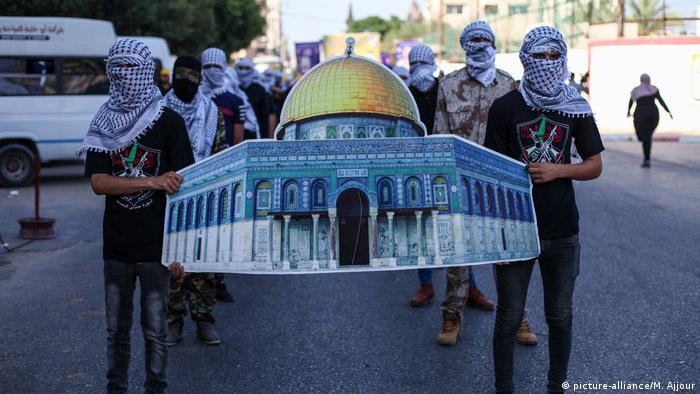 "We will put in place all necessary measures to ensure national unity," said Jibril Rajub, secretary general of the Fatah Central Committee, in a virtual press conference with Beirut-based Hamas official Saleh al-Arouri. "Today, we want to speak in a single voice."

The Israeli government, led by Prime Minister Benjamin Netanyahu, has signaled its intention to move forward with plans to annex territory that has been set aside for a future Palestinian state. The territory in question includes Israeli settlements in the West Bank.

Israeli officials have suggested that the announcement would happen in July, but not before US President Donald Trump has given his approval.

The Trump administration has spearheaded a new plan to end the Israeli-Palestinian conflict, although many of its proposals violate internationally-recognized resolutions, such as border delineations for a UN-sanctioned two-state solution.

Both Fatah and Hamas have outright rejected the US-led plan, saying it undermines the prospect of peace. Hamas' al-Arouri said the annexation plans would only serve to unify Palestinian resistance.

"We should put aside all differences and agree on a strategy," said al-Arouri. "We will use all forms of resistance against the annexation."

However, Middle East analysts have suggested that the show of unity is unlikely to translate into broader cooperation between the rival factions.

"I doubt the annexation challenge will help these two factions to end their split and unify again," former Palestinian Authority official Ghassan Khatib told news agency AFP. "They'll agree about the significance of the annexation … but I don't think they'll go beyond that."

That same year, Hamas won a majority in parliamentary elections, placing it in a position to lead the Palestinian government. However, fighting broke out between the two factions, eventually leading to armed conflict that forced Israel to withdraw from the Gaza Strip. Hamas has since been in control of the coastal enclave.

The foreign ministers of France and Germany have demanded Israel halt plans to annex parts of the West Bank. Israeli spies have reportedly called for the plans to be expedited, with the world distracted the pandemic. (19.06.2020)