Israel's plans to annex parts of the occupied Palestinian West Bank contravene "a principle of international law," according to UN human rights experts. They also urged the international community to oppose the move. 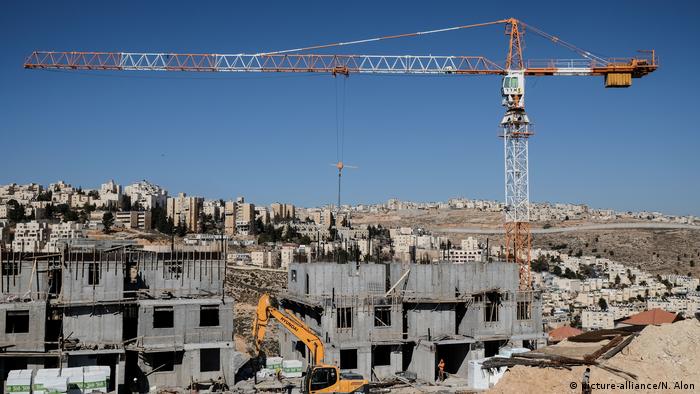 A group of human rights experts at the United Nations on Tuesday condemned the decision of the Israeli coalition government to annex parts of the occupied Palestinian West Bank from July 1. The 47 independent experts were appointed by the UN's Human Rights Council.

The group said that the annexation was a "serious violation of the Charter of the United Nations and the Geneva Conventions" as "it incites wars, economic devastation, political instability, systematic human rights abuses and widespread human suffering."

The plans would extend sovereignty over the majority of the Jordan Valley and all of the more than 235 "illegal" Israeli settlements in the region. This would amount to "approximately 30% of the West Bank," the statement read.

The UN has repeatedly said that the 53-year-old Israeli occupation is the source of "profound violations of human rights against the Palestinian people." The UN has previously accused Israel of illegitimate land confiscation, excessive use of force and torture, labor exploitation, the targeting of women activists and journalists, the detention of children, and forced evictions and displacement, among a number of other illegal acts.

The experts also lamented the US government's support for Israeli Prime Minister Benjamin Netanyahu's "unlawful" plan to extend sovereignty, which in effect is the "annexation of land that the Palestinians seek for a state."

"We express great regret about the role of the United States in supporting and encouraging Israel's unlawful plans. On many occasions over the past 75 years, the US has played an important role in the advancement of global human rights. On this occasion, it should be ardently opposing the imminent breach of a fundamental principle of international law, rather than actively abetting its violation."

Netanyahu's newly formed government were sworn in last month and soon set about targeting the extension of its rule over parts of the Jordan Valley, which is viewed as an important economic and agricultural area for both Israelis and Palestinians. Successive Israeli governments have also seen it as a security belt against Arab States to the East.