The Pakistani premier has told the UN General Assembly that India is putting forward "unacceptable conditions" for discussing peace. Nawaz Sharif said the world was ignoring the unrest in Kashmir "at its own peril." 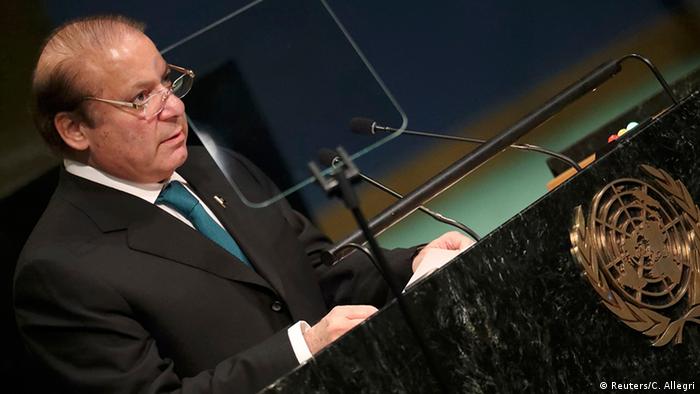 Addressing the United Nations in New York, Sharif said Pakistan could not ignore India's "unprecedented" arms build-up and would "take whatever measures are necessary to maintain credible deterrence." Both countries possess nuclear weapons.

Pakistan wanted peace with India and had repeatedly offered to talk, Sharif said: "But India has posed unacceptable conditions to engage in dialogue... Talks are in the interests of both countries. They are essential to resolve our differences, especially the Jammu and Kashmir dispute, and to avert the danger of any escalation." 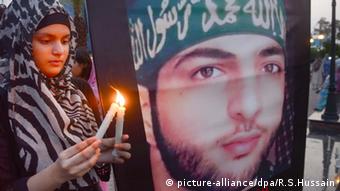 Sharif also referred to the deceased Kashmiri leader, Burhan Wani, who was killed by Indian forces earlier this year, leading to anti-India protests across the region. More than 80 people were killed and hundreds more injured. India considers Wani a terrorist and member of the militant group Hizbul Mujahideen.

"Burhan Wani, the young leader murdered by Indian forces has emerged as the symbol of the latest Kashmiri intifada, a popular and peaceful freedom movement led by Kashmiris, young and old men, armed only with an undying faith and the legitimacy of their cause and the hunger for freedom in their hearts," Sharif said, urging the UN to investigate atrocities perpetrated by Indian forces in Kashmir. "The international community ignores the dangers of rising tensions in South Asia at its own peril," he said.

Eenam Gambhir, India's envoy to the UN, responded critically to Sharif's speech: "It is ironical...that we have seen today the preaching of human rights and ostensible support for self-determination by a country which has established itself as the global epicenter for terrorism."

She also referred to the latest attacks on the Uri army base, at India-administered Kashmir's border with Pakistan. Sunday's attack was "part of a trail of continuous flow of terrorists trained and armed by our neighbor," she said, accusing Pakistan of being a "terrorist state," financing, training and supporting terror groups, sometimes with interntional aid money. 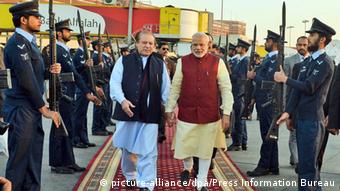 Peace talks between India and Pakistan have been deadlocked since a 2008 terror attack in India's financial capital, Mumbai, killed over 160 people. The militants were reportedly trained and sent by a Pakistan-based terror group. Talks between the two countries have repeatedly stalled over India's demands for more information on the attack's planners, but Pakistan says the Kashmir issue needs to be solved first.

Earlier this year, prospects for better relations emerged when Indian Prime Minister Narendra Modi made a surprise appearance at Nawaz Sharif's birthday party in Lahore, but the latest strike at Uri and another military base in India in early 2016 have again stalled negotiations.

Pakistan separated from India in 1947, after the subcontinent gained independence from British colonial rule. Kashmir, a kingdom at the time, seceded to the government in New Delhi and gained a special autonomous status in the Indian constitution. Separatist leaders in the Himalayan valley have been demanding independence, but both India and Pakistan stake a claim to the region.

A new wave of violence in Indian-administered Kashmir has killed two protesters and injured over 100. The death toll in the valley has risen to 54 since the killing of militant leader Burhan Wani on July 8. (05.08.2016)

'Dialogue is the only solution' to Kashmir conflict

In a DW interview, former Indian intelligence chief A. S. Dulat said India's inaction has contributed to the continued unrest in Kashmir. He wants the government to reach out to both sides of the conflict. (05.09.2016)