Indian PM Modi drops by Pakistan on the way home

Indian Prime Minister Modi will stop by Lahore on the way home from Afghanistan - in what will be the first visit to Pakistan by an Indian leader in over 10 years. 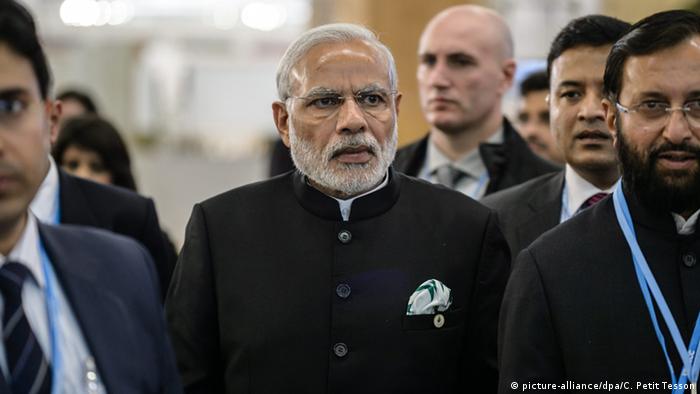 With a simple Tweet on Friday, Indian Prime Minister Narendra Modi announced a surprise visit to Pakistan that is the first for an Indian premier since 2004.

His brief layover is expected to last around two hours and falls on Pakistani Prime Minister Nawaz Sharif's birthday. Earlier on Friday, Modi was in the Afghan capital Kabul, where he inaugurated the country's new Indian-built parliament building.

A spokesperson for Pakistan's Foreign Ministry confirmed Modi's visit: "We have been informed by the Indian High Commission that Prime Minister Narendra Modi would stop over in Lahore to meet our prime minister today. Details are being worked out."

The last Indian Prime Minister to visit Pakistan was Atal Bihari Vajpayee in 2004.

Since Modi took office in 2014, the strained diplomatic ties between the two countries have shown signs of easing. He invited Sharif to his inauguration in New Delhi, and the two had a brief meeting on the sidelines of the COP21 climate conference in Paris.

Shortly after, the two countries announced they would resume high-level peace talks on smoothing over issues including Kashmir, a Himalayan region that has seen India and Pakistan fight two wars since gaining their independence from Britain in 1947. Both countries claim the region as their own entirely; but currently control it jointly.

Delhi had suspended all talks after Islamist gunmen attacked the Indian city of Mumbai in November 2008, killing 166 people. The attacks were later found to have been planned from Pakistan.

The Congress Party, in the opposition in India, has called Modi's trip to Pakistan "irresponsible."

Top advisers from India and Pakistan have held a meeting in Bangkok to discuss key security issues. The talks, originally scheduled for August, followed a meeting between the country's prime ministers earlier this week. (06.12.2015)