The death toll from an insurgent attack on a five-star hotel in Gwadar has risen. Meanwhile, Pakistan's prime minister, Imran Khan, called the siege an act of terrorism. 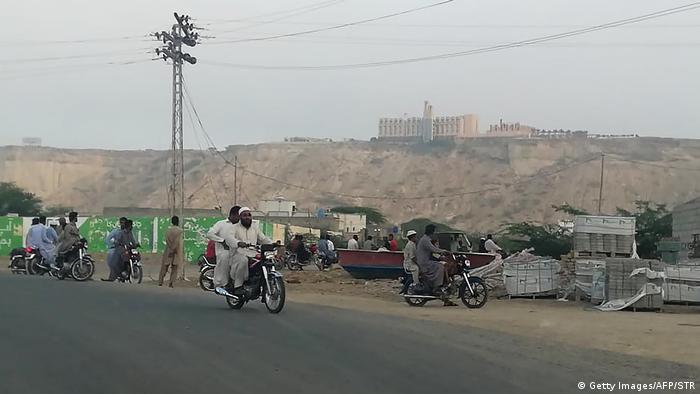 Pakistani regional police announced on Sunday the death toll following an attack on the Pearl Continental hotel in Gwadar had increased to five people: a special forces soldier, a hotel security guard and three hotel workers.

Security forces killed all three gunmen —  not four as earlier reported — to end a 24-hour siege of the luxury hotel in Pakistan's southwestern province of Baluchistan earlier on Sunday. Six other people, including two soldiers, were wounded, the military said.

Prime Minister Imran Khan called the attack an act of terrorism. He commended security guards and forces for preventing greater loss of life.

Officials had claimed overnight that all insurgents had been killed and the attack had ended, but it emerged earlier on Sunday that attackers were still holed up inside the compound with hostages.

At least six people — including four security personnel — were wounded in a shoot-out, which began on Saturday afternoon.

"Four armed militants stormed the Pearl Continental in Gwadar and attacked security guards at the entrance," Baluchistan provincial minister Ziaullah Langu told DW. He added that no foreigners were present in the hotel at the time.

The port city is the centerpiece of China's Belt and Road infrastructure project in Pakistan.

The attack was claimed by the Baluchistan Liberation Army (BLA), an insurgent group engaged in a violent conflict with Pakistani security forces for the "liberation" of the western Baluchistan province.

In 2015, China announced an economic project in Pakistan worth $46 billion (€41 billion), of which Baluchistan is an integral part. With the China-Pakistan Economic Corridor (CPEC), Beijing aims to expand its influence in Pakistan and across Central and South Asia in order to counter US and Indian influence.

The CPEC would link Pakistan's southern Gwadar port (626 kilometers, 389 miles west of Karachi) in Baluchistan on the Arabian Sea to China's western Xinjiang region. It also includes plans to create road, rail and oil pipeline links to improve connectivity between China and the Middle East.