Pakistan to release captured Indian pilot 'as a peace gesture'

Pakistan's Imran Khan said the pilot would be released Friday. India welcomed the announcement, but its military said it would remain in a "heightened state of readiness to respond to any provocation from Pakistan." 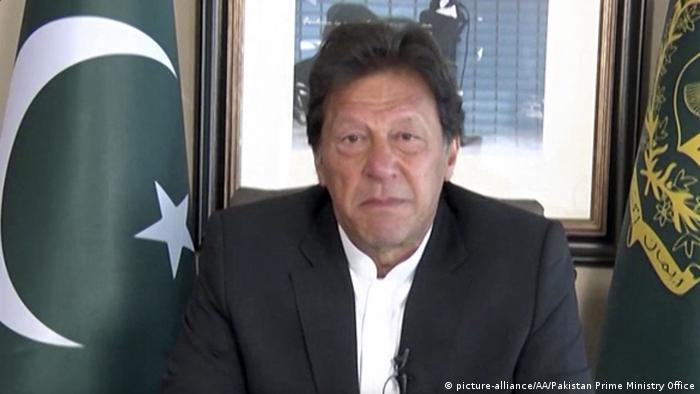 Pakistani Prime Minister Imran Khan said on Thursday that his country would release a captured Indian pilot "as a peace gesture."

Speaking to Pakistani lawmakers in parliament, Khan said the pilot, identified as Wing Commander Abhinandan Varthaman, would be released on Friday. Khan also said that he tried to reach out to his Indian counterpart, Narendra Modi, to de-escalate tensions between the two countries.

"Pakistan wants peace, but it should not be treated as our weakness," Khan said. "The region will prosper if there is peace and stability. It is good for both sides."

Khan's comments came after Modi said that "India's enemies are conspiring to create instability in the country through terror attacks."

India welcomed Pakistan's decision to free the captured pilot but said it remained on a "heightened" state of alert.

"We are fully prepared and in a heightened state of readiness to respond to any provocation from Pakistan," said the Indian Army's Major General Surendra Singh Mahal at a press conference. He said ground-based air defense weapons had been "put on high alert" along the Line of Control that divides disputed Kashmir between the two nuclear-armed rivals.

Top Indian military officials also renewed claims that it had shot down a Pakistani F-16 jet on Wednesday and flashed fragments from a missile carried on the alleged warplane. Pakistan has denied India's claims. 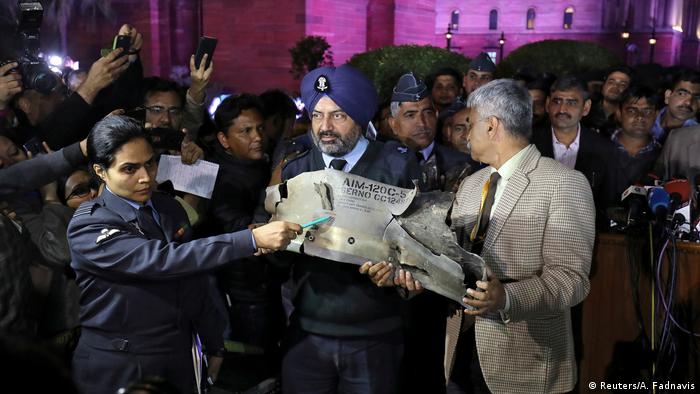 Tensions between the two South Asian neighbors have escalated since a suicide bombing by a Pakistan-based terror group killed over 40 Indian paramilitary troops in the Indian-controlled part of Kashmir.

On Tuesday, India responded with a pre-dawn airstrike inside Pakistan. It was the first such raid since both countries went to war in 1971.

Pakistan says it has shot down two Indian aircraft, a day after Indian warplanes struck inside Pakistan. Tensions have escalated since a suicide car bombing by Pakistan-based militants in Indian-controlled Kashmir. (27.02.2019)