The Pakistani government claims that it has distanced itself from one of its ministers’ statements offering a bounty on the head of the anti-Islam filmmaker, but experts say the government does not mean what it says. 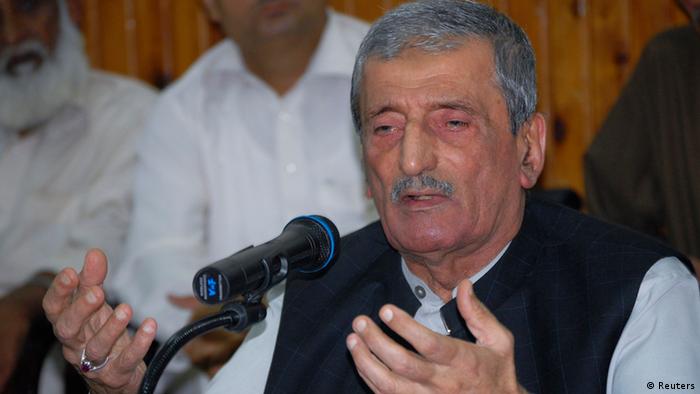 Last week, Pakistan's railway minister Ghulam Ahmed Bilour offered bounty of almost 100,000 US dollars (75,000 euros) on the maker of the anti-Islam film "Innocence of Muslims." Bilour asked the Taliban and al Qaeda members to do the "noble deed" and said that he would kill the filmmaker himself if he ever got the chance.

Bilour belongs to the liberal Awami National Party (ANP), which is one of the main allies of the central Pakistan People's Party's government of President Asif Ali Zardari. The ANP is also the ruling party in Pakistan's restive northwestern Khyber Pakhtunkhwa province, which is also the stronghold of the Pakistani Taliban.

Some religious Pakistani politicians have also offered a similar prize on the maker of the film.

The Pashtun nationalist ANP is considered an anti-Taliban party. A number of its leaders have been killed by the Taliban militants.

The low-budget movie sparked violent protests in many Muslim countries, including Libya and Egypt. Religious parties in many South Asian countries also held protest rallies against the video and the United States. 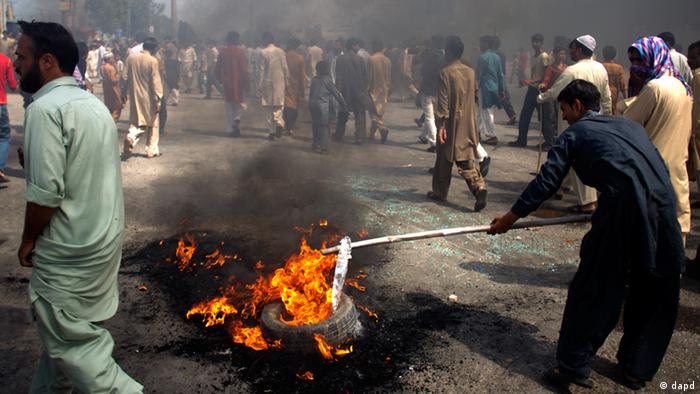 In Pakistan, the ruling PPP announced an official holiday on Friday, the 21st September, to show solidarity with the Prophet of Islam and to protest against the film. At least 19 people were killed during these protests as violent mobs set public property on fire, also torching a church in the Mardan city, and various US franchises.

The US State Department also condemned the minister's remarks on Sunday, calling them "inflammatory and inappropriate."

But both the central government in Islamabad and the provincial government of Khyber Pakhtunkhwa province quickly distanced themselves from Bilour's statement and said that it did not reflect the policy of the government.

"The statement given by Mr. Bilour has been rejected by the party because we believe in non-violence and our party is known for that," Bilour's Awami National Party's spokesman Senator Zahid Khan told the media. "This kind of thing is beyond our imagination because it will end the difference between ANP and extremists."

A spokesman for Pakistani Prime Minister Raja Pervez Ashraf also rejected the railway minister's bounty offer. "This is not government policy. We completely dissociate (ourselves) from this," the spokesman said.

"The PPP, the ANP and other liberal parties like the Muttahida Qaumi Movement (MQM) are trying to cash in on the anti-western sentiments of the people," Dr. Riaz Ahmed, a political activist in Karachi, told DW. "These parties know that the common Pakistanis are fed up with them and this is the only way to get some votes by appearing more right-wing than the right."

"They have to go to the voters next year and, whether we like it or not, it is a reality that their voters will be pleased to hear something against the film from their leaders," Hameed Ullah Satti, an Islamabad-based development consultant, told DW. 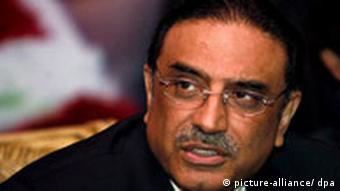 But Dr. Jaffar Ahmed, professor of Pakistan Studies at the University of Karachi, said that the railway minister's statement should not be taken as the policy of the ANP or the central PPP government.

"The ANP gets votes because of its Pashtun nationalist politics. I don't think this statement will get them any votes. On the contrary, it will be harmful for them if they use the religious rhetoric. I think the bounty offer by Mr. Bilour was his own idea," Ahmed told DW in an interview, adding that the ANP would not compromise on its secular credentials.

Veteran Pakistani political activist B.M. Kutty told DW that Bilour was a "non-serious person" and should not be taken seriously. He said that the minister was known for making "stupid remarks."

Ahmed was of the opinion that Pakistan's liberal parties like the PPP and the ANP could only go to a certain extent to protest against the anti-Islam movie and would not risk appearing like conservative parties.

"They are genuinely at a distance from Bilour's remarks. They do not want the protests to continue for a long period. In fact, the PPP announced the holiday on Friday to pacify the people, but to their shock the extremists took advantage of the holiday and made things very violent," Ahmed said.

The PPP was never completely secular, and people should not expect a progressive stance from their leaders, said Kutty. "The PPP has only been very opportunistic. I wish it had taken a strong liberal stance on the issue but the way they reacted to the whole thing was unfortunate," he said. 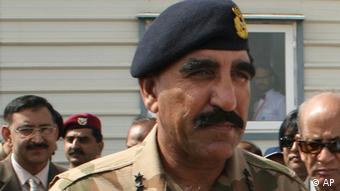 Satti said that the ANP was undoubtedly a secular party, but as a political party they had to contextualize things, adding that liberal parties in other parts of the world made statements to please right-wing voters.

Ahmed said that the Pakistani politics had changed drastically after the separation of Pakistan's eastern wing - now Bangladesh - and had tilted more towards the right.

"The ANP, which used to be the National Awami Party (NAP) in the 1960s, and said in its manifesto that it believed in secular politics, took a U-turn in the early 1970s and took out the 'secular' part from their manifesto. Now it focuses more on nationalistic politics," Ahmed said. "But the ANP and the PPP are relatively more secular than others."

Many political commentators and rights activists in Pakistan say that, irrespective of what different political parties and political leaders say and stand for publicly, the Pakistani state policy has always been about supporting the Islamist ideology and the extremists. The parties and individuals, they say, do not matter much when it comes to the state policy, which is mostly determined by Pakistan's powerful army.

"In Pakistan, religious groups and organizations enjoy state patronage and flourished at the expense of other groups, which were snubbed by the Pakistani establishment," commented Pakistani historian Dr. Mubarak Ali in an interview with DW.

Experts say that it is unlikely that the Pakistani state will change its longstanding policy of supporting Islamist extremists in future despite claiming that it is countering extremism in the country. They say that religious frenzy in any form suits the country's establishment, which uses it to keep domestic affairs in its control and use it as a bargaining chip in its relation with the West.