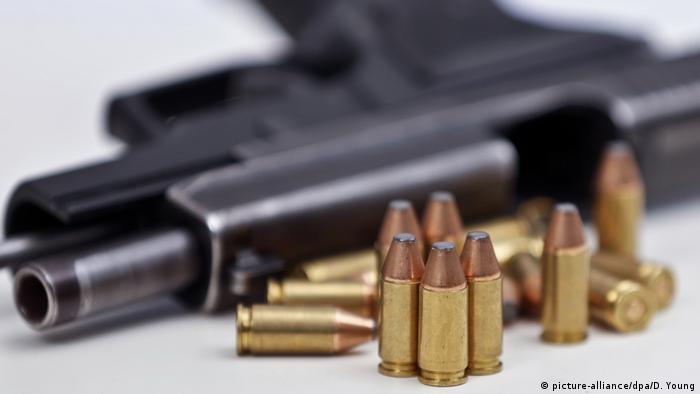 A Pakistani man who fled after allegedly shooting dead his two teenage cousins in an apparent honor killing has been arrested, a local police official said on Thursday.

According to investigators, the killings were carried out in response to a video, filmed about a year ago but which only surfaced on social media last week, showing the girls kissing a man.

Their cousin, Mohammad Aslam, was reported to be angered by the footage and accused them of damaging the family's honor and shot them dead.

The killings took place last week in a village in North Waziristan, a former tribal area that served as a Taliban stronghold until recent years.

Aslam, who fled after the alleged murders, was detained following a five-day manhunt.

The man seen kissing the two sisters was detained earlier and later confessed in court that he had recorded the 52-second video, according to the Pakistan daily Dawn.

"We are also questioning the father and brother of the two girls to determine whether they played any role in the murder," said Shafiullah Gandapur, a district police chief.

Dawn cited police as saying the family of the deceased had kept the killings a secret.

The killings drew criticism from local politicians and activists alike. National assembly member for North Waziristan, Moshin Dawar, wrote on Twitter that "honor killings are an extreme expression of patriarchal violence, and the practice has to be condemned in the strongest terms."

Ziauddin Yousafzai, the father of Malala Yousafzai, who was shot by a Taliban gunman in retaliation for her campaigning on education for girls, wrote: "I strongly condemn the killing of the two teenage girls in the name of honor … Shame on all those men who are silent or apologetic to protect the inhuman patriarchal norms."

The latest killings have drawn parallels with the 2012 Kohistan video scandal, which saw three women killed after footage emerged of them singing and clapping while two boys danced in a remote part of the country.

Read more:  A daughter killed by her family – a story of love and 'honor'

Such murders continue to be a significant issue in Pakistan, where nearly 1,000 women are killed by close relatives each year. Their actions are often perceived as violating norms on love and marriage in the conservative Muslim country.

Kissing in public is illegal and couples engaging in such displays of affection are usually detained and fined.

Four years ago, the country's parliament ordered a mandatory 25-year prison sentence for anyone convicted of an honor killing.

However, due to endemic corruption in a strongly male-dominated society, police often refuse to take the word of a woman over a man.

Umer Ali contributed to this report.