Is Pakistan prepared to deal with climate migration? | Asia | An in-depth look at news from across the continent | DW | 04.01.2021

Is Pakistan prepared to deal with climate migration?

Environmentalists have expressed concern over a massive climate-induced migration in various parts of Pakistan and the government's apathy toward tackling a serious problem. 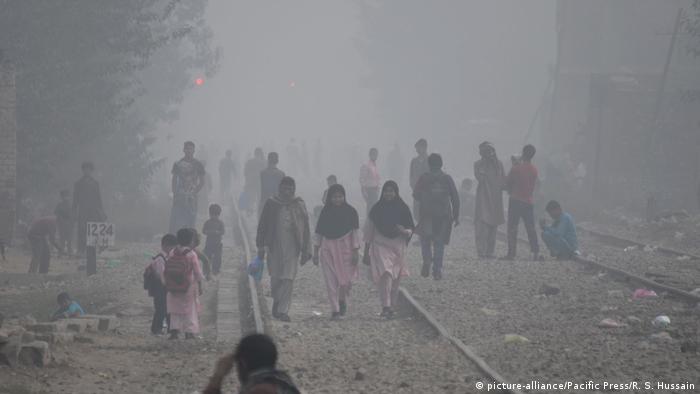 A report by ActionAid International and Climate Action Network South Asia recently revealed that in the past few decades, more than 18 million people in South Asia have been forced to migrate due to climate change. By 2050, up to 63 million people could be displaced as a result of it, the report said.

Many of these environmental migrants are from Pakistan, which has been hit hard by climate change.

In the past decades, the South Asian country has witnessed a drastic change in rain patterns and an increase in droughts and floods. At the same time, experts say ground water is rapidly depleting across the country.

Sitara Parveen, an environmental expert, told DW that the northern Gilgit-Baltistan area and the southern coastal belt of Sindh have been worst hit by climate change.

"Northern glaciers are melting as a result of rising temperatures. It has triggered flooding in some areas, and at the same time we see a shortage of water in some parts of the country. This has affected our agriculture sector and has forced thousands of people to migrate to other areas," Parveen said.

"Similarly, in the southern Sindh province, we are experiencing a rapid sea intrusion. The fishermen are losing their livelihood, and many of them are forced to move to other places," she added.

Experts say that more than 1.2 million acres of land in Pakistan have been invaded by sea in the past decades, leaving tens of thousands of people with no option but to migrate and search for an alternative livelihood.

Arif Mahmud, a former lecturer at Islamabad's Quaid-e-Azam University, says that severe droughts in parts of rural areas in Sindh and Punjab provinces are also forcing people to migrate to cities, resulting in an overpopulation in metropolises.

Irfan Choudhary, a Faisalabad-based environmental expert, says that Pakistan is witnessing severe droughts more frequently than ever. "It is happening because of a changing rain pattern caused by climate change," he told DW.

Choudhary says the situation is negatively impacting the country's agriculture sector, which is a source of livelihood for millions in Pakistan.

Farooq Sulehria, a Lahore-based academic, says that Pakistan is losing around $2 billion (€1.63 billion) annually because of climate change. "It is causing multiple problems in the country. Floods caused by climate change are the major reason behind environmental migration. The 2010 floods damaged around 132,000 square kilometers of area, killing some 2,000 people, and affecting at least 20.2 million people," Sulehria told DW.

Amir Hussain, an Islamabad-based expert, says the 2010 floods triggered one of the largest climate-induced displacements in human history. "Pakistan should spend at least 7% of its GDP to deal with the adverse effects of climate change," he told DW. 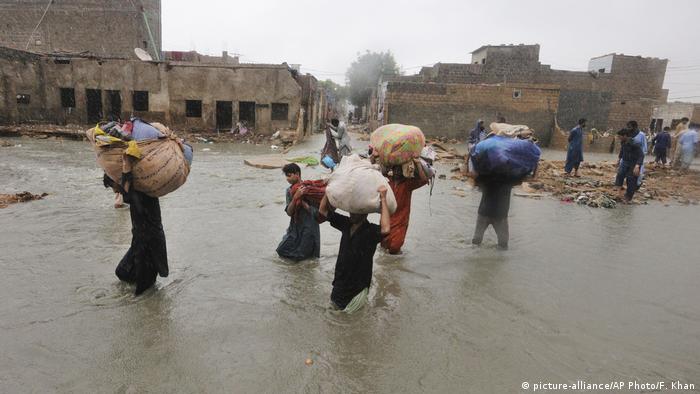 Sulehria believes the government faces a difficult job dealing with the situation. "In the next 30 years, Pakistan needs between $7-$15 billion to tackle this issue. This cannot be done without the support from the international community."

Analyst Mahmud says it is high time the authorities step up their efforts to deal with the climate change crisis. "The government needs to offer alternate livelihoods to people migrating from the coastal areas. For instance, they can be useful in the artificial fish farming business," he suggested.

Prime Minister Imran Khan's government denies allegations that it is not taking the issue seriously.

"The migration phenomenon is linked to an overall environmental degradation. We are trying to address the issue by planting trees and promoting sustainable ways of power generation. We have recently scrapped coal power projects and ensured that no coal plant is installed in the future," Khial Zaman Orakzai, a member of the Parliament's Climate Change Committee, told DW.

Orakzai says mitigating the impacts of climate change is a long-term plan. "It will also prevent climate migration," he said, adding that Pakistan can't tackle the situation alone.

"The international community must help us. Pakistan contributes very little to the global carbon emissions but suffers a great deal as a result of environmental pollution caused by industrialized countries."

Pakistan's federal government is planning to build modern cities on the Bundal and Dingi islands, which could ease pressure on Karachi, the country's financial hub. Experts say it would be an ecological catastrophe.