In the wake of his wife's blasphemy conviction being overturned, Ashiq Masih told DW that his family must constantly move due to threats of violence. He fears his wife may be attacked in prison before her release. 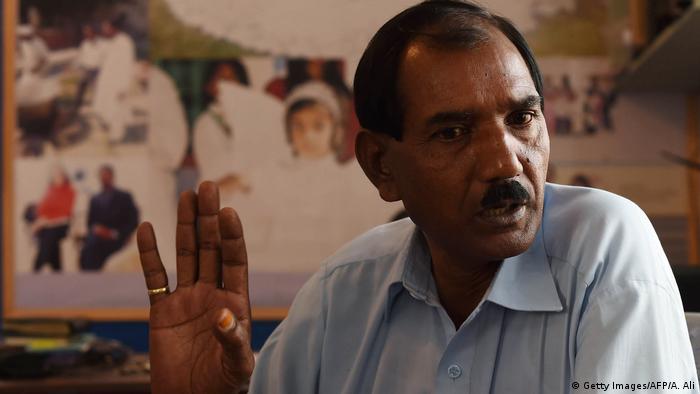 Ashiq Masih, the husband of a Christian woman whose acquittal on blasphemy charges has shaken Pakistan, told DW on Saturday that he is worried for his wife's safety. 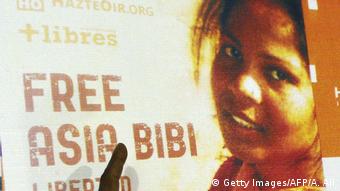 Asia Bibi had been on death row since 2010

But on Wednesday, Pakistan's Supreme Court ruled that there was not enough evidence against her and ordered her release, though not until after the court makes a final review of its verdict. The decision prompted angry protests by the Islamist Tehreek-e-Labbaik party, which only ended after the government under Prime Minister Imran Khan agreed to bar Bibi from leaving the country and to release a number of arrested protesters.

What is your reaction to the agreement reached between the fanatical group of Tehreek-e-Labaik Pakistan and the government?

The agreement has sent a shiver down my spine. My family is frightened, my relatives are frightened and my friends are also frightened. This agreement should never have been struck. The three judges delivered the verdict after taking into account all aspects of the case, analyzing all factors, studying the contradictions and basing everything on facts. Therefore, the government should not have come to such an agreement. I think the Supreme Court should take notice of this.

What will happen now?

My wife, Asia Bibi, has already suffered greatly. She has spent ten years in jail. The verdict of the Supreme Court had created a ray of hope; we were excited that we would meet her soon. My daughters were dying to see her free, but now this review petition will prolong her plight. She will have to stay in jail until the review petition is decided.

Will there be pressure on the judiciary now?

The judiciary is very courageous. It has really decided the verdict on merit. But now during the review petition, the clerics might gather outside the Supreme Court and try to influence the verdict. It is wrong to set a precedent in which you pile pressure onto the judiciary. I went to session court, where I could see that the judge was under tremendous pressure to convict Asia. The lower court gave the decision against us but we did not threaten any judge, nor did we say anything against him. We went to Lahore High Court and the decision was upheld; we did not say anything against the judiciary, preferring to wait for years, but now when the decision has come in our favor these people want it to be reversed. Clerics want to prove that the Supreme Court is wrong. This is a negative trend. Despite all this we hope that the verdict will be decided on merit in the review petition.

Read more: The case of Asia Bibi: A husband fights for his wife 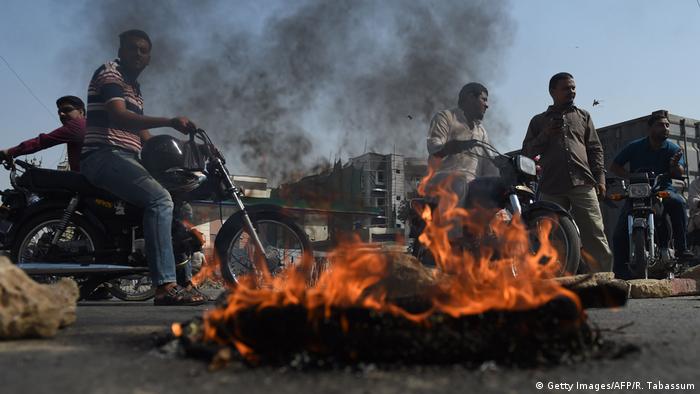 Will you feel safe going to the Supreme Court to attend the review petition?

The current situation is very dangerous for us. We have no security and are hiding here and there, frequently changing our location. I think that the clerics will encircle the Supreme Court on the day of the hearing. I will really feel very afraid of going on that day. But I think God has been protecting us and he will also continue to protect us. I place all my trust in God.

What is the condition of Asia Bibi?

I did not meet her after this verdict, but when they reserved the verdict after the hearing I met her. At that time she said that she would accept whatever verdict the court would deliver. The situation is dangerous for Asia. I feel that her life is not secure. We must remember that two Christian men in Faisalabad were gunned down years ago after a court set them free. They were also accused of blasphemy. So, I appeal to the government to enhance Asia's security in jail.

This interview was conducted by S. Khan, DW Asia correspondent in Islamabad, and edited for clarity.