The Supreme Court's decision to acquit Asia Bibi, a Christian woman who had been condemned to death on blasphemy charges, is positive, but Pakistan needs procedural changes to amend controversial laws, says Anis Haroon. 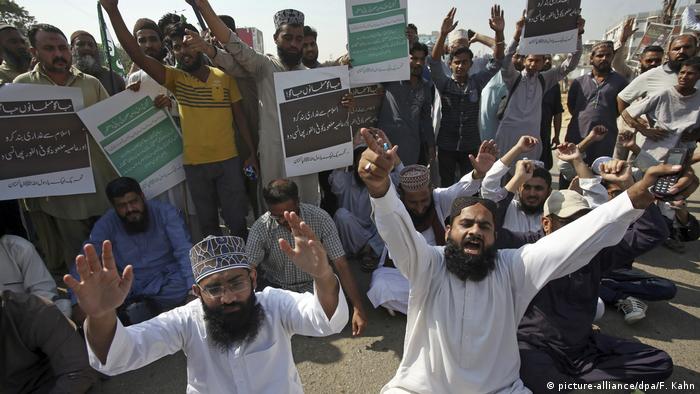 Rights groups had expected that Asia Bibi would get some kind of relief from Pakistan's Supreme Court. We had been quite optimistic since the Supreme Court judges reserved their judgment on Bibi's appeal case earlier this month. But we were not sure what the final verdict would be. So, when we heard the ruling today, we were truly ecstatic. We thought that we won the battle for justice.

I have been working as a human rights activist for decades. I was also chairperson of the National Commission on the Status of Women at the time when Bibi was arrested on blasphemy accusations, so I experienced the whole issue very closely. At the time, Bibi was writing letters to the government, parliament and other officials for her release. But things worsened by the day, and human rights lawyer Rashid Rahman was gunned down. No lawyer was ready to take up Bibi's case. We definitely went through a tough time but did not give up on our struggle. We kept demanding that Bibi needs to be released.

Bibi's acquittal, however, does not diminish her ordeal. Not only she, but her entire family suffered for nine years. Many lawyers and activists lost their lives in the struggle against blasphemy laws.

And we are still very much concerned about the judgment's focus on the blasphemy law. Women's rights groups have been demanding procedural changes to the law for decades. I think the time has come that lawmakers must do something about it and liberate people from fear and vulnerability. 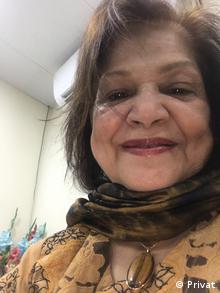 Anis Haroon is a leading women's rights activist in Pakistan

The way the verdict has been written demands our attention. At the same time, I understand that the judges also needed some protection, so they also had to pacify religious groups.

But the best thing now would be to look at the laws and make it impossible for anyone to go to a police station and register a blasphemy case against anyone.

Writ of the government

The violent reaction from religious groups following Bibi's acquittal is worrisome. Where is the writ of the state? Why are these people not being controlled? They are agitating in many cities, stopping the traffic, attacking citizens.

The government must also provide security to judges and lawyers, Bibi's family, as well as human rights defenders, who could be targeted after this verdict.

Each time something happens in favor of women, which is also very lawful and constitutional, hate-mongers are given a free ride to take to the streets and protest.

In contrast, when peaceful people — like students, professors and doctors — rally for their rights, they are beaten up by authorities.

It is a good decision but a lot more needs to be done to deal with real issues facing Pakistan.

Anis Haroon is a veteran Pakistani women's rights activist and former chairperson of the National Commission on the Status of Women. She is also a senior official of the Aurat Foundation, a women's rights NGO.