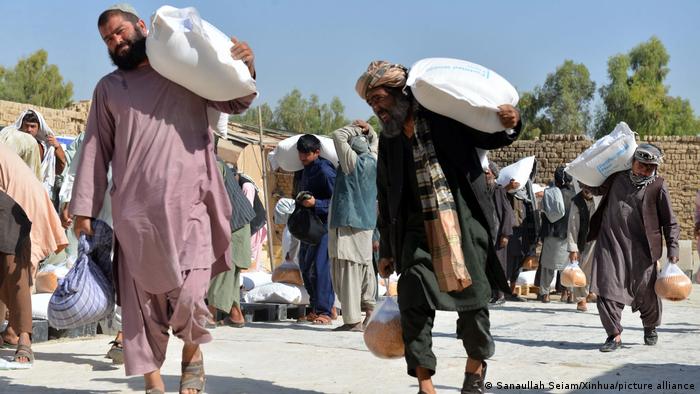 The number of people facing acute hunger has more than doubled in the world's climate change hot spots, according to an Oxfam report released on Friday.

The report found that extreme hunger has risen by 123% over the past six years in Afghanistan, Burkina Faso, Djibouti, Guatemala, Haiti, Kenya, Madagascar, Niger, Somalia and Zimbabwe — the 10 countries with the highest number of United Nations aid appeals driven by extreme weather events.

Across these countries, 48 million people are estimated to suffer from acute hunger, which is defined as hunger resulting from a shock and causing risks to lives and livelihoods. In 2018, that figure was 21 million people.

"Climate change is no longer a ticking bomb, it is exploding before our eyes," Oxfam's international chief Gabriela Bucher said.

"It is making extreme weather such as droughts, cyclones, and floods — which have increased five-fold over the past 50 years — more frequent and more deadly."

Drought, war put Somalia on the brink of extreme hunger

Oxfam said climate-fueled hunger is a "stark demonstration of global inequality" because the least-polluting countries are the most affected by droughts, floods and other extreme weather events.

"They must pay for adaptation measures and loss-and-damage in low-income countries, as well as immediately inject lifesaving funds to meet the UN appeal to respond to the most impacted countries," Bucher said.

The UN humanitarian appeal for 2022 comes to $49 billion, which Oxfam noted was equivalent to less than 18 days of profit for fossil fuel companies, when looking at average daily profits over the last 50 years.

After devastating floods affected 33 million Pakistanis in August, a new study confirms that global heating had a probable impact.

Climate change, the COVID-19 pandemic and the war in Ukraine have left millions in urgent need of food. A new report has warned 40 million may go hungry in West Africa if nothing is done.