The Dutch capital is now pushing back in an attempt to keep the city attractive to visitors and residents alike. But some say it's not going far enough. 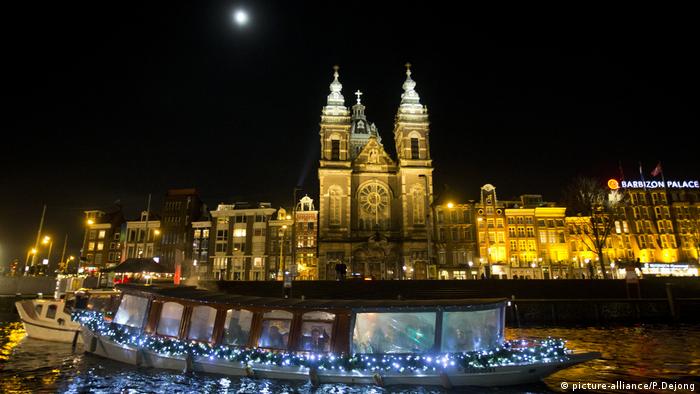 A group of cyclists slams on the brakes as a man pushing a wheeled suitcase stops abruptly in the middle of a busy bike path in downtown Amsterdam to pick up a toiletries bag he dropped. "If we wait a bit longer, he'll probably start cleaning his teeth," one rider says to his neighbor, humor failing to mask his frustration. It's a scene that is emblematic of the problem of overtourism that is clogging the streets of cities like Amsterdam, Rome, Barcelona and Venice. The Dutch capital, with its World Heritage-listed canals, narrow streets and web of alleys in its red light district, is now pushing back in an attempt to keep the city attractive to visitors and residents alike. But some say it's not going far enough.

A toxic mix for local residents?

Overnight stays in hotels here rose from just over 8 million in 2006 to 14 million in 2016. The number of people visiting the Anne Frank House has set records seven years in a row, to nearly 1.3 million last year. 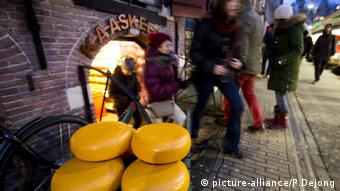 A cheese shop in Amsterdam

Every weekend, the heart of the city is overrun by foreigners in strip joints and seedy bars. They gawk at scantily-clad prostitutes flaunting themselves behind windows in the red-light district, and they jam cafes where marijuana is permitted. City alderman Udo Kock has a message for the drunken revelers: "If the only reason for you to visit Amsterdam is to get loaded, to get stoned out of your mind, look, we can't hold you back from coming, but we don't want you here." It's not just the young visitors arriving via budget airlines, staying at cheap hostels and hotels. Add crowds of day-trippers from cruise ships moored nearby and Airbnb guests shoving suitcases noisily along cobbled streets and you have a toxic mix for local residents 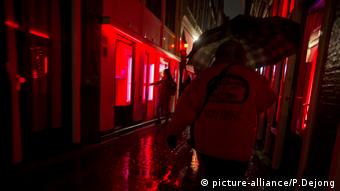 A narrow alley in the Red Light district in Amsterdam

With attractions such as the Van Gogh Museum, Rijksmuseum and Anne Frank House, Amsterdam has plenty of places of interest beyond the red-light district. Tourists pump cash into the economy and create jobs, but the impact of millions of visitors on a city of 850,000 is high. "It hurts the character of the city, There are really neighborhoods where you simply see that the people that used to live there don't want to live there anymore," Kock said. "That's where the problem lies. How do you maintain the balance so that the old city doesn't become a ghetto where there are no shops, no facilities that locals are interested in?" said Stephen Hodes, co-owner of leisure industry consultancy LAgroup and founder of Amsterdam in Progress, an independent think tank.

Musician Kyra Philippi lived with her family in Amsterdam's historic canal ring until budget hotels and Airbnb rentals transformed the neighborhood. Philippi's quiet street became a busy path between downtown and the budget hotels. Airbnb guests began partying in a communal garden. "We were living in a really old beautiful canal house and it was super noisy," she said. "We couldn't really enjoy being there so much anymore." With three children, the family relocated to a quiet neighborhood on the city's edge. Amsterdam is trying to regulate the problems, but Kock said "there is no golden bullet. It's such a complicated problem that you have to use every policy measure that you can possibly find, big and small. Everything. And you have to be creative." Windmills are a typical souvenir from the Netherlands

"Overtourism will be a tough beast to tame"

Among the many changes Amsterdam has enacted or is considering: halting construction of new hotels; banning "beer bikes," which are large, slow, pedal powered bars; shifting the cruise ship terminal out of the city center and outlawing new tourist-only stores in the oldest part of the city and its busiest shopping streets. 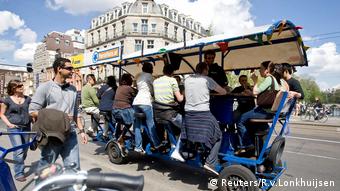 One of the biggest deals was with Airbnb, which agreed to enforce a 60 day-per-year limit on Amsterdam properties and to collect tourist tax for the city from renters. Another proposal is to change the way the tourist tax is levied, from a percentage of hotel room rates to a flat rate. That would hit lower-priced rooms harder and perhaps be a disincentive to budget travelers. Changing the tax formula might encourage more growth "from the higher end of the market and less of that growth will come from the lower end of the market," Koch said. But Hodes says the tax plan and other measures are not enough. "It's all symbolic. The problem is radical and the only way to change radical problems is radical solutions," he said. 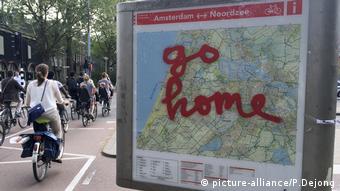 Graffiti "go home" on a map of bicycle paths at Vondelpark

Hodes advocates a halt on building new hotels, not just in Amsterdam but also in the region around the city, ending cruise ship tourism and rigorously enforcing a recently approved ban on touring cars entering the city. But he concedes that overtourism will be a tough beast to tame. "No one (anywhere in the world) has come anywhere near solving this problem," Hodes said. "The problem is much bigger than we're able to handle at the moment."

The Dutch capital has banned the pedal-powered bars following complaints of unruly behavior by inebriated tourists riding them. The ban has come into effect. (01.11.2017)

Party tourists are not welcome

Last weekend, yet another anti-tourism demonstration took place in the city of Palma de Majorca. How much tourism is too much? DW talked to Torsten Kirstges, an expert on tourism, to learn more. (22.09.2017)

Living next door to tourism in Berlin

Berlin's popularity with tourists is growing, but so is local residents' resentment: noise, rubbish levels and prices are rising. Is the tourism boom backfiring? We assess the mood in Berlin's Kreuzberg district. (22.11.2017)