Tourists continue to stay away from Prague because of the COVID-19 pandemic. But at some point, they will return. Will they once again come in masses? Or has the city found a secret recipe to combat "overtourism"? 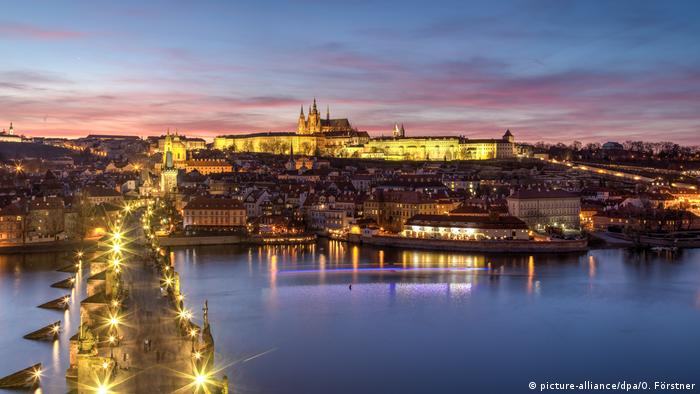 Where just a year ago tens of thousands of people were crossing the Vltava River every day, this summer it is very relaxed. It is mainly locals and Czech tourists who stroll across the picturesque Charles Bridge in the heart of Prague.

Foreign guests are staying away for the most part because of the COVID-19 pandemic.

In the meantime, the city has adapted to the situation. Hotels, restaurants and pubs have lowered their prices. Suddenly, billboards and signs display Czech instead of English. Even apartments in prime locations, which used to be rented expensively to foreign tourists via Airbnb, are now affordable again for the people of Prague. 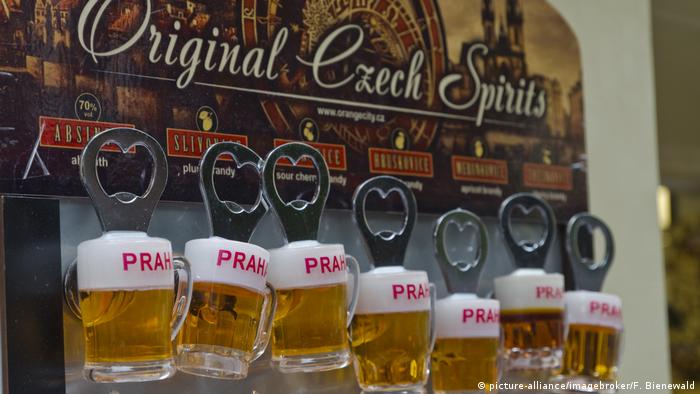 Souvenir shops have pushed the stores out of the old town

Nevertheless, Prague feels like an abandoned Disneyland, says Janek Rubes. Over the years, the entire city center has adapted to tourists. Now no one needs the countless souvenir shops and money exchange offices that have completely replaced the stores for the daily needs of the residents.

Rubes is a journalist and runs the YouTube channel "Honest Guide", on which he introduces his hometown to an audience of millions, beyond the typical sights. "The situation before the coronavirus was unbearable," Rubes told DW. "You felt strange, as if you no longer belonged to this city. It was clear that something had to be done."

More than 8 million tourists visited Prague in 2019, most of them congregating on just one street, the so-called Royal Route, which leads from the Old Town across Charles Bridge to Prague Castle. The district through which the approximately 2.5-kilometer (1.5-mile) path runs has just 30,000 inhabitants.

Even though it doesn't feel that way during the pandemic, like Amsterdam, Venice or Dubrovnik, Prague also has a problem with "overtourism." 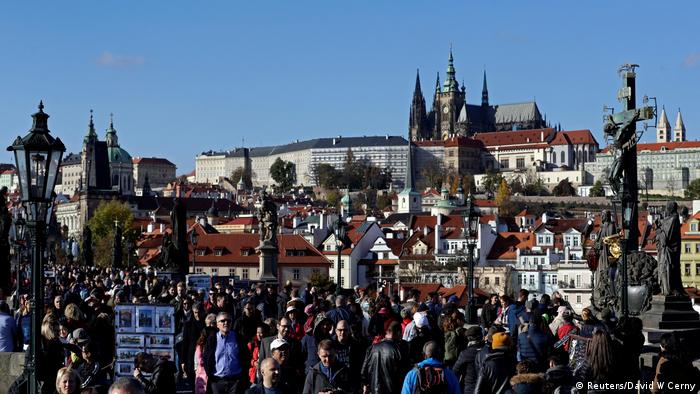 The city government now wants to act and prepare Prague for the future. "During the COVID pandemic we worked on improving the framework conditions for tourism in Prague," Prague's Mayor Zdenek Hrib told DW. The city has closed fraudulent exchange offices and other tourist traps, he explains. They had been a "disgrace for Prague."

They also issued a set of rules and regulations for cafés. In the future, they are to move their outdoor operations to the side streets of the Royal Route, if possible. This is intended to disperse the stream of tourists a little, explains Hrib.

In addition, in the future, targeted events held outside the city center and in the off-season are to obtain more promotion. 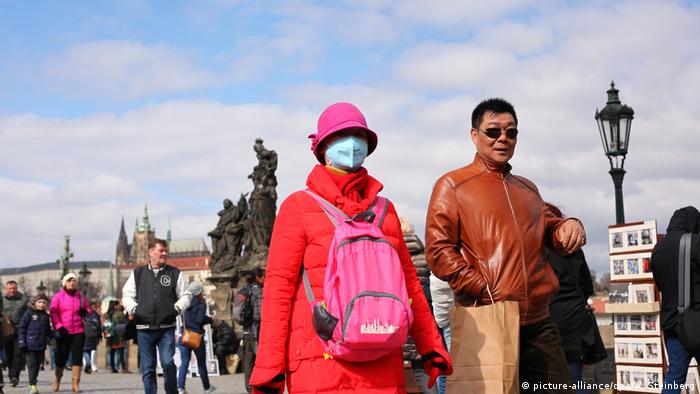 Plenty of space to stroll: The Charles Bridge in spring 2020

Prague has for some time been taking action against rampant party tourism. In March 2019, the city even appointed a "night mayor" for this purpose, to ensure that residents around the pubs and clubs can sleep in peace.

Posters throughout the city ask tourists to be quiet on the streets at night. Anyone who does not comply could face a fine of up to €400 ($475). Tougher action is also being taken to curb events like pub crawls. Bars that take part in them must now expect stricter regulations and controls.

Other cities suffering from overtourism have adopted similar measures. However, even before the COVID crisis, it became apparent that most of them were more cosmetic corrections than radical reforms. The trend is clear: Worldwide tourism will continue to grow, even if the coronavirus pandemic has temporarily caused great damage to the industry. 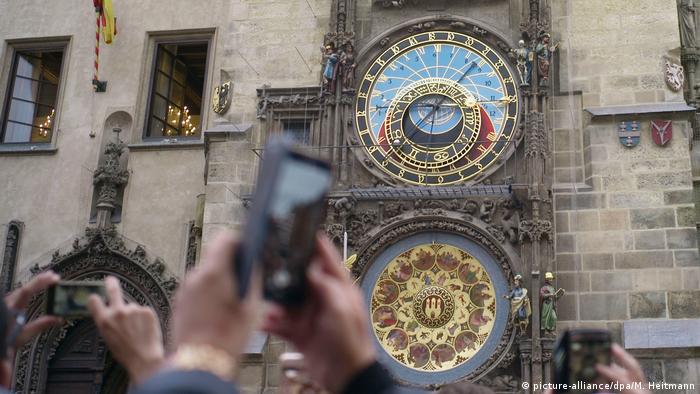 Miroslav Roncak has been working in the tourism sector for more than 25 years and is researching the topic of overtourism at the University of Olomouc. "The city government's measures are interesting and could make tourism in Prague more sustainable," he told DW. However, they must also be strictly enforced.

For a long time, the city had only focused on the money that tourists bring to Prague, without considering the consequences. That is slowly changing, says Roncak. But unlike cities like Vienna  or Copenhagen, Prague does not yet have a clear vision for more sustainable tourism.

Step by step against mass tourism

For Prague's mayor Zdenek Hrib the key lies in regulating accommodation for tourists. "We must tackle the Airbnb problem first, otherwise we have no control over how many tourists come to Prague," he says. 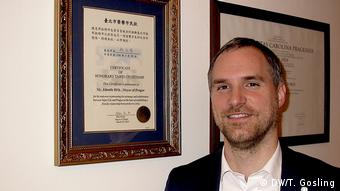 Hrib has now submitted a draft law to the Czech parliament that would allow him to restrict rentals via platforms like Airbnb. Entire apartments will no longer be allowed to be rented out at all, but only rooms in apartments where the owner themselves live.

Accordingly, barely 80% of the over 13,000 apartments, which Airbnb alone offers in Prague, would no longer be allowed to be offered via the Internet portal. The measure might eventually make renting Prague apartments to locals more lucrative than short-term rentals to foreign tourists.

Tourism researcher Miroslav Roncak also considers regulating Airbnb and similar platforms to be important. This alone would not solve the overcrowding of the city, however. The only way out is a holistic solution, he says. "All those involved must develop a common strategy", says Roncak. Hotel and restaurant owners, the city government, city planners and the residents of Prague must all participate in this process. "The problem is that they all have different interests," says Roncak.

Radical measures to combat mass tourism are therefore unlikely to be taken in the future — neither in Prague nor in other cities affected by overtourism. Rather it is a permanent process, says Miroslav Roncak: "If all those involved pull together, it would be possible to find a long-term solution — step by step."

Quiz: What do you know about Prague?

Joining the masses of tourists on Charles Bridge is as much part of a visit to Prague as beer and dumplings. But what else does the city have to offer? Test your knowledge.

Travel tips for the Czech Republic

The Czech Republic is not only worth a city trip to its capital. Between Prague and Pilsen tourists will find historical spa culture, rustic mountain worlds, modern architecture and traditional beer enjoyment.

Away from the crowds: 10 alternative travel tips

Love city trips, but don't want the jostling and shoving that comes with crowds? Here are ten tips for quieter, yet exciting alternative destinations in Europe.

Venice’s high season: all dried up