Plans by Poland's government to allow the hunting of a limited number of wild bison, which proponents say are threatened by illness, have caused outrage among environmentalists. 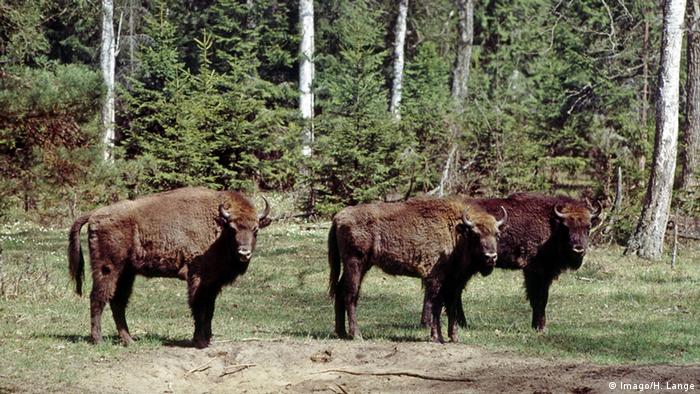 "We call for a halt to plans for killing bison, especially for commercial purposes," said Robert Cyglicki, director of Greenpeace Poland in a statement. "The bison is not only a great and rare animal, but also a symbol of Poland's nature, protected by Poland and the EU."

The activists have already collected more than 23,000 signatures, asking Polish Prime Minister Beata Szydlo put a stop to the plan.

Aside from the famous American buffalo, the European bison - also known as wisent, or the European wood bison - is the only surviving bison species in the world. By the early 20th century, the animals had been hunted to extinction in the wild.

Animals bred in captivity were eventually reintroduced into the wild in several countries, including Poland and Germany. Nonetheless, the International Union for Conservation of Nature (IUCN) still classifies the wisent as a vulnerable species.

Poland's environmental authorities have granted permission for hunting 10 bison in the Borki Primeval Forest. They argue that the herd there is too large and threatened by tuberculosis. 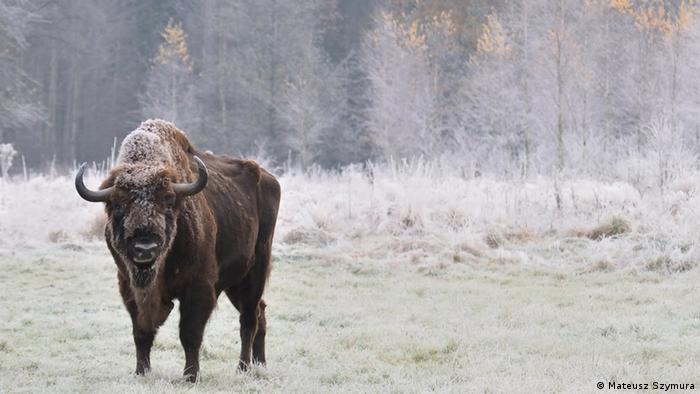 Due to ecosystem changes, wisent reintroduced to the wild are given supplemental food in the winter

In 2016, 15 calves were born, bringing the total number of animals in the area to 111 - but the government wants to maintain a population of 95 by eliminating weaker animals.

"The deliberate killing of protected animals must be preceded by a thorough scientific assessment, consistent with current knowledge on the protection of species of wild animals," Cyglicki argues, calling for the government to conduct such an assessment.

There is a commercial aspect to the government's plans as well: Revenue from the sale of hunting permits is supposed to pay for supplemental winter fodder and care of the herds.

"The killing of protected animals should be a last resort," the Greenpeace petition concludes.

The European bison was on the brink of extinction, but the shaggy creatures are making a comeback. Now, a small herd are to be released into Germany's forests - the first bison to roam here in nearly a century. (02.10.2012)

Meet the pilot who quit flying because of the climate crisis

How do we fight fire as temperatures rise?

As wildfires again burn out of control in the US and southern Europe this summer, new strategies to prevent climate-fueled infernos include fighting fire with fire.