Envoys have reached an outline for a UN global climate pact to be reached in Paris in five weeks. The five day negotiations in Bonn have been marked by fractious arguments between developed and developing countries. 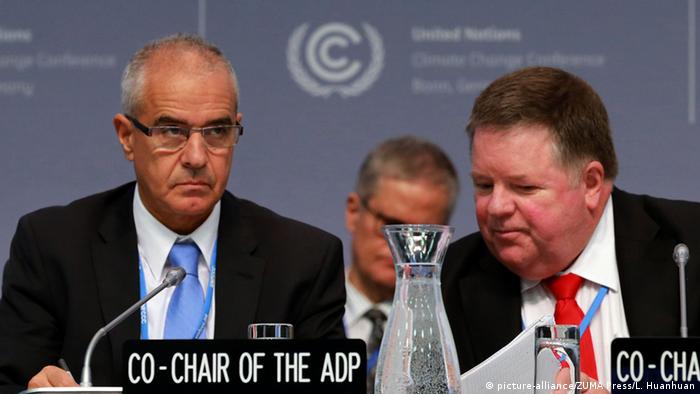 A 20-page document put forward by developed countries on Monday had morphed into 55-pages at the close of negotiations on Friday night, after developing countries insisted their demands were cut and should be reinserted.

The five day meeting that was supposed to create a clear and concise outline for global leaders to negotiate a climate pact in early December partially met its goal, but revealed deep divisions between developed and developing countries that have hampered previous attempts to reach an international consensus.

"The bad news is that it is no longer a concise text," UN climate chief Christiana Figueres said at the conclusion of talks. Todd Stern, the US climate chief said the large text was expected and envoys would continue to focus it down in Paris. "It's what we have and we'll go to work," Stern said, adding he believed negotiators could reach a final deal.

The document contains 1,490 brackets, each of which is a point of contention that remains to be negotiated.

"We didn't really enter in a negotiation. We can't repeat that next time" in Paris, said French climate envoy Laurence Tubiana

The key issue came down to finance, which Western negotiators said was not a surprise, as developing countries sought assurances and support to help them move to cleaner energy and adapt to climate change.

Nozipho Mxakato-Diseko of South Africa, who chairs a developing country bloc of 134 countries, said the Paris talks "will be judged by what is contained in the core agreement on finance. For us, that will be the yardstick for success."

The funds are to be used to help developing countries integrate more renewable energies and adapt to climate change, whether rising sea levels in the case of island states or changing weather patterns.

Developed economies were opposed to the rich-poor dichotomy. "We strongly oppose that division," Michel Rentenaar, the Netherlands climate envoy, told AP. "If there is a division, it's perhaps between those who want an ambitious accord and those who don't."

However much finance remained a sticking point in this week's negotiations, European Union negotiator Sarah Blau said much was already happening outside the negotiations that could resolve some disputes.

The Bonn talks, she said, were "somehow detached from what's happening really on the ground." She cited China's pledged last month of $3.1 billion to help developing countries, which is not included in the $100 billion target.

The road to Paris

The document approved on Friday is likely to go through some edits and revision ahead of a final meeting of global leaders between November 30 and December 11 in Paris to hammer out the first climate deal with commitments from more than 150 countries.

The 1997 Kyoto Protocol only included developed countries and did not include the United States, the second largest greenhouse gas emitter.

Still, even if a deal is reached at Paris there may still be an "emissions gap" between commitments and goals, meaning temperatures would rise to 2.7 degrees Celsius above pre-industrial levels instead of 2 degrees Celsius target.