The dictator, toppled in 2011, died at the age of 83 in Saudi Arabia on Thursday. 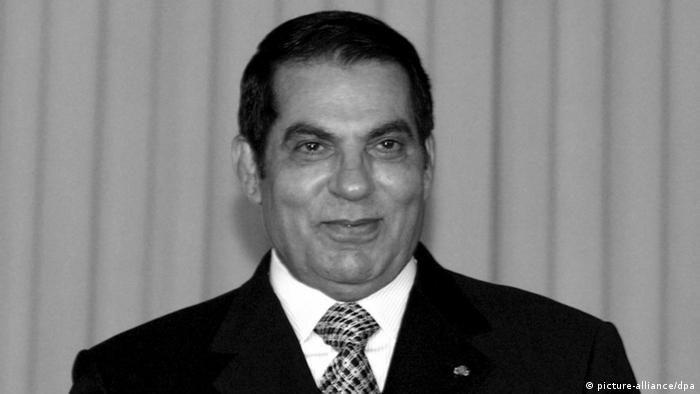 Zine El Abidine Ben Ali governed Tunisia for 23 years, from 1987 until 2011. His ouster allowed the country to successfully transition to democratic rule and inspired a series of similar revolutions in the region, collectively known as the Arab Spring.

Ben Ali was the first autocratic leader brought down by the uprisings that swept the region. Tunisia was the only Arab Spring country that made a peaceful transition to democracy.

"It is the end of dictators like him. We cannot forget that he destroyed our country...he gave orders to kill civilians in protests in 2011," 26-year-old Imad Layouni told Reuters in a Tunis coffee shop.

Rising unemployment and inflation sparked the revolt against the former president. Protests flared up, at times turning deadly for demonstrators as the police clamped down. Ben Ali fled the country for Saudi Arabia in January of 2011. In 2012, he was sentenced in abenstia to life in prison for his role in the protesters' deaths.

Tunisians went to the polls last week for their second-ever democratic presidential election. The vote was triggered by the death of President Beji Caid Essebsi at the age of 92 in July. Essebsi became the country's first democratically elected president in 2014, three years after Ben Ali's ouster.

Turnout for the most recent vote was 45%, said Tunisia’s election commission. A run-off election to be held in October will determine the country's next leader. It is widely seen as a stress test for the fledgling democracy. Tunisia continues to suffer from high unemployment and poverty rates.