When up to thousands of starlings swoop through the sky in unison — known as a murmuration — the mass aerial displays they produce are breathtaking. But how do starlings fly with such stunning coordination? 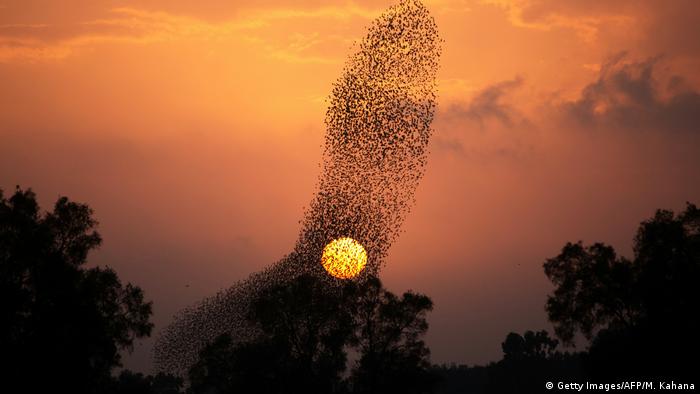 Hundreds, or even thousands, of starlings whirling through the air in coordination, creating constantly changing patterns across the sky, is a hypnotic sight. Such balletic feats of synchronized flying rarely fail to amaze, as this video below of the birds putting on a stunning display over the River Shannon in Ireland shows.

So how do the starlings manage to fly together with such impressive coordination?

The key to keeping in sync with the group — otherwise known as a murmuration — is to pay attention to just a few of them. Seven, to be precise. Although previous studies had found that this was the number of neighbors which individual starlings within large flocks respond to, it wasn't understood exactly why. 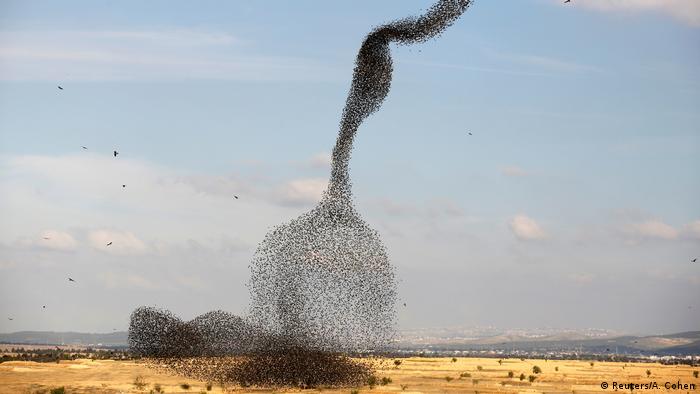 Starlings putting on a stunning murmuration display in Israel

So researcher George F. Young of Princeton University and his team set about trying to find out what was so special about the number seven by analyzing photos of starlings in flight. Then they used mathematical modelling to see how they maintained group cohesion.

Writing in the journal Plos Computational Biology, he and his team wrote: "Flocks of starlings exhibit a remarkable ability to maintain cohesion as a group in highly uncertain environments and with limited, noisy information."

They found that seven is the optimal number to balance "group cohesion and individual effort."

By paying attention to what seven of the birds flying nearest to you are doing, the whole flock can keep moving as one cohesive group. In other words, when a bird flying alongside you moves, so do you. 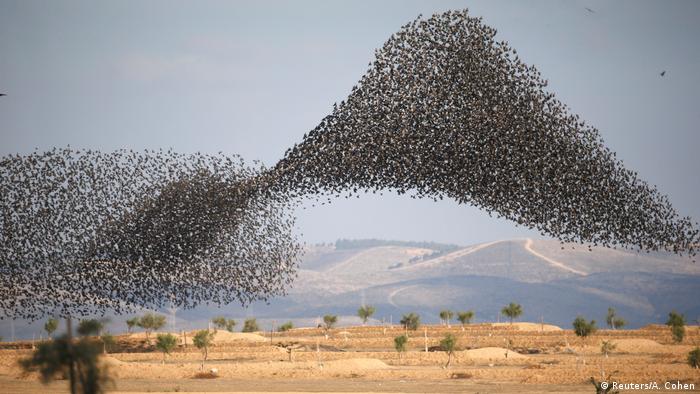 Why do they do it?

In winter, starlings form big communal roosts to keep warm. To do this, they gather together in large numbers as daylight fades. The large number and complex twisting movements are understood to help protect the flock by reducing the chance of attacks from other birds by offering safety in numbers.

Predators find it difficult to target one bird in the middle of whirling and swooping masses of thousands. The starlings, natives of Europe, Asia and North Africa, will then land in their roosting spot for the night. 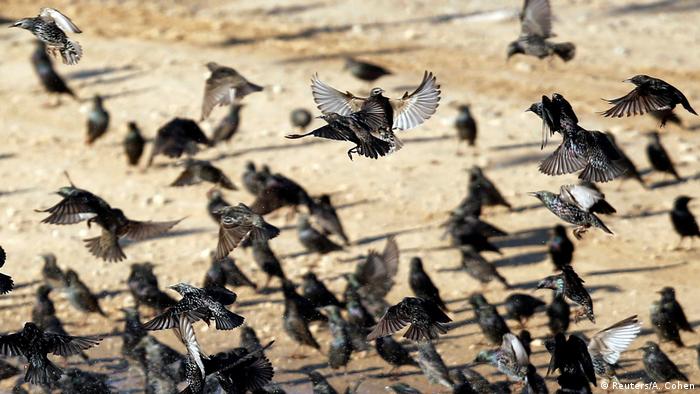 Starlings have also spread to other areas of the world, including North America, where they were famously introduced by Shakespeare enthusiasts in New York's Central Park in the 1890s. They wanted all the bird species mentioned by Shakespeare to live on the North American continent. With starlings, they certainly succeeded. The invasive species there now numbers 200 million.

For more starlings in action, check out this video below:

Sparrows and starlings are disappearing at an alarming rate in Europe. Richard Inger of the University of Exeter talks to DW about what is behind the decline and what can be done to stop it. (21.11.2014)

Starling - a bird in decline