South Africa's Supreme Court of Appeal has increased the Paralympian's jail term for killing his girlfriend Reeva Steenkamp to more than 13 years. Prosecutors had argued that the original sentence was "far too lenient." 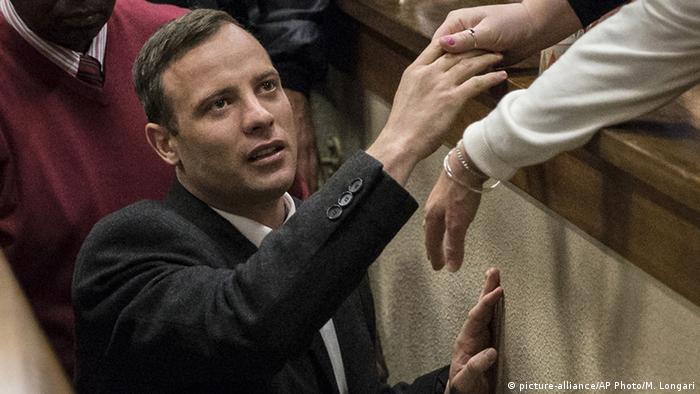 South Africa's Supreme Court of Appeal in Bloemfontein increased the prison sentence of former Paralympic champion Oscar Pistorius to 13 years and five months on Friday. The athlete had previously been sentenced to six years for the murder of his girlfriend, Reeva Steenkamp.

Pistorius shot Steenkamp in the early hours of Valentine's Day 2013, and has since maintained that he mistook her for an intruder.

The 31-year-old Paralympic sprinter was originally convicted of culpable homicide and given a five-year prison sentence. He was released after serving only 10 months and placed under house arrest.

The culpable homicide conviction was appealed by public prosecutors and Pistorius was charged with murder in 2016, resulting in the six-year jail term. That conviction was again brought to appeal by prosecutors for being "shockingly lenient." They argued that Pistorius had failed to show genuine remorse after killing his girlfriend.

"One of the essential ingredients of a balanced sentence is that it must reflect the seriousness of the offence," Andrea Johnson, of the National Prosecution Authority, told the court. 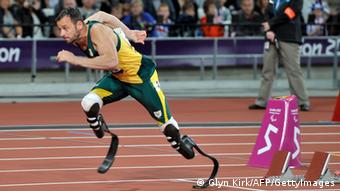 Steenkamp's family welcomed Friday's decision, saying that it showed that justice could prevail in South Africa.

"This is an emotional thing for them. They just feel that their trust in the justice system has been confirmed this morning," Tania Koen, a spokeswoman for the family, told the Reuters news agency.

Pistorius, a former Paralympic champion whose lower legs were amputated because of a congenital defect when he was 11 months old, first gained international notoriety in 2012 when he became the first amputee to compete in the Olympic Games.

The murder of Steenkamp by the man dubbed by the media as the "Blade Runner," for the J-shaped carbon-fiber prosthetics that he used when he ran, also drew mass media attention in South Africa and beyond.

South African prosecutors plan to push for a longer sentence for Oscar Pistorius, saying his six-year prison term was "shockingly too lenient." Many demand the standard 15-year sentence in the high-profile case. (21.07.2016)