South African prosecutors want a harsher prison sentence for Paralympian Oscar Pistorius, in jail for murdering his girlfriend in 2013. They have called his current six-year sentence "shockingly" lenient. 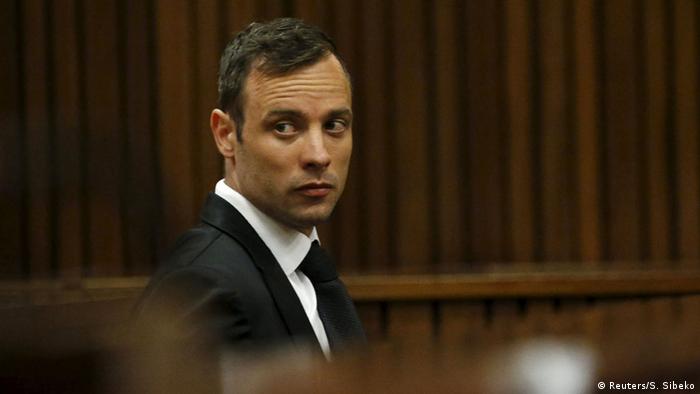 South Africa's state prosecutor sought permission to demand a prison sentence of at least 15 years for Paralympian athlete Oscar Pistorius as his case returned to court on Friday at the Supreme Court of Appeal in Bloemfontein.

"We don't have substantial and compelling circumstances to justify a lesser sentence," chief porsecutor Andrea Johnson told the courtroom.

Pistorius, who rose to fame as the first amputee to take part in the Olympic Games in 2012, is currently serving a six-year sentence for shooting dead his girlfriend, model and law graduate Reeva Steenkamp, at his home on Valentine's Day 2013. He claims that he believed Steenkamp to be an intruder when he shot her several times through the bathroom door.

An appeal by prosecutors two years ago at the same court led to Pistorius, 30, being convicted of murder, overturning a previous lesser verdict of culpable homicide, but he received just one year added to the original five-year prison sentence. 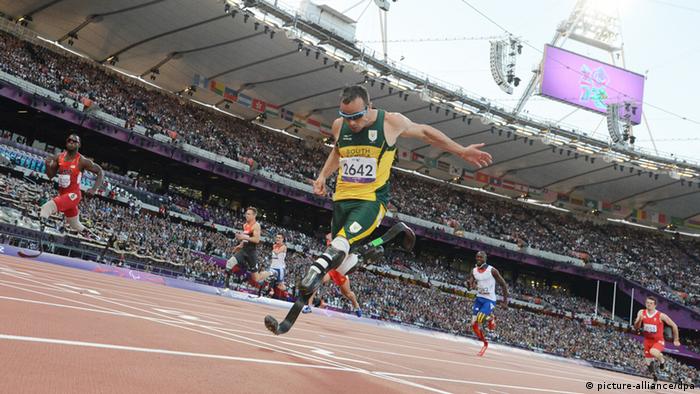 Pistorius aka 'Blade Runner' participating in the London Olympics was controversial

The prosecution argued on Friday that Pistorius's disability was no reason for a milder sentence and that he had not shown genuine remorse. Fifteen years is the prescribed minimum sentence in South Africa for murders without proven premeditation.

"The sentence "should send the proper message to society," Koen said on the eve of the trial. "Ultimately there must be justice for Reeva."

Pistorius did not attend the hearing on Friday.