South African prosecutors plan to push for a longer sentence for Oscar Pistorius, saying his six-year prison term was "shockingly too lenient." Many demand the standard 15-year sentence in the high-profile case. 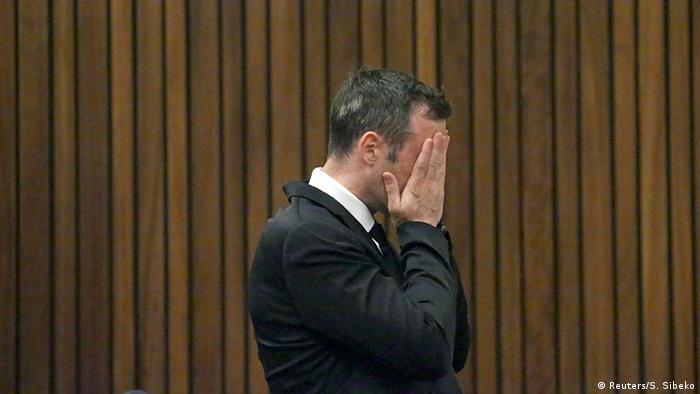 "The sentence of six years imprisonment, in all the circumstances, is disproportionate to the crime of murder committed [and] shockingly too lenient," the NPA said in a strongly worded statement. The NPA added the sentence was "an injustice and has the potential to bring the administration of justice into disrepute."

Pistorius' lawyers had earlier said the double-amputee sprinter would not appeal against the original term, which was criticized by many as too short.

Oscar Pistorius, 29, fired four shots at his girlfriend Reeva Steenkamp, a model and law graduate, through a bathroom door in his Pretoria home in the early hours of Valentine's Day in 2013, wounding her fatally. He claimed throughout his trial that he had mistaken her for a burglar.

Pistorius appears without his prosthetic legs

High Court Judge Thokozile Masipa accepted Pistorius' account of events and initially sentenced him to five years for "culpable homicide" - or manslaughter - with the majority of the sentence intended to be served under house arrest conditions. However, the Supreme Court of Appeal overturned her verdict in December 2015, arguing that Pistorius must have known that his actions would result in the death of whoever was behind the bathroom door, therefore amounting to murder.

Masipa issued a new sentence on July 6, handing him six years in prison, while the normal sentence for murder in South Africa carries 15 years. If Masipa grants the prosecutors permission to appeal, the case would return to the Supreme Court of Appeal. Pistorius is currently being held in Kgosi Mampuru II prison in Pretoria.

Sympathy for the daredevil

Masipa listed a number of mitigating factors for her sentence, which included the athlete's claim that he had acted under the belief that he was shooting an intruder. While many have questioned Pistorius' defense, however, Judge Thokozile Masipa appears to have granted him full credence in the court proceedings.

"He cannot be at peace. I'm of the view that a long-term of imprisonment will not serve justice," Masipa said. 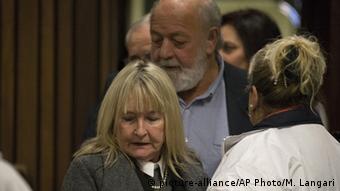 Pistorius had previously also argued he was physically too vulnerable to serve a prolonged prison sentence, shuffling across the courtroom floor on his stumps in June 2016 in a bid to attract more sympathy. His lawyers also argued he would suffer anxiety disorders and depression if returned to prison.

His lifestyle before Steenkamp's death, however, paints a different picture, one of a young athlete at the height of his achievements, engaging in risky behavior and perilous activities. Pistorius was dangerously injured in a boating accident in 2009 and had fired a gun at a Johannesburg restaurant in 2013 - a month before Steenkamp's death.

Pistorius reports for his first community service after leaving prison

South African athlete Oscar Pistorius started community service prescribed by his parole conditions, three weeks after he was released from jail. The double-amputee sprinter admitted shooting his girlfriend to death. (14.11.2015)

Paralympic sprinting star Oscar Pistorius has begun his five-year jail sentence for killing girlfriend Reeva Steenkamp. While the victim's family has said justice had been done, some say the sentence was too lenient. (21.10.2014)