German authorities have issued a re-entry ban against Sami A., a suspected former bodyguard for Osama bin Laden. It comes despite a German court ruling that the Tunisian national's deportation from Germany was illegal. 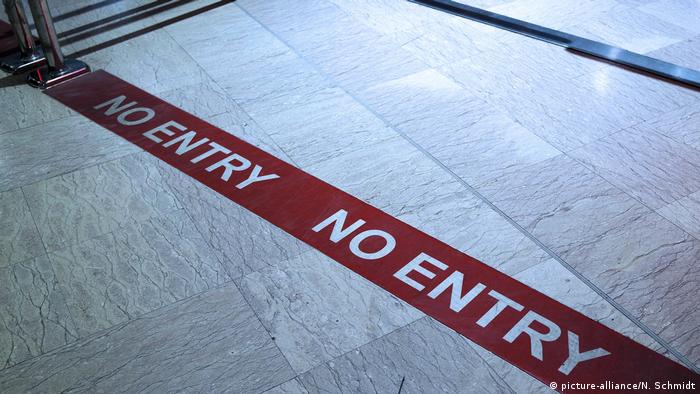 German authorities confirmed on Monday that they had issued a re-entry ban against Sami A., a suspected former bodyguard for Osama bin Laden who was controversially deported from Germany to his native Tunisia last month.

A spokesperson for the city of Bochum said the re-entry ban was a normal procedure under European Union immigration law. Once a suspect has been deported, he or she is barred from re-entering any country within the EU's Schengen area.

The Kölner Stadt-Anzeiger newspaper first reported that Sami A. had been listed by security authorities as an undesirable person in the Schengen Information System database.

In 2012, it emerged that Sami A. had been living in the German city of Bochum for almost 20 years where, despite suspicions that he had trained with al-Qaida militants and protected the group's leader bin Laden. According to reports he collected almost €1,200 ($1,365) a month in welfare payments during his time in Germany.

After a lengthy to-and-fro legal process, the 42-year-old Tunisian national was finally deported back to his home country last month at the behest of the Federal Office for Migration. However, questions over the legality of his deportation remain, as German law forbids migrants being sent back to their home countries if they risk facing torture or abuse.

An administrative court in Gelsenkirchen had blocked Sami A's. deportation, although the fax stipulating the decision was only sent out after the plane carrying him to Tunis was already in the air.

The court has subsequently demanded that he be brought back to Germany and threatened to slap the immigration authority in Bochum with a €10,000 ($11,700) fine.

The city of Bochum, however, is seeking to overturn this ruling.

Meanwhile, Tunisian authorities are investigating Sami A. for suspected terrorism charges. He has been granted provisional release from prison a judge found that no charges could be brought against him at this time. He remains barred from leaving the country, however.