The Tunisian man who once protected Osama bin Laden has been claiming benefits in Germany for years. Authorities say they are powerless to deport him to Tunisia at the moment. 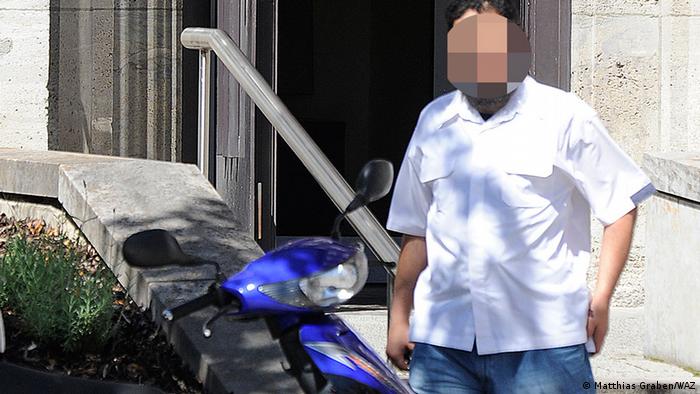 The government of the German state of North Rhine-Westphalia (NRW) said on Tuesday it was not possible to deport a former bodyguard of slain terrorist Osama bin Laden, who is currently living in the state, because of fears that he could be tortured or treated badly in his homeland.

The man, identified as Sami A. in accordance with German privacy laws, has been living in the western German city of Bochum for more than a decade.

He remains ineligible for deportation, the state government said in response to a query by two members of the far-right Alternative for Germany (AfD) party in the state legislature.

The authorities referred to a court decision in April 2017, which found that the 42-year-old man faced "the considerable likelihood" of "torture and inhumane or degrading treatment" if he were to be deported to Tunisia.

NRW's minister for refugee affairs, Joachim Stamp, said Sami A. would likely remain in Germany, unless Tunisia assured that the ex-bodyguard will not be threatened with torture or death upon his return.

Germany's efforts to get these assurances have not yet yielded results.

Sami A., who first arrived in Germany in 1997 as a student, reportedly spent 1999 and 2000 in an al-Qaida camp in Afghanistan, where he received military training while serving as one of bin Laden's bodyguards. He denies the charge and claims to have been studying in Karachi, Pakistan, during that time.

In 2006, Sami A. was investigated for alleged links to bin Laden's al-Qaida militant network, but he was not charged.

Sami A. continues to be classified as a security risk due to his past links to terrorism. He is required to report daily to a police station, German daily Bild said.

In its answer to the AfD inquiry, the NRW government confirmed that Sami A. gets €1,168 ($1,429) each month in welfare payments.

He lives with his wife and children, who have German citizenship.

A German court has sentenced Salafist Sven Lau, who is accused of recruiting jihadis to fight in Syria, to five-and-a-half years in prison. Lau, who converted to Islam in his teens, is also sending money to Islamists. (26.07.2017)

Six years after bin Laden's death, al Qaeda is being overshadowed by IS, which is expanding in S. Asia. Al Qaeda, however, isn't finished, as recent reports claim its leader Zawahiri is hiding in Pakistan's Karachi. (01.05.2017)