Opinion: Your solidarity is problematic if you leave Africans behind in Ukraine | Opinion | DW | 02.03.2022

Opinion: Your solidarity is problematic if you leave Africans behind in Ukraine

The world is in solidarity with people fleeing war in Ukraine — but discrimination against people of color has sparked outcry under the hashtag #AfricansinUkraine. Solidarity must be inclusive, writes DW's Wafaa Albadry. 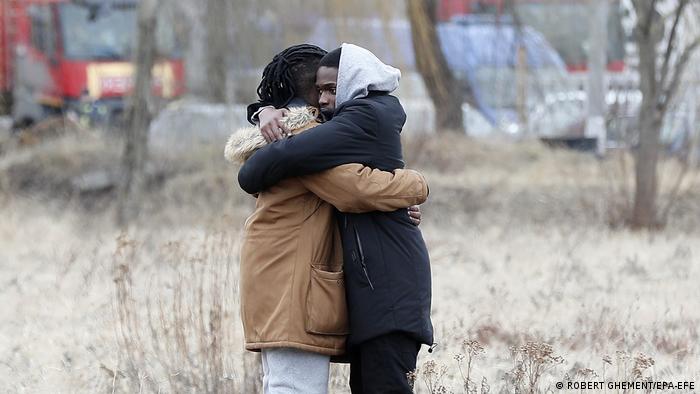 The shocking invasion of Ukraine threatens millions of people's lives. Half a million people sought humanitarian refuge in neighboring countries within a week, and hundreds of thousands were displaced. Ukrainian men were separated from their loved ones and stayed to fight in the country while their families sought refuge, carrying with them trauma and uncertainty.

People say war brings out both the best and the worst in people. In these crises, people in neighboring and nearby countries are opening their borders, homes, and even their arms, helping those fleeing the violence. Aid organizations, ordinary people, and politicians worldwide are showing solidarity. So many people are trying to help in some way — and that is inspiring. 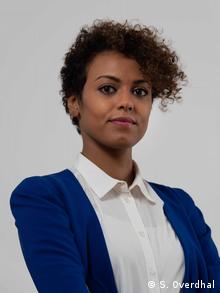 But there's also another side, one that is a nightmare for Black people and other people of color who are denied access to safety. Many people of color from Africa, India, the Middle East and other regions who lived in Ukraine were denied the same welcome that was bestowed on others. Many were denied access to trains or buses that were designated to move refugees in Ukraine to safety, told that only Ukrainians were allowed. And when they arrived at the border by foot, they were pushed back at some Polish borders.

They are as vulnerable, scared, and disappointed as the people in Ukraine are. What kind of solidarity excludes them from help?

International students who spent nights near the Polish borders said they were also denied access to food and water, necessities that were distributed to those waiting to cross. They were forced to retreat to areas being bombed and to seek an alternative way out.

Over 76,000 international students are studying in Ukraine, and over 25% come from India and African countries, including Nigeria, Morocco, and Egypt. There are also workers and migrants who, too, needed to find a safe place.

Many of their families on the other side of the world are worried. Even if they escape the areas being bombed, how will they survive being pushed back for days without help? That has created even a more horrifying image of what is happening there: For those who are not white, it is war and racism.

On social media, videos spread of Africans pleading for help and showing the discrimination they faced. From authorities pointing weapons at students who screamed they were unarmed, to a video showing a toddler as among those left in the cold.

People posted nonsense, accusing people of color of not being civilized enough to be rescued. They claim that priority should go to white people. They say that Black people and other people of color should stay and fight in Ukraine, as if they actually had the right to choose who gets refuge and who must face war. It is outrageous — and it is blatant racism. It is unacceptable, this ridiculous notion that empathy depends on the skin color of a person. And it is a shame that this is happening in wartime.

It seems it doesn't go without saying: It is dangerous to be stuck in a war zone, and it is even more difficult to escape if you are Black or another person of color. When everyone is escaping the same danger, why shouldn't everyone get the same treatment? Is this an alarming signal on the level of discrimination in Europe?

I don't have that answer. But I do know that amid all the chaos, violence, and fear, some individuals with authority, be it on a train or at border control, unjustly decide who deserves to be helped. I see it as a statement from them that humanity is not for all.

The plight was created in a week, and its damage is still unfolding. All the scenes we saw online remind us that we humans need to support one another and treat each other with dignity. And remember: Black Lives Matter, too. Humanity and solidarity must be inclusive and not be selective.