Greeks have long viewed the German finance minister as a symbol of failed austerity policies. But Athens is by no means joyful now that Wolfgang Schäuble is leaving after eight years in office, says Jannis Papadimitriou. 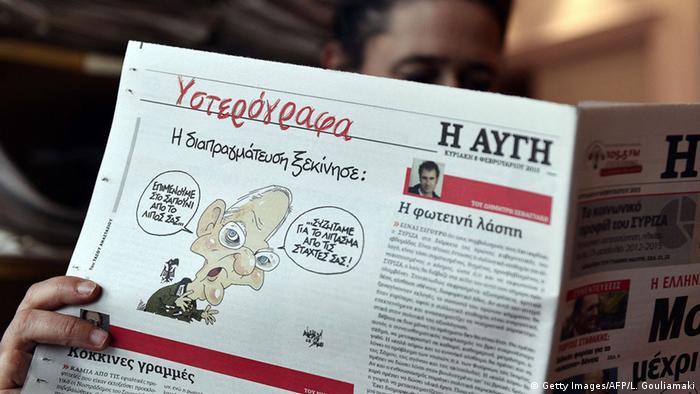 Following every meeting of the European finance ministers since 2015, Greek government representatives would give an almost stereotypical response to journalists asking for an update on the country's precarious finances. "Certain conservative circles" in Europe hoped Greece would leave the common currency and reintroduce the drachma, they said, adding with utter conviction that of course, they would fight any such notion.

But who belongs to these "circles," hinted at but never directly defined? From a Greek point of view, one man above all: longtime German Finance Minister Wolfgang Schäuble, a staunch advocate of solid budget policies.

Read more: Opinion: Schäuble is gone, but his austerity stays

The man who proposed Grexit

The Greek press like to remind readers of a meeting between Schäuble and his former colleague, Evangelos Venizelos, in Poland in September 2011, when Schäuble openly proposed a Greek exit from the eurozone by mutual agreement, or at least mentioned it as a realistic option — he even had an implementation plan. Back then, Venizelos was reportedly quite shocked, not simply because the taboo topic of Grexit had been mentioned yet again, but because the Berlin proposal was so detailed and well prepared that it could only mean but one thing: "We're serious!" 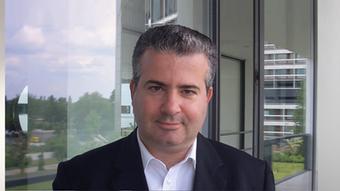 Ever since, Greeks have viewed Schäuble as the sinister force behind the lurking threat of a potential Grexit.

What is not taken into account, however, is that Schäuble thinks strategically, that his proposals serve concrete political goals that he has thought through to the end – even if not everyone likes the destination. It would make sense for Athens to come up with counterproposals to Schäuble's ideas, ideally even concrete economic concepts. Doing so would allow the Greek government to influence a debate that is bound to take place anyway, with or without Athens.

Unfortunately, however, the personification of politics – apart from objective issues – has a long and partly inglorious tradition in Greece. Like sick people cling to a miracle healer, voters often cling to assumed saviors that promise them the world. And voters have also been known to punish a newly-elected government, because they feel government holds sole responsibility for political and international situations.

Greeks in particular like to look abroad when searching for scapegoats and villains behind alleged conspiracy plots against their country. Under such circumstances, it's no wonder that a finance minister from Berlin is the one to blame for the country's many years of financial misery.

Wary of the future

That won't solve any problems, however. Or will it? Can the situation improve once the next German finance minister has taken office?

During a recent visit to Greece, Eurogroup head Jeroen Dijsselbloem was intent on clarifying any misunderstandings. "Wolfgang Schäuble is not for or against Greece. He believes in Europe," he said in an interview with the Athens newspaper Kathimerini. "That's why he always sets such great store in implementing agreements."

Within the next few weeks, a liberal economist like Christian Lindner or Hermann Otto Solms might take over the German Finance Ministry — and might formulate that demand much more forcibly than either Schäuble or Dijsselbloem.

Even left-leaning politicians in Greece seem to be wary of that possibility. And occasionally, they have seemed compelled to make remarks that would have been unthinkable just a few months ago.

"Perhaps the time will come when we miss Schäuble," Stelios Kouloglou, the Syriza party's EU parliamentarian, recently mused ahead of the German election.

As smuggling activity in the Aegean Sea has reached the highest level since last fall, the Greek islands are once again becoming overcrowded. Diego Cupolo reports that most new arrivals come via Turkey. (16.09.2017)

German Finance Minister Schäuble has welcomed calls from the European Commission that all EU member states aim to join the eurozone. However, he has urged all parties to heed the lessons from Greece. (14.09.2017)

Germany: One person injured in a shooting incident at a high school 8m ago