Opinion: Western Balkans have a place in the European Union

In June 2003 in Thessaloniki, the EU promised that all Western Balkan countries could one day become member states. It is important to be consistent and do the right thing by keeping this promise, Krsto Lazarevic writes. 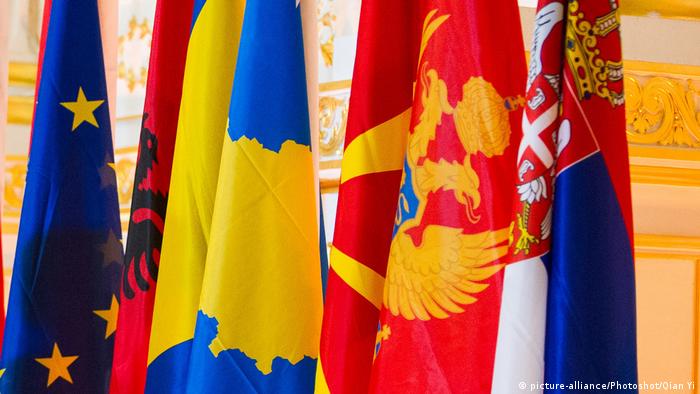 The belief in a united Europe was so strong at the beginning of the 21st century that in 2003, just four years after the end of the war in Kosovo, the Western Balkan countries were offered the prospect of eventually becoming EU member states. Within a decade, there was little remaining confidence in the idea. What began with the bankruptcy of the global financial firm Lehman Brothers was followed by the economic collapse of entire nations. The European Union itself threatened to break up, and expansion was out of the question. After Croatia's EU accession in 2013, there was a halt to the notion of adding new members. 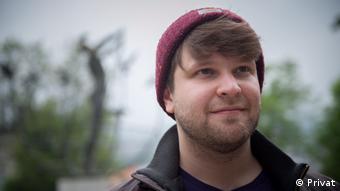 Krsto Lazarevic was born in Bosnia-Herzegovina and fled with his family to Germany as a child. Today he lives in Berlin and works as a journalist for various media.

But perhaps this cynicism can be overcome. The reason for this is a policy paper that was published by the European Commission last week. It states that Serbia and Montenegro could join the EU as early as 2025.

When one looks at the map of the European Union, there is an ugly, gaping hole formed by countries that are excluded from membership on the southeastern part of the continent. It looks like a pothole on an otherwise well-paved road that needs to be repaired urgently. And, if the European Union does not do it, others will: China with infrastructure projects, Russia and Turkey in the energy sector, Saudi Arabia and Qatar with the export of a Wahhabism, a puritanical understanding of Islam that has little in common with the Muslim traditions in the Balkans.

The European Union's advocates in the Western Balkans have a desire to be a part of the EU that has been lost in many existing member states. They are even willing to make great compromises to join the bloc. Macedonia is even prepared to rechristen itself the "Former Yugoslav Republic of Macedonia" to end an absurd dispute with Greece, which has administrative regions that share the country's name, and finally open accession talks with Brussels. Should negotiations prove successful, Serbia's government would accept the independence of Kosovo — even if officials are not yet prepared to admit that to voters. Serbia has already done more than many other EU countries by accepting 8,000 refugees. And this was done without any mass demonstrations or a widespread smear campaign against refugees in the media. So, we can't accuse these countries of lacking commitment.

Critics will continue to question whether the remaining six Western Balkan nonmember states — Serbia, Montenegro, Bosnia-Herzegovina, Kosovo, Macedonia and Albania — will be able to meet the high standards of EU membership. The honest answer is "no." Even given until 2025, Serbia and Montenegro will not be able to meet the conditions properly. But that is not an argument against accession either.

To be fair, many existing members would not qualify for the bloc if its high standards were applied across the board. Don't want countries rife with corruption? Ciao, Bella Italia! No countries where journalists are threatened just for doing their jobs? Bye-bye, Malta! No countries with right-wing extremists in government? Auf Wiedersehen, Austria!

If the European Union were to consist solely of countries that currently comply with the Stability and Growth Pact, have little corruption, and meet its standards regarding the rule of law, press freedom and the protection of minorities, it would now have four members: Luxembourg, Denmark, Sweden and the Netherlands. Germany and Finland might be able to join in the near future should they apply austerity measures to reduce their public debt to below 60 percent of gross domestic product.

The deciding factor should not be whether Western Balkan countries manage to fulfill all of the conditions perfectly. More important is that they become more democratic in the coming years and take on the fight against corruption and patronage. But they will only do so if EU accession remains a realistic option in the near future. That is why the European Commission's target date of 2025 is the right move. These states will not let themselves be put on hold for another 15 years.

"If the EU doesn't come to us," a common joke in the region goes, "we'll take the bus." In other words: If the European Union does not succeed in integrating the Western Balkans and steering the region's economic and democratic development in a positive direction, then young people, in particular, will leave their homes because they no longer see prospects there. Giving these people EU prospects would be a worthwhile project for the coming years.

Myanmar: Reporter placed in chokehold as 6 journalists charged 1h ago

US police uncover 'possible plot' to breach Capitol 7h ago