Opinion: We have to talk about the climate 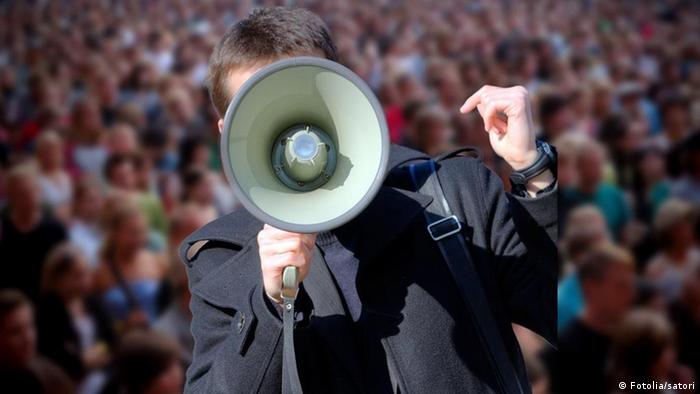 The whole situation is intractable. Adversaries have locked horns and it is impossible to have a civilized debate. You are either for or against, right or wrong, good or evil. There is no room for anything in between. There is simply no time to talk, the end is nigh. Now is the time for action, not words. Alarm bells are ringing everywhere.

There is no doubt, the climate is important: This is about melting glaciers, withering landscapes, rising sea levels and starving polar bears.

What always gets left out, however, are the steps already being taken to make sure less CO2 is released into the atmosphere. The things that make factories cleaner, lower automobile emissions or even cut them altogether by going electric. In most cases, such measures are brushed off by critics as "greenwashing."

Here are a couple of randomly chosen examples of steps already being taken: 10 years ago, the German steel manufacturer Salzgitter started something it called its EnergyEfficiency project. Since then, it has saved a million tons of CO2, as well as consuming 3,300 Terajoule less energy each year — enough to power some 55,000 households.

Another example is Washington State Ferries, the world's second-largest ferry operator. The company is currently in the process of converting its fleet — which had consumed some 75 million liters (20 million gallons) of diesel fuel annually — to battery power.

But why? Because Governor Jay Inslee signed a law mandating it. But the head of the company has also said the change isn't just about conforming to the new law. He says it's a good idea, adding that you don't have to be an environmental activist to appreciate the fact that it means quieter boats, less pollution and more financial savings.

Just recently, during the latest COP25 global climate conference in Madrid, some 180 companies also committed themselves to ambitious environmental goals, pledging to cut emissions continuously with the aim of being carbon neutral by 2050 at the latest.

And these aren't small, niche companies, but rather big global corporations like the consumer goods producer Beiersdorf; the world's largest beer producer, Ambev; and the International Airline Group, Europe's third-largest airline holding company (British Airways and Iberia). Such commitments have practically doubled the number of companies now in the "Business Ambition for 1.5˚C: Our Only Future" alliance since it was founded in September of last year.

Admittedly, other things are also happening, things that bewilder activists and realists alike. One need only look to the disaster that is the German energy transition. True, the percentage of energy produced by renewables has gone up, but — according to the Federal Audit Office –—some €160 billion ($179 billion) has also devoured in the process.

Despite such efforts, the German solar industry is practically nonexistent and things don't look much better for the wind industry. In Germany, people prefer to argue about minimum distances between wind turbines and the next closest village, while our French neighbors negotiate the construction of six new nuclear power plants.

Either way: Is it — as climate activists ceaselessly tell us — true that nothing is really happening? Or have the topics of sustainability and environmental compatibility finally struck a note with companies? And if the latter, is it because they provide a good sales strategy? And what would be wrong with that if it did?

Might it not also make sense to look closer at just what climate activists want? Take Luisa Neubauer, for instance, known here as the German Greta Thunberg, despite being a few years older than the Swedish teen; or Carola Rackete, who is internationally known as the refugee-saving captain of the ship Sea Watch 3, but would prefer to be part of the Extinction Rebellion movement.

Both women have now written books: Rackete called hers "Act: A Call to the Last Generation," and Neubauer titled hers "The End of the Climate Crisis." Both books go straight to the heart of the matter — they are full of ideas for bans and penalties. The authors call for those who destroy nature to be tried for crimes against humanity. Yet, neither wastes words defending individual rights, arguing that individuals cannot be trusted to decide whether they are for or against climate protection.

In interviews given after her book was published, Carola Rackete went further still: "Everything we do, or don't do, props up the current system." That's why civil disobedience is so "extremely urgent."

It quickly becomes clear that what these women are after is something much bigger than climate protection: They are at war with the existing economic system, with free-market economies, and with capitalism. And anyone who is opposed to that fight, or is of a different opinion, simply cannot be right. Only those who are for radical climate protection are among the good, and only they own the truth.

But anyone who so vehemently clamors for an environmental planned economy should take a quick look into the recent past. It would seem that the disastrous state of the environment in former East Germany would be enough to illustrate just how ineffective planned systems are when it comes to sustainability and climate protection.

In such a heated environment — sorry for the pun — it seems there is no chance of having a rational debate. But we have to talk about how we are going to tackle this challenge, and it is becoming increasingly clear that the discussion has to take place between different generations — one that has experienced life, and another that is impatient.

But apocalyptic scenarios prophesying the end of the world won't lead anywhere. At the most, they will simply harden opposition among those of a different opinion. That would be a shame, because we need the ideas that young people have to offer. We need their youthful nonchalance, their openness and their curiosity. The young need to show us that they can do things better than us — but they should also let us come along on the journey, at least for a while.

Angela Merkel: 'Dedicating all my strength' to fighting climate crisis

The German chancellor struck an encouraging tone in what is likely to be one of her last New Year's addresses. Merkel addressed the challenges of the climate crisis, digitalization and migration. (31.12.2019)

Inundating citizens about the climate crisis is "as bad as doing nothing," European Parliament President David Sassoli has warned. He believes shaming regions still dependent on coal could create a social tinderbox. (26.12.2019)

Opinion: Despite setbacks, we must continue to vaccinate 7h ago