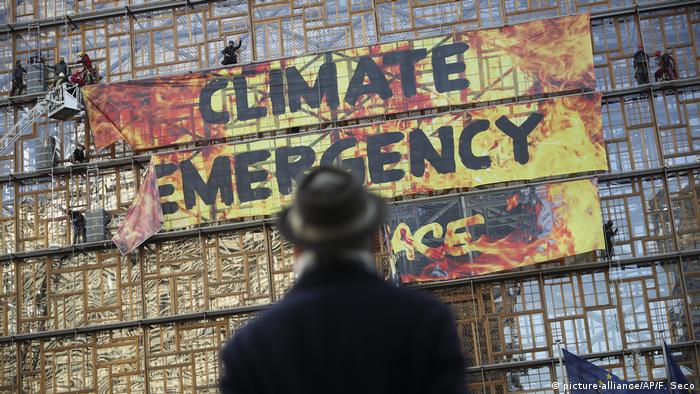 European Parliament President David Sassoli has called for the climate transition to be "made fair" to those communities still reliant on fossil fuel industries.

In an interview with Germany's Funke Media Group, Sassoli warned that overwhelming European citizens with information about the need for climate protection would be "as bad as doing nothing."

He said policies that, for example, ignored people in regions dependent on coal, could be "enormously socially explosive," and would not work in the long term.

Sassoli's interview, to be published in full on Friday by Germany's third-largest newspaper and magazine group, welcomed the European Union's plan for a Green Deal, which aims to make the bloc climate neutral by 2050.

The Italian politician called for the €100 billion ($111 billion) climate transition budget to be earmarked for those areas that will be worst impacted by the move to greener fuels.

He said the success of the policy would depend on whether the ambition can be seen as an opportunity — with major political backing for environmental innovations, economic growth and jobs.

Sassoli said the EU must show other countries that "the European way not only leads to more climate protection but also brings many other advantages, for example, in terms of innovation or energy independence."

China, among other nations, is watching "with interest" the EU's climate protection plans, he added.

His statement came as young people around the world in the Fridays for Future movement have called for massive changes to reach climate neutrality, protect the environment and keep the average global temperature from rising more than 2 degrees Celsius, the limit scientists predicted would prevent the most catastrophic consequences of climate change.

Earlier this month, European Commission President Ursula von der Leyen, the head of the EU's executive branch, announced the European Green Deal — a play on the vast New Deal infrastructure program launched in 1933 by former US President Franklin D. Roosevelt to help the United States recover from the Great Depression.

Von der Leyen hailed the plan as Europe's "man on moon moment," and predicted that EU economies would undergo a profound restructuring and would require billions of euros of investment.

But the deal has received huge opposition from eastern European countries. Poland, Hungary and the Czech Republic — which are reliant on coal-fired power plants — have yet to commit to the goal of net-zero CO2 emissions by 2050.

Following the PR disaster of its spat with Greta Thunberg, rail operator Deutsche Bahn has announced new investments in high-speed trains. But the German socialist party also wants cheaper train tickets for everyone. (16.12.2019)

Global warming-causing carbon emissions are reportedly set to more than double in price. It's a step in the right direction, say some climate activists, but others say the compromise still falls short of demands. (16.12.2019)