Opinion: Violence in Egypt was not accidental | Middle East| News and analysis of events in the Arab world | DW | 02.02.2012

Opinion: Violence in Egypt was not accidental

More than 70 people dead; a thousand injured. That was the bloody outcome of riots in Egypt following a soccer game in Port Said. The violence was not an accident, says DW's Loay Mudhoon. 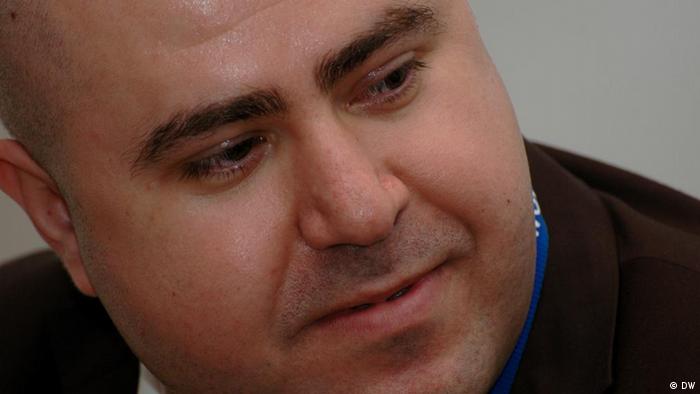 In the authoritarian regimes of the Arab world, mosques and soccer stadiums are nearly the only places where people are relatively free to express themselves. These institutions are generally outside the control of the state security apparatus. And that could be a reason why soccer fans and mosque visitors played a central role in the Arab rebellions.

Soccer hooligans versus the authorities

That was certainly the case in the Egyptian uprising. Radical fans from Egypt's most successful team, Cairo's al-Ahly club, were on the front lines in the battle against the Mubarak regime.

The so-called 'ultras' were the spearhead of the revolution because they went on demonstrations; even in the years before the uprising they had bloody clashes with the police.

Perhaps even more importantly: a year ago, when armed thugs of the old regime stormed Cairo's Tahrir Square on camels to chase away the protesting masses, the battle-hardened soccer ultras were the ones who protected the peaceful Tahrir demonstrators. They made a key contribution to the fall of President Hosni Mubarak.

However, despite Mubarak's ouster, the ultras from Egypt's most popular soccer club are still in the midst of a bitter feud with the security forces, especially in light of the extensive violence against peaceful demonstrators in the months before the country's parliamentary elections. With this little bit of history in mind, it is not all that surprising that most Egyptians see an act of revenge by Mubarak supporters and their sympathizers behind the bloodbath in Port Said.

Who wants Egypt in chaos?

How, otherwise, can one explain that neither the security chief nor the governor of Port Said were present? And how can you explain that the 3,000 policemen who were present not only ignored the mob that hunted down al-Ahly players and fans like animals, but also opened the stadium gates from the outside allowing the mob access to the arena in the first place?

Of course, it is hard to imagine that the ruling military council ordered this violence from "higher up." But, by the same token, the Egyptian military has had no plan for the country's transitional phase, and for months has been doing whatever it can to discredit the revolutionary forces as the source of all the chaos and armed attacks across the country.

Keeping in mind the tense relationship between soccer fans and the military government, it is easy to claim that the violence fits into the plans of the military. Despite their obvious failure, the generals and Field Marshal Mohammed Hussein Tantawi would like to present themselves as the sole guarantors of stability in Egypt.

The leadership of the Egyptian Football Association has been fired following Wednesday's deadly soccer riots that killed 74 people. The European Union has called for an external probe into the violence. (02.02.2012)

Soccer riots in Port Said, Egypt have killed dozens of people and injured 1,000 more. The violence reportedly broke out after the home team beat their rivals 3-1 and fans rushed the field. (02.02.2012)

Egypt sees the deadliest football violence in more than 15 years