Ukraine's secret service faked journalist Arkady Babchenko's killing ― to foil an actual murder plot against him. The country's government must now reveal what it knows to restore its credibility, says DW's Bernd Johann. 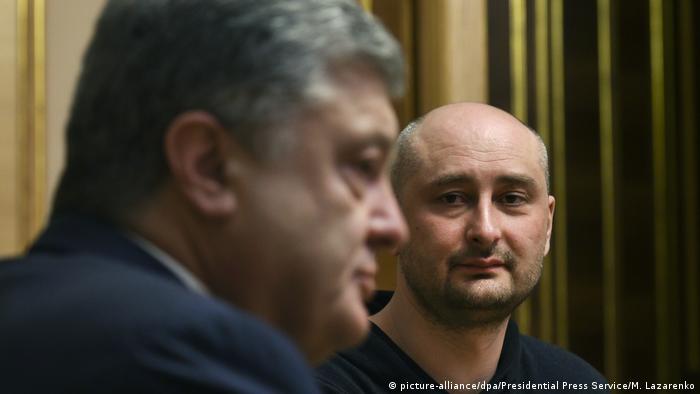 Leaning that someone is in fact alive and well is usually cause for celebration. But when news broke that Russian journalist Arkady Babchenko's death had been faked to deceive the public, many were left feeling bewildered or even aghast. Ukrainians, as well as friends and observers abroad, were shaking their heads in disbelief when it was revealed that Kremlin-critic Babchenko's feigned murder was an elaborate ploy hatched by the Ukrainian secret service.

The ordeal was, according to Ukrainian authorities, used to foil an actual Russian-orchestrated plot to kill Babchenko and others. Evidence presented by Ukraine's secrete service and public prosecutor to prove this claim, however, remains flimsy. There is footage showing the alleged mastermind of the murder plot being arrested on a street, as well as a video of cash being secretly exchanged to pay for weapons and an assassin. No faces can be made out but what is said can be heard.

It is clear that Babchenko willingly participated in the secret service ploy. He was even photographed lying in a pool of blood ― an image that went around the world to document a murder that never happened, sanctioned by Ukrainian authorities. Evidently, the purpose of the ploy was to garner maximum attention. Even German President Frank-Walter Steinmeier, who was visiting Kyiv at the time, was made to believe this elaborate lie. 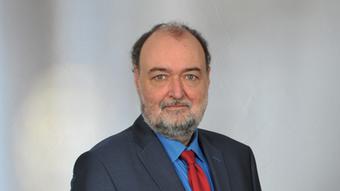 This extreme case of fake news not only cast a dark shadow over Steinmeier's visit to Ukraine, but also doubt on the credibility of Ukrainian leaders. Granted, covert investigations and utmost secrecy are sometimes necessary to expose and prevent criminal plots. And Ukraine has good reason to deploy such methods in light of Russia's four consecutive years of military aggression against the country ― including its perfidious meddling in the Donbass region and its political deceptions and propaganda campaigns.

Ukraine must lay the cards on the table

But must Ukraine really resort to such Russian methods? Even cynically feigning a murder? Was it really necessary to bring such immense, if only brief, sorrow to Babchenko's family and friends? Is there any additional evidence that Ukraine's secret service and public prosecutor can present to justify this harrowing deception? Now is the time for Ukraine to step toward and lay the cards on the table, to show allies like Germany and other nations what it actually knows. A good opportunity for Ukraine to do so is right now, during German Foreign Minister Heiko Maas' visit to the country.

Read more: Arkady Babchenko – the man who came back from the dead

If Ukraine fails to fully account for Babchenko's feigned death, it will severely harm its international image, which, due to insufficient reforms especially in terms of tackling graft, is already tarnished. Hopefully Ukrainian leaders realize just how much is at stake in terms of their country's credibility. The Babchenko case has provoked bewilderment and confusion both inside Ukraine and abroad. Now is the time for Ukraine to fully account for its conduct.

Brazil: Police raid on a favela in Rio leaves over 20 dead 3h ago