′Killing′ of Babchenko: A big show raises lots of questions | Europe | News and current affairs from around the continent | DW | 30.05.2018

'Killing' of Babchenko: A big show raises lots of questions

It had all the makings of a Hollywood story in Ukraine. Well-known Russian war correspondent Arkady Babchenko was declared dead in Kyiv and then appeared on TV very much alive. Will the incident erode trust in Ukraine? 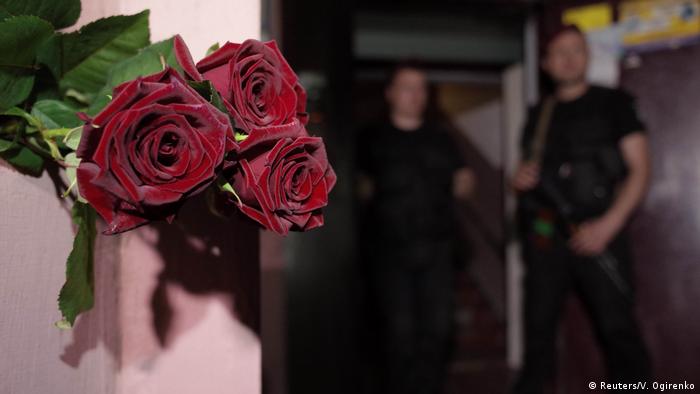 There were condolences and tears for nearly 24 hours. Politicians from around the world commented on the tragedy. Journalists have been working non-stop. Then it turns out that there was no assassination after all.

Instead, it was a special operation conducted by Ukraine's security services that has left more questions than answers.

Was it necessary for Ukraine's security services to fake the death of Russian journalist Arkady Babchenko in order to foil a genuine assassination attempt?

Solving a crime does not require such a performance. Perhaps, Kyiv wanted a wider audience for what was planned and felt a staged assassination could ensure the international publicity it wanted. Kyiv can use the case to blame Russia for organizing Babchenko's murder, but, on the other hand, the Kremlin now is accusing Kyiv of manipulating the international community with a fake story.

Can the Ukrainian authorities be trusted?

How will the world react now if a tragedy in Ukraine really happens? Wait a day or two just in case? Kyiv is driving itself into a blind corner if it does not present solid evidence in the future. Even if there is comprehensive support for allegations against the alleged organizer of the planned crime on behalf of Russia, Ukraine runs the risk of losing whatever trust and credibility it has.

Could Babchenko's wife had been kept in the dark?

As stated at a press conference after the special operation, Babchenko'sfamily was not informed of the plan. The journalist apologized in a live broadcast to his wife: "Special apologies to my wife, Olechka, there was no other option." Earlier it was reported in a police statement that his wife has found Arkady wounded and called the police and an ambulance. This is a contradiction that needs to be clarified.

How did Ukraine's security services manage to reach an agreement with the perpetrator of the crime?

The man who allegedly killed a journalist collaborated with Ukraine's security services. According to Ukrainian Prosecutor General Yuriy Lutsenko, after Ukraine's security services found out about the assassination plans, they managed to achieve cooperation with the perpetrator. But so far there have been no more additional details. That's not enough information to get the full picture of what really happened.