Opinion: Turkish referendum must be a wake-up call for Germany | Germany| News and in-depth reporting from Berlin and beyond | DW | 17.04.2017

Opinion: Turkish referendum must be a wake-up call for Germany

A large majority of Turks here in Germany voted in favor of extending Erdogan’s authority. Germany needs to respond by taking a good, honest look at its sense of itself as an immigration country, says DW's Ines Pohl. 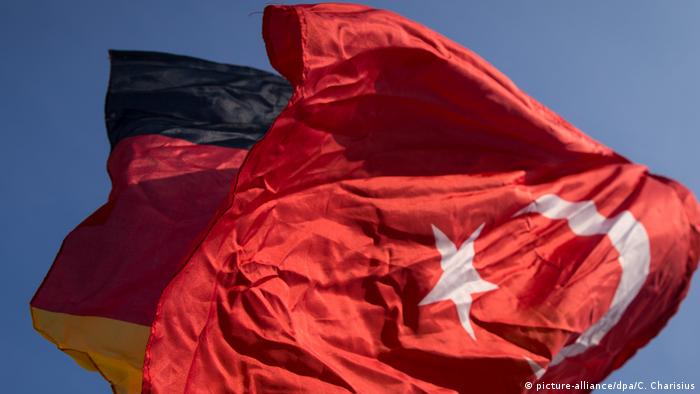 No, this result was not achieved legitimately. No one who arrests opposition supporters, bans their opponents' election campaign events and silences journalists can claim democratic legitimacy.

This is precisely how Recep Tayyip Erdogan behaved - and yet, according to official statements, he still only won by a small margin. Consequently, the referendum on the Turkish president's future powers is not the outcome of a free consultation of opinion, but the enforced takeover of a democratic state.

Free decision for voters in Germany

The situation in Germany, however, is different. Around 1.5 million Turkish citizens living here were entitled to vote in the referendum, and these voters had free access to information. All the important parties held campaign events; freedom of opinion was not constrained; no one who criticized the future autocrat had to worry about ending up in prison.

Nonetheless, more than 63 percent of those who voted in Germany approved Erdogan's changes to the constitution - that's around 450,000 people. 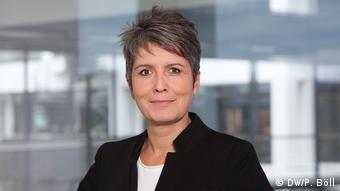 This figure should be a wake-up call for Germany. The fact that only 50 percent actually voted, or that in other countries such as Austria approval for the Erdogan camp was even higher, is irrelevant. If so many people living in Germany support a man who wants, among other things, to reintroduce the death penalty, then, all attempts at integration notwithstanding, things have gone very wrong somewhere.

In order to draw the right conclusions, Germany must be honest with itself. Both politics and civil society have to acknowledge their failures. That is not without danger in this election year, because populist debates about dual nationality and simplistic deportation fantasies lead nowhere, and ultimately play into the hands of the anti-immigrant Alternative for Germany (AfD) party.

Make a decision about EU membership

Nor will Germany be able to rely on any particularly constructive statements from Brussels. The frantic flapping the morning after and the threat to finally break off negotiations over Turkey's accession to the European Union are as helpless as they are ridiculous. On the contrary - it's precisely all these years of to-ing and fro-ing that have given so many Turks the feeling that they aren't being taken seriously, and that ultimately prompted Erdogan to demonstrate old-school power and strength by adopting a clear anti-EU course.

The EU must now also take a clear line. If it doesn't want to accept Turkey as a full member, it must be honest and say so, then seek other forms of cooperation.

Turkey's economic need of Europe is more urgent than the other way round. Erdogan knows this, too. His popularity became so great because he was economically successful, and his star will quickly fade if the present, rapid economic downturn continues. The inflation rate is already more than 11 percent, while the 13-percent unemployment rate is a seven-year high.

So only Germany will be able to solve the problem with its own Erdogan followers - by finally, conclusively accepting that it is a country of immigration and shaping this state of affairs with confidence. No inhibited ramblings about "guiding culture" or multiculturalism, but clear advocacy of the democratic constitution: Anyone living in Germany must accept that child marriage is forbidden and so-called honor killings are a crime. That gays and women have the same rights as everyone else; that the Basic Law (Germany's constitution) comes first, and that this fact is non-negotiable.

In order to be successful, populists need insecurity. They need to stir up people's fears in order then to present themselves as the only ones who can save the situation. It's vital not to stoop to this level, because ultimately - especially in this society of ours, which is in a state of constant agitation - he who shouts loudest will always win. This is why, right now, we very much need those 3 million people of Turkish origin who either no longer have a Turkish passport or are clearly opposed to Erdogan's anti-democratic course.

They're needed as bridge-builders between the Turkish communities and German majority society. Because the latter is now in need of objective analysis, to explain both why it is so many German Turks can so easily be seduced, as well as what has been done well in the past few decades, and is able to serve as an example.

Have something to say? You can leave a comment below. The thread will remain open for 24 hours after publication.