Erdogan left with a divided Turkey after referendum | Middle East| News and analysis of events in the Arab world | DW | 17.04.2017

By expanding his powers through a slim, contested victory in Sunday's referendum, Turkey's Recep Tayyip Erdogan has consolidated his rule - but over a nation bound for social turmoil. Diego Cupolo reports from Ankara. 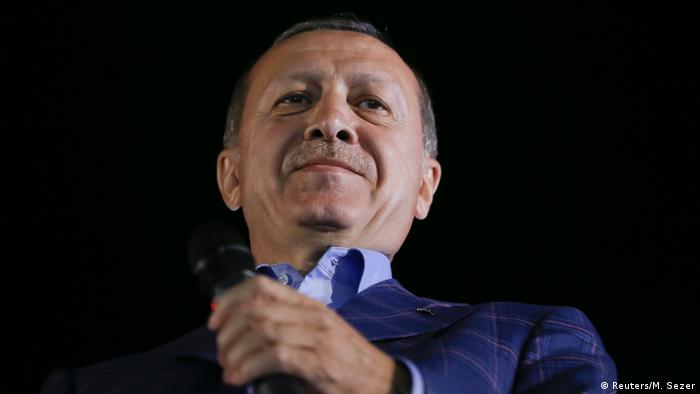 For many voters in Turkey's referendum, the choice was between an empowered President Recep Tayyip Erdogan and the unknown. After leading the country for 15 years, Erdogan has become central to the embattled nation's economic success, while at the same time diminishing political opponents to the point where viable, mainstream alternatives have been absent for years.

But this doesn't mean the call for another vision has been subdued. On Sunday, Turkish voters decided to consolidate governing powers under the presidency by the narrow margin of 51.2 to 48.8 percent of the electorate, according to the state-run Anadolu Agency. Erdogan's supporters celebrated through the night, while his opponents stayed home in front of television sets, reflecting on the future of a nation that seems to be moving steadily away from its secular, democratic ideals of the past.

Following the historic vote, the question Turks now face is how to mend a society composed of two disparate halves. Erdogan has so far made few efforts to unite the nation, and has aggravated divisions through campaign rhetoric that vilified opponents as terrorist sympathizers.

In his post-referendum speech, Erdogan said the victory was for "all 'Yes' and 'No' supporters." But while the results may lead to more political stability in the country, there are few guarantees for social cohesion. 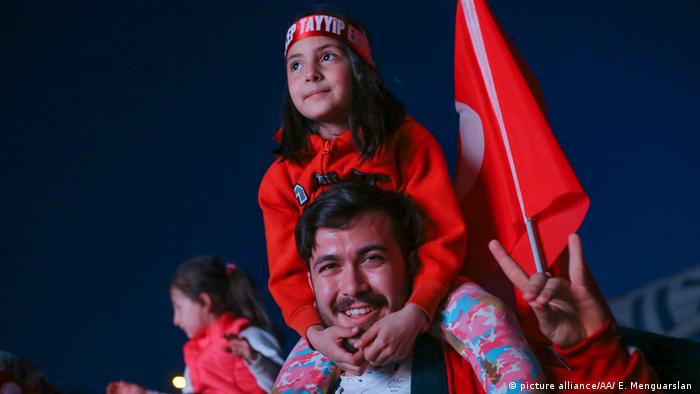 With purges still ongoing in the wake of the failed coup of 2016, and government continuing with its widespread demonization of political opponents, Turkey will remain in a state of crisis for years to come, said Soner Cagaptay, senior fellow at the US-based Washington Institute and author of the upcoming book, "The New Sultan: Erdogan and the Crisis of Modern."

"He'll become president of only half of the country," Cagaptay said in a phone interview before the referendum. "The other 50 percent will never fall under his rule and, to me, that's a recipe for long-term disaster."

"It's a country that's stuck in a permanent state of crisis, so it won't be able to unleash its energies for growth and be a regional actor," Cagaptay continued. "It's going to be consumed by never-ending domestic political tensions," and ongoing regional conflicts with "Islamic State" and the Kurdistan Workers' Party (PKK).

What to expect next

In the immediate aftermath of the referendum, just two of the 18 constitutional amendments voted upon will take effect. The rest will be enacted following the 2019 presidential election.

Key changes to the constitution will include the concentration of legislative, judicial and executive powers under the presidency. The office of the prime minister will be abolished, while the role of parliament will be diminished, as the president is endowed with authority to make key judicial and ministerial appointments, without the need for secondary approval. 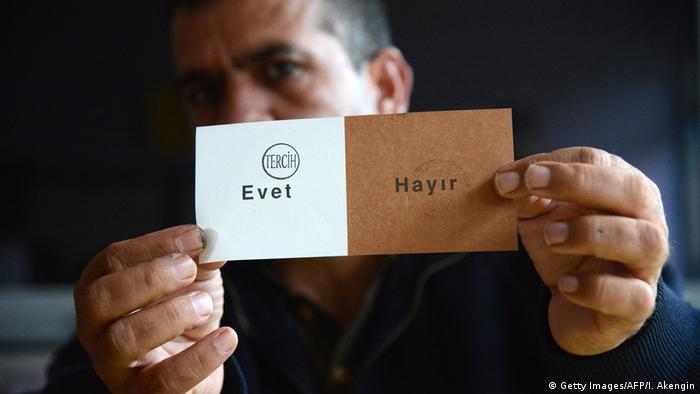 Ballot papers were kept simple at the referendum

The president will also be able to issue decrees, as is the case under the current state of emergency, and presidential limits will be extended to two five-year terms, unless early elections are called in a leader's second term, which would allow for a third presidential term.

In the coming months, Erdogan hinted at holding a second referendum on the EU accession process, in which Turkish voters would decide whether to end long-stalled negotiations. Turkey-EU relations plummeted to new lows during referendum campaigning after ministers with the governing Justice and Development Party (AKP) were barred from holding rallies in several EU cities. Erdogan responded to the incidents by accusing German and Dutch officials of using "Nazi methods."

Some analysts have also suggested the possibility of reduced military conflicts in and around Turkey's borders, but such notions remain open to interpretation, as Prime Minister Binali Yildirim struck a truculent tone in his post-referendum address. 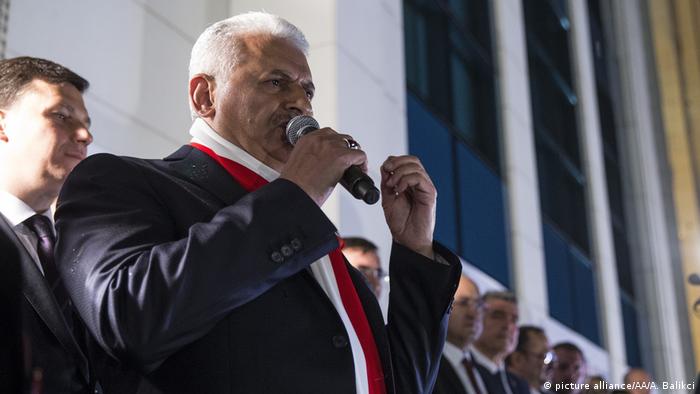 "This nation once again demonstrated that it will not bow down to any [military] domination, external intervention or threat," Yildirim said.

"Our struggle with internal and external enemies will be intensified," he added.

Weakness and points of concern

Still, for all the strength Erdogan has amassed, cracks in yesterday's voting patterns brought out apparent weaknesses in what was supposed to be a solid conservative voting base.

The leadership of the far-right Nationalist Movement Party (MHP) had backed Erdogan's presidential system, but its voters, about 10 percent of the electorate, failed to follow through. With the AKP holding about half the voting block, the support of MHP supporters, in theory, should have resulted in at least a 60 percent vote for "Yes."

For the first time in Erdogan's tenure, he also lost Istanbul to the "No" vote, which is particularly striking, because this was where he rose to prominence in Turkish politics as the city's former mayor. Turkey's other two major cities, Ankara and Izmir, also voted "No." 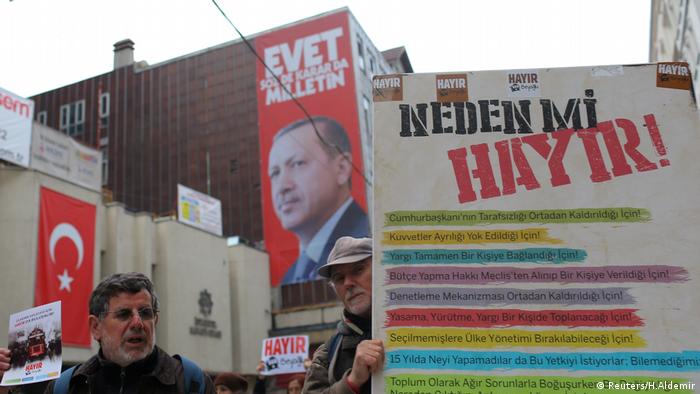 Voters in Istanbul, Ankara and Izmir tended to heed calls for "No" (Hayir)

Yet looking past political divisions, Cagaptay said the most concerning aspect in post-referendum Turkey was the reduced strength of the military. Many leading officials have been purged or jailed since last year's coup, essentially hollowing out Turkey's security apparatus at a time of high instability.

EU sends help to Turkey as wildfires rage on