Recep Tayyip Erdogan said he expects parliament to back a proposal to restore capital punishment after an upcoming referendum on creating an executive presidency. Such a step could end Ankara's bid to join the EU. 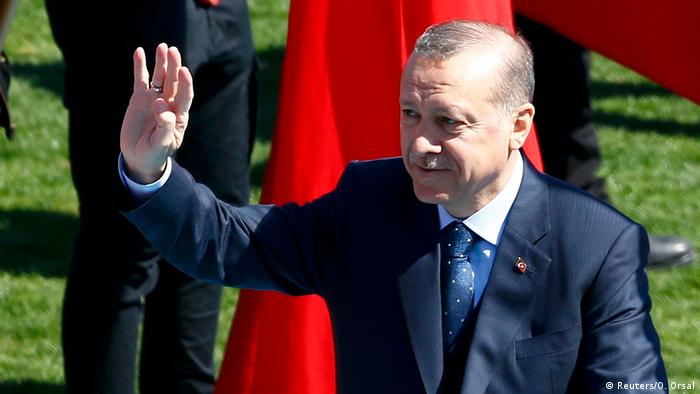 Rising tensions between EU and Ankara have put a one-year-old migration deal in the spotlight. It benefits political institutions on both sides, but humanitarian activists say refugees are the ones paying the price. (17.03.2017)

The Turkish president has also said Europe is regressing to the pre-World War II era. German Chancellor Angel Merkel called for an end to the exchange of "insults." (17.03.2017)

Speaking at a World War I memorial rally in the western city of Canakkale on Saturday, the Turkish president said he hoped lawmakers would respond to public "demands" for the revival of the death penalty.

"The families of the martyrs, the heroes (of the failed July 15 coup) don't need to worry. I believe, God willing, that after the April 16 vote parliament will do the necessary concerning your demands for capital punishment," Erdogan said.

After parliamentary approval, a bill must be signed by the head of state to become law. "When it comes to me I will approve it without hesitation," Erdogan said.

Turks vote in a referendum on April 16 on a constitutional reform that could establish an executive presidency and strengthen Erdogan's powers. The Turkish government says the changes would boost stability and make governance more efficient. But opponents fear the shift would lead to one-man rule. 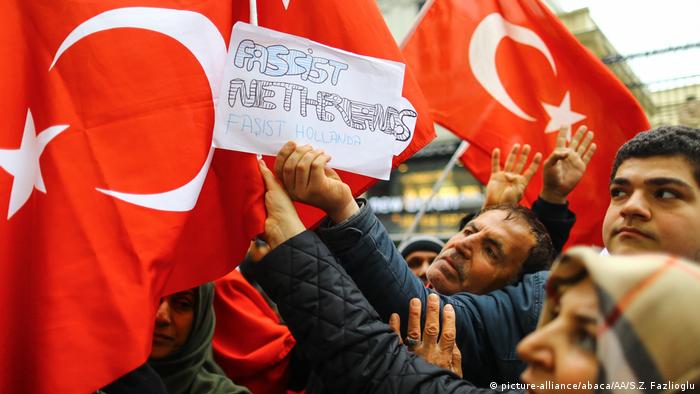 Turkey abolished the death penalty in 2004 as part of its decades-long bid to join the European Union. EU officials have repeatedly warned Ankara that restoring the measure would spell the end of those ambitions. But Erdogan told the crowd at Saturday's rally he didn't care what Europe thought.

"What Hans and George say is not important for me," he said, using two common European names. "What the people say, what the law says, that's what is important for us," he added.

Diplomatic relations between Turkey and Europe sunk to a new low this month after cities in Germany and the Netherlands banned Turkish ministers from holding campaign rallies for the referendum. Erdogan responded at the time by describing the bans as "fascist."

Turkey has also suggested that it may retaliate by pulling out of a year-old deal to help curb migration to Europe.

Gabriel: Germany should not react

In an interview published in news magazine "Spiegel" on Saturday, German Foreign Minister Sigmar Gabriel said Germany should avoid reacting to provocations from Turkey, saying it would only give Erdogan "a bogeyman for his campaign."

Gabriel said Turkish politicians should not assume "that they can propagate their political views here."

The foreign minister added that, in his view, Turkey was "definitely further away from becoming a member of the European Union than ever before."

Inside Europe: How are EU relations perceived in Turkey?