It's a blow to emission reduction efforts: Donald Trump has pulled the US out of the Paris Agreement. But climate protection will carry on - there may even be a bright side. 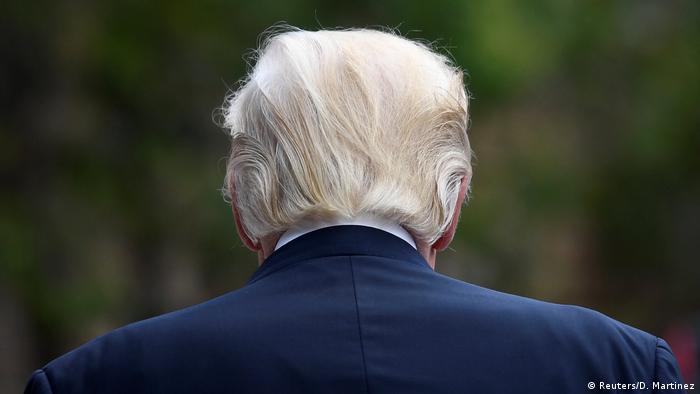 It's official - Donald Trump has withdrawn the United States from the Paris Climate Agreement.

Even though I'm not surprised, I am still shocked.

With this move, the US president has turned his back on the rest of the world - and on future generations of humankind.

The stranger part of the story is that, in pulling out of the Paris Agreement, Trump has also gone against fossil fuel firms, hundreds of major businesses and investors, a large number of Republicans and half of his own cabinet.

With the move, Trump has catered to a small but vocal extreme-right constituency - one that is overrepresented among his cabinet and advisors.

In essence, he's sealed his own fate as isolated - and cemented the decline of the US.

And although this is in fact very bad news for the global effort to reduce greenhouse gas emissions, there are possible advantages - even for the climate.

Climate protection will carry on

Since the US generates about a fifth of all global greenhouse gas emissions, the country stepping out of the treaty is indeed a blow to efforts to reduce them. According to analyses, America could add around half a degree Celsius to global warming by the end of this century, if it does nothing to reduce emissions. 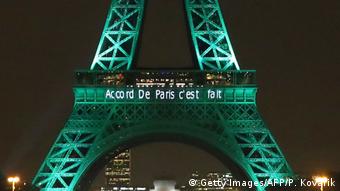 Half a degree in global climatic terms is a big deal - we're talking more severe storms, sea level rise and accelerated species extinction among the impacts - not all of them even known.

But the US pulling out of the Paris Agreement is far from the end of it. Other nations - most notably China, European Union countries and India - are already taking the lead in showing the way to a clean energy future.

Climate protection and the transition to renewable energy will carry on, regardless of the whims of one powerful - though clueless - man.

In pulling the US out of the Paris Agreement, Trump is not only betraying humankind - he is betraying America.

China, India and the EU will take over on developing renewable energies, including benefiting from the jobs and business opportunities this offers.

The US will be left behind; it will be disadvantaged economically in the long run. Pulling the US out of the Paris Agreement makes America weak.

And diplomatic fallout will be extensive. Germany has already said that the US is no longer a reliable partner, due among other things to Trump's stance on climate change.

Free to be ambitious

Although not everyone knows it, there is broad understanding that unless greenhouse gas emission reductions are dramatically scaled up over the next five to 10 years, we are already on a path to surpass the 1.5 degree goal within a decade or so. Luckily, the Paris Agreement has a built-in "ambition mechanism" that requires countries to review their targets every five years.

If the US had stayed in the Paris Agreement, there was concern that Trump and his fossil fuel cronies would have watered down any such aspirations.

Without the US, other countries are free to ramp up their goals without climate deniers dragging them down. In this context, some argue that the Paris Agreement would actually be stronger if the US did not participate.

But none of that makes Trump's betrayal any less significant. It will stand as a folly throughout the ages.

'Trump effect is not terminal' for climate talks

Donald Trump is mulling whether to pull the US out of the Paris Climate Agreement. As negotiators gather in Bonn to discuss putting the plan into action, the WRI's Paula Caballero tells DW what a US exit could mean. (08.05.2017)

Uneasy calm in Sierra Leone after deadly protests 49m ago

Paraguay: Vice President Velazquez resigns after US sanctions 3h ago

Opinion: World Cup 2022 — No anticipation, only chaos in Qatar 9h ago