Opinion: Trump′s attack on the climate will fail, spectacularly | Environment | All topics from climate change to conservation | DW | 29.03.2017

Opinion: Trump's attack on the climate will fail, spectacularly

President Donald Trump's most recent assault on the environment not only makes the US into a rogue state on climate change. It will also fail in its goal to create jobs and stimulate the economy, says DW's Sonya Diehn. 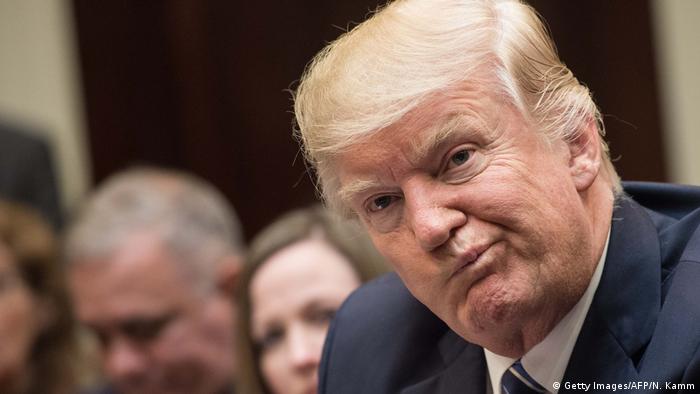 US President Donald Trump's latest attempt to pander to a tiny constituency - aside from being a thinly veiled gift to the fossil fuel industry - is bound to fail.

In a PR event on Tuesday, Trump stood flanked by coal miners and climate-denying Environmental Protection Agency head Scott Pruitt as he announced his latest assault on global environmental security.

Not only does Trump's executive order deny the existence of climate change, it also rejects the existence of well-documented risks resulting from our changing climate and the adverse economic effects of climate risks - which, in a turn, a senior administration official said he was "not familiar" with, according to "Mashable."

But anyway, all this posturing against climate protection in the name of jobs won't matter, because economic experts - and even coal companies - have said it's not going to work.

The falling cost of renewable energies and natural gas is a trend that cannot be reversed - coal is simply not competitive anymore.

Even Robert Murray himself, CEO of top coal company Murray Energy, told "The Guardian" that Trump can't bring coal jobs back - since those jobs have been lost to technology and competition rather than regulation.

What, then, will be the result of this executive order? 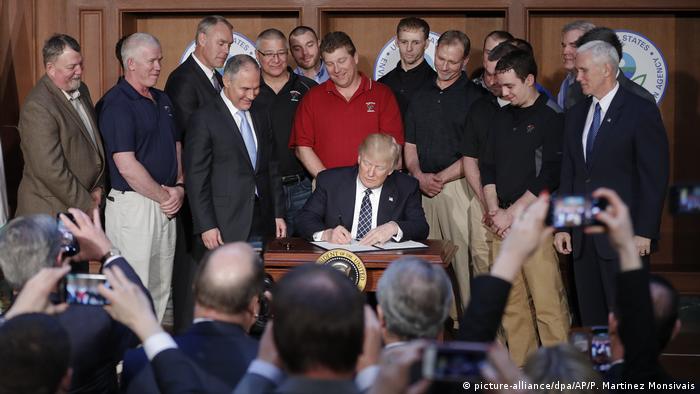 Trump's executive order reversing the climate protections introduced by former President Barack Obama will stand as another milestone in a gradually failing administration.

Just as Trump demonstrated a lack of knowledge, negotiating skills and general competency in the dramatic failure of Trumpcare last week, so too will this executive order ultimately act to undermine the administration.

Even if it does salvage some coal jobs, this won't outweigh missed opportunities in the renewables sector. It's a round conclusion that the US turning its back on the development of renewable energy will set the country back economically.

What Tuesday's order will also do is leave communities more vulnerable to natural disasters in the form of extreme weather events, and submit coastal settlements to the mercy of rising sea levels, among other effects.

That's in the short term.

Over the longer term, denial of climate change will play out as a mistake in human history. And since climate has no borders, as we know, poorer and more vulnerable communities will bear the burden.

For this reason, and not surprisingly, Trump's order has been roundly condemned by other leaders and the international community.

But the order won't stop efforts at climate protection. China and the European Union will now have to take the lead, as they've already been doing.

So who benefits? That's also a fairly easy answer: the fossil fuel industry.

It's the same story of trading a sustainable future for short-term profit and corporate greed.

Where will this story end?

How will accelerated ocean warming affect the planet?

We all know ocean temperatures are increasing as a result of climate change. But what you may not know is that they are warming much faster than expected. The loss of tropical paradises is only one of many consequences. (28.03.2017)