Opinion: The Cuban authorities are afraid of us

The real Cuba has moved even further away from the country propagated by the authorities and in the state-run media. The anger on the streets is growing, says Cuban blogger and government critic Yoani Sánchez. 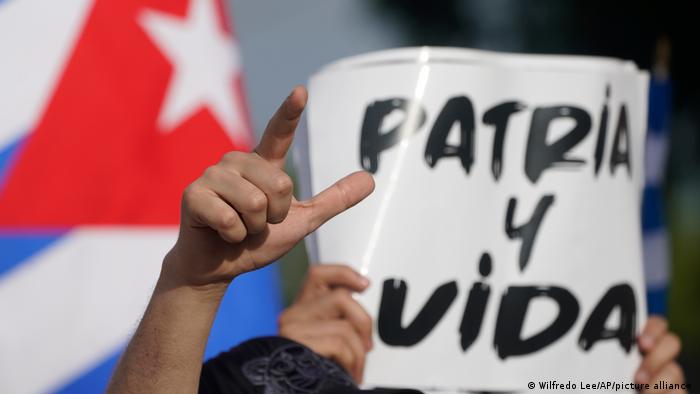 Will Cubans eventually get the freedoms they're fighting for?

No one in the queue speaks. A woman looks down at her shoes, while a young man drums his fingers on the wall.

Some time has passed since Cubans took to the streets in a protest unprecedented in the last 62 years, and the outrage is still very palpable. As images of police brutality, more testimonies from mothers whose children have been missing since the protests started, and videos of militarized cities emerge, popular anger grows.

Anyone who wasn't aware of the situation of the island before that historic date might say that the authorities have managed to bring the situation under control and that calm has returned to the streets of Cuba. In reality, however, this apparent lull is nothing but fear, anger and pain. In Havana, the tension can be felt in the air. Everywhere you look there are police, military units and pro-government civilians brandishing improvized clubs.

Fear spreads at home and through the streets 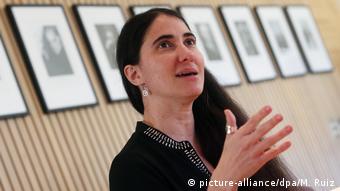 Inside the houses, unease is growing and tears are flowing. Thousands of families are looking for someone in the police stations; others are waiting for the uniformed officers to knock on their door to take away a relative suspected of having taken part in the protests.

New unrest has broken out in various parts of the country, with reports of beatings and gunfire by special forces, the dreaded "black wasps," an elite unit of the armed forces. Numerous independent journalists have been arrested, others are under house arrest, and internet access has been censored several times since the first protests broke out.

The citizens who were portrayed by the authorities as completely loyal to the system, docile and peaceful no longer exist. People have found their voices of protest, some loud and some muffled. And it is impossible to predict exactly when they will be heard again.

The real Cuba has become even more distant from the country propagated in the official media. While the former feels that it has recovered its civic voice, has tested its strength in the streets, and demanded freedom vociferously, the state-controlled media speak of foreign conspiracies; of isolated groups demonstrating, and of criminals vandalizing shops and markets.

The two narratives are mutually exclusive and will not be able to coexist for long. Cuban President Miguel Díaz-Canel has tried to put into perspective the comments he uttered at the beginning of the protests, when news of more protests came practically every hour.

"The order to fight has been given," and "we are ready for anything," he threatened at the time. The specter of civil war hovered over the island. Now, he uses terms like "harmony," "peace," and "joy," but those saccharine phrases ring hollow in the face of hundreds of buses rolling up across the country to unload military units in squares and neighborhoods.

So far, the only measure announced to defuse the protests has been to lift the restrictions on travelers bringing medicine, food and hygiene items to the island. But that's seen as too little, too late after years of demands. For many, it's merely a breadcrumb in the face of calls for social change and the resignation of key political figures to start the transition to democracy as soon as possible.

"Freedom doesn't fit in a suitcase," many have warned on social media — just as a rebellion isn't stopped by a police shield. "We were so hungry that we ate our fear," is another ubiquitous message.

But now we're so angry that they're the ones who fear us — and it shows.

Opinion: Spare a thought for those unable to vote in Germany 54m ago

Opinion: How real is the threat of Taliban infighting? 23h ago