Opinion: Lebanon's worst enemy is its own government

No one could imagine the deadly incompetence of the corrupt government in Beirut — until now. The causes of the recent catastrophe need investigation, but not by Lebanon, by an outside body, says DW's Diana Hodali. 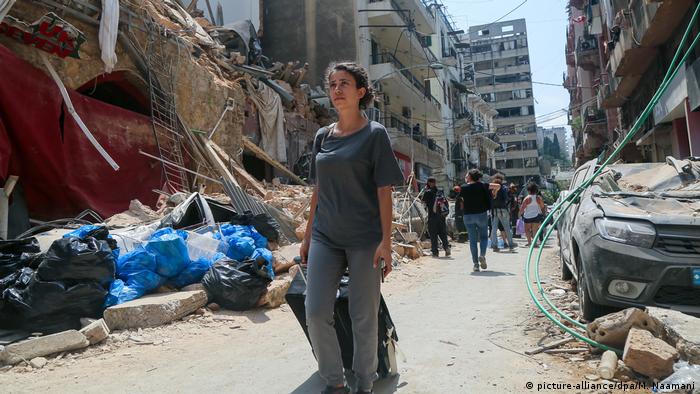 Lebanon has been through a lot: war, crises and catastrophes. But what happened this week in the port of Beirut went beyond anything the Lebanese could have imagined.

The explosion reduced large parts of the capital to rubble, made 300,000 people homeless and took away their hopes for a better life — hopes cherished particularly by young Lebanese.

Despite everything this small country has experienced up to now, the deadly, gross failures on the part of the incompetent Lebanese government have exceeded the population's worst nightmares.

For days, a search has been going on for the missing, and residents have been sweeping up debris in their streets, all without the aid of state authorities. There has been no apology from the corrupt political elite, and, so far, no one has resigned.

Instead, the government has been praising the resilience of the Lebanese. It is obvious that no one in power feels responsible for the fact that highly explosive ammonium nitrate was stored in Beirut's port for the past six years — and stored in derelict warehouses near where people lived and worked in the middle of the city. Instead, they have arrested a number of port officials.

As has so often been the case whenever there have been problems in Lebanon, no one at the top is to blame. 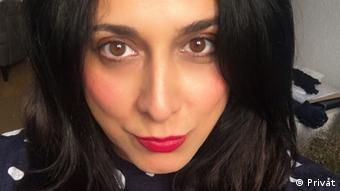 But how ever one looks at it, the huge explosion on Tuesday is the result of the dire corruption within numerous Lebanese governments. For years, politicians from all parties and factions have looted the country and driven it to ruin. Even politicians on opposing sides have joined together in this corrupt system to enrich themselves — when it came to lining their own pockets, they were always in agreement.

This catastrophe is just the most recent and most horrifying example of how one Lebanese government after the other has failed to fulfill its most basic tasks: looking after the citizens' welfare and well-being. For years, electricity has gone off for several hours a day. Why? Because the so-called generator mafia — rich businesspeople who either come from politics or are closely associated with it — profits when people have to pay for additional power.

And then there are the mounds of garbage. For years, huge piles of trash have been growing up near the airport, there has been plastic lying almost everywhere on the beaches and chemical waste has not been properly disposed of, posing a risk to the population. To compound these problems, there is the trade in illegally imported waste, which is also not disposed of in the way it should be.

When the worst wildfires in decades raged in October 2019, the government didn't have any firefighting aircraft available: Someone had forgotten to maintain and fuel them. What else needs to be said?

And what about the economic crisis and the currency crash? All the government's own doing. In the end, the governing elite are never interested in the country's security, but in their own profits at the cost of the people. None of them needs ever to fear consequences for their actions.

In addition to a civil war, many Lebanese have experienced years of Syrian occupation, two wars with Israel, several economic crises, huge unemployment and political assassinations. Since last October, demonstrators have been calling on the corrupt political class to step down. In their chants, they have demanded the resignation, without exception, of those in power. That is because many who hold the reins in government are still the same warlords who fought the civil war, before making peace with one another and going on to enrich themselves while continuing to foment conflicts along sectarian lines.

The trauma of the Lebanese people is deep. "If our bodies have not died during these days, our hearts have," is what many have been writing recently on social media. How often can people rebuild their country?

Until the roots of the problem are tackled, and as long as the same warlords remain in power, there is a constant danger that Lebanon will again be thrown into crisis.

Not all details about Tuesday's catastrophe are known. But one thing has to be clear: Those who have allowed huge amounts of a highly explosive substance to be stored at the port for six years cannot be the ones to look into the reasons why this was so.  That must be done by an international investigation that uncovers the whole chain of responsibility.

If ever there was a moment for Lebanon's culture of impunity to come to an end, it is now. Now is the moment for justice.

Israa Seblani was posing for her wedding day photos when a deadly explosion blasted through the Lebanese capital. In an interview with DW, the doctor describes the moment, caught on film by her videographer.