Opinion: Joshua Wong′s imprisonment in Hong Kong is persecution by prosecution | Asia | An in-depth look at news from across the continent | DW | 02.12.2020 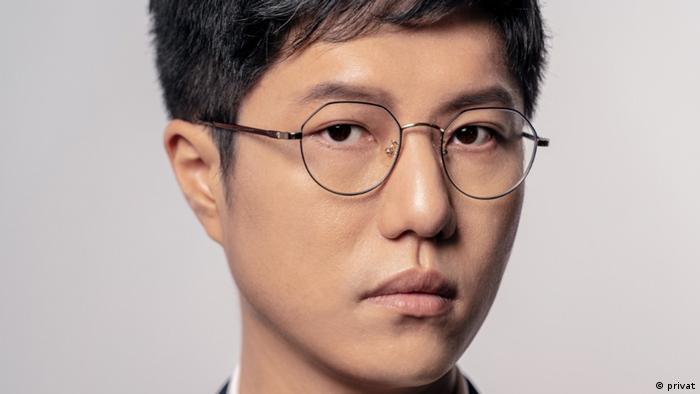 Fellow activist Agnes Chow, who pleaded guilty to participating in the protest and inciting others to take part, received 10 months, while activist Ivan Lam received 7 months after pleading  guilty to incitement.

The trio, who were members of the now-defunct political group Demosisto, were taken into custody last Monday and have been in solitary confinement since, according to Wong's social media posts.

The Hong Kong magistrate court's judgment reveals the future for activists and Hong Kongers who dare to continue their struggle for freedom. The future of Hong Kong looks grim.

The protest took place on June 21 last year, drawing thousands to the police headquarters, close to the government headquarters.

Hong Kongers demonstrated against excessive force by police against protesters, as well as an extradition bill that would have allowed citizens to be extradited to mainland China, which has not been completely withdrawn from the legislature.

Wong, who at the time had just been released from prison four days after serving his sentence for contempt of court for the case of the pro-democracy protest in 2014, called on Hong Kongers to protest outside the police headquarters and demand a peaceful dialogue with then Chief Commissioner, Stephen Lo.

Authorities arrested Wong for organizing an "unlawful assembly." The Public Order Ordinance law has been repeatedly criticized by the United Nations and activists. Under the law, groups of more than three people are banned from walking towards the same direction. The law, previously relaxed under British administration, was reverted after 1997.

Wong, 24, and Lam, 26, had previously been jailed over charges related to their activism.  Wong has already been in prison  three times. He was sentenced to six months for his involvement in the 2014 pro-democracy sit-in protest led by the professor Benny Tai. It is the first time that Chow, 23, has been given a jail sentence.

The world may expect that Wong's latest sentencing could trigger another round of resistance in the streets of Hong Kong.  Wong appealed to Hong Kongers to keep their fighting spirit before he was led to the court last week.

Read more:  Joshua Wong on Hong Kong: 'The situation is a nightmare'

What does the sentencing mean?

The administration could technically go after all Hong Kongers who were arrested in the pro-democracy protests. Hong Kong Chief Executive Carrie Lam did not rule out such possibilities.

Over 500 pro-democracy protesters involved in the anti-extradition bill protests were sentenced and some of them are now serving their six-year jail terms.

As activists observe Hong Kong's trend of persecution by prosecution, the pressure they are facing is beyond words.

Together with the enactment of the National Security Law in July — a tool which enables authorities to arrest, detain and imprison dissents — many activists feel that Hong Kong is no more. The freedom and civil liberties that were once guaranteed to Hong Kongers no longer exist.

Leaked documents from UK authorities suggest that the UK government should prepare for a "mass exodus" of Hong Kongers from the territory to British soil.

There were approximately 169,000 active  British National (Overseas) Passport holders (BNO) among Hong Kongers before the city's protests. By the end of this year, the UK government estimates the figure could rise to 733,000.

Prime Minister Boris Johnson said he would implement the BNO visa, a path which allows Hong Kongers who were born before the handover of the territory to be resettled in the UK, soon after the National Security Law of Hong Kong is enacted. Beijing sees the move as a provocation.

While Hong Kong daily life appears to continue as usual, there are already signs indicating the city is undergoing a shift.

Advertisements of overseas properties fill the streets of Hong Kong. Even prestigious high schools reported a record high dropout rate in recent years as more parents are sending their children abroad to enjoy a censorship-free education.

Many Hong Kongers are at a crossroads. The sentencing of Wong and other pro-democracy activists might drive them to make up their minds on whether to stay or leave a city they once called home.

Michael Mo is a Local Council Member in Hong Kong and an Elected Member of the city's Tuen Mun District Council.

Joshua Wong, Nathan Law and Alex Chow are in court in a last-ditch effort to have their prison sentences overturned. They were jailed last year for leading Hong Kong's 2014 pro-democracy "Umbrella Movement."

Hong Kong's highest court has reversed a ruling to jail a trio of pro-democracy activists. The activists, known for their role in 2014 protests, had warned of a "critical juncture" in Hong Kong's fight for democracy.