Iran has waited for the EU to react as it reneges on its obligations under the international nuclear agreement. The ball, however, is in Iran's court, writes Rainer Hermann, of the Frankfurter Allgemeine Zeitung. 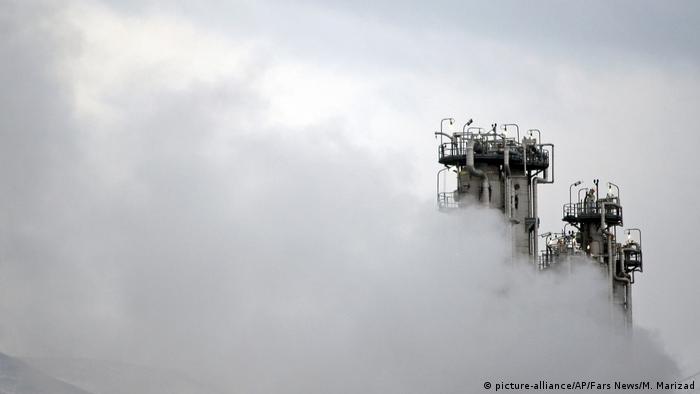 Time is running out for Iran. The three EU signatories to the 2015 nuclear agreement — Germany, France and Britain — are still trying to save the accord, while Iran is gradually upping the pressure. Government officials believe that this will persuade China, Russia and the United States, the other three parties to the six-nation deal, to meet Iran's demands. This is far more than the European Union is able to do. However, the two instruments on which the EU countries have agreed would at least help to cushion the impact of US sanctions on Iran somewhat.

The first of these is Instex, a special-purpose vehicle established in January to enable a barter arrangement with Iran. Instex is already functional, and a corresponding partner company has been set up in Iran. Germany, France and Britain are providing the personnel and the capital for Instex, and compliance rules are in effect. There are a number of EU companies that are ready to resume their (legal) business with Iran. But the first transaction has yet to take place — because every company fears the wrath of the United States, which is sure to follow. Furthermore, Instex is only suitable for small transactions, and the delivery of humanitarian supplies, such as medicines. It cannot handle a sufficient volume to fix Iran's problems.

This is why, at the G7 summit in Biarritz, French President Emmanuel Macron proposed a second instrument: a $15 billion (€13.6 billion) credit line to enable Iran to pay for urgently needed imported commodities.

The intent is that Iran's prospective oil supplies would provide the security for the credit line. This idea is still in its early stages; officals are currently in the process of hammering out all the details.

This is all too slow for Iranian officials' liking. If they intended to abandon the nuclear agreement, which the US withdrew from last year, they would simply ignore Iran's obligations under the agreement. But that's not what they are doing. Instead, Iran is violating the agreement bit by bit, starting with minor infringements. In July, for example, it increased its uranium enrichment level from the agreed limit of 3.67% to 5%.

Now, President Hassan Rouhani has announced that Iran's atomic energy agency will "immediately start what is needed in the field of research and development, and abandon all the commitments that were in place." Rouhani also declared that the other partners to the agreement had two months in which to fulfill their commitments, whereupon Iran would also go back to complying with its obligations. However, he said, so far the three countries' endeavors had not produced the desired results.

Iran's atomic energy agency is scheduled to give more specific information about Rouhani's statement in the coming days. Expansion of nuclear research and development activities could mean that Iran intends to develop newer, more-efficient centrifuges for uranium enrichment, although this is limited under the agreement. It could, however, also mean that Iran will restart production of enriched uranium for its research reactor in Tehran, which is almost half a century old. Iran had stopped doing this under the nuclear agreement. The research reactor supplies enriched uranium for radiological medicine in Iran.

Iran's high expectations stand in contrast to the expectations of the three EU countries — one of which has already been fulfilled. They asked Iran to, as a confidence-building measure, stop pursuing its politics of escalation in the Strait of Hormuz. Iranian officials have realized that this is not in the country's interests: For every ship seized, the United States will reinforce its mission to secure the freedom of navigation in the Persian Gulf. A further confidence-building measure could be for the country to voluntarily to end its violations of the nuclear agreement. However, Iranian officials want to use those as leverage. So far, that has not worked to their advantage.

Germany: Migrants smuggled between tree trunks on truck 41m ago

Opinion: Boycotting Black Friday is a waste of time 14h ago