Opinion: Hitler changed the clocks – Let's change them back

On Sunday morning, in almost all of Europe the clocks will be set back one hour. It could be the last period of winter's standard time in the EU. Good riddance, says DW's Ralf Bosen. 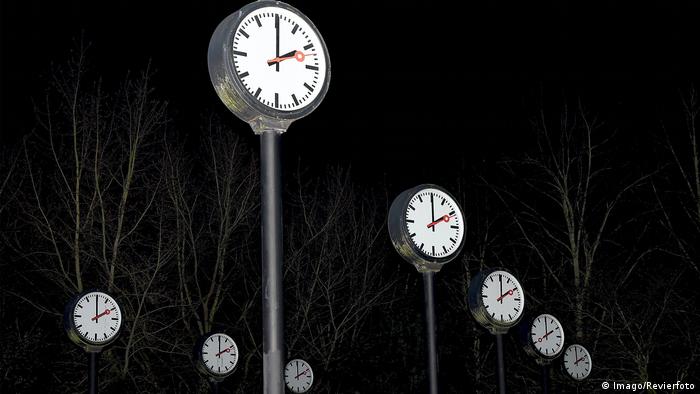 The signs are unmistakable: ill-tempered waiters clear away chairs and tables in front of cafes, neighbors sweep up falling leaves and lock their sun loungers away in the basement. It's that time of year again. We haven't yet come to grips with the autumn depression, and already the beginning of winter is imminent – and, with it, the biannual, nerve-wracking ritual called time change. The dictate of summer time ends, winter time takes over. That means sleeping an hour longer and more daylight in the morning. On the other hand, the sun sets an hour earlier.

In the early hours of Sunday, almost all of Europe will change the clocks. And the Germans, in particular, will go nuts, at least a bit. At three in the morning, we will once again switch back to two. And once again the public will debate whether all this makes sense or not, this time more fiercely and controversially than ever, because time could be up for changing the clocks. That's how the European Commission sees it, along with more than 80 percent of the respondents to an online survey conducted among citizens across all of Europe. Two-thirds of the respondents were from Germany.

The Brussels-based authority wants to put an end to the journey through time that has been going on for 38 years. It urges that the practice be scrapped in 2019 already. Each EU member state is to decide whether it would permanently remain on summer time, or the standard winter time. However, none of this is official yet, as the European Parliament and the EU member states still have to give their approval.

But the signs of the times clearly suggest scrapping. Germany's economic affairs minister, Peter Altmaier, has positioned himself as an advocate of permanent summer time. He will likely be backed by Chancellor Angela Merkel.

Following the recent EU citizen survey, European Commission head Jean-Claude Juncker said changing the clocks could go the way of the winds if that's what the people want – a statement that was welcomed by the head of the business-friendly Free Democrats (FDP), Christian Lindner, who said it was "good news" because, quite simply, "it was annoying." 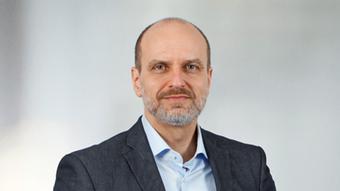 So Sunday's changing of the clocks could be the last of its kind. Which is a good thing. For the permanent tampering with the clocks has led to … nothing! The alleged advantages of saving energy? Never materialized, according to scientific studies.

Instead, the human body has to cope with a great deal of stress: hormone production, metabolism, and brain activity are in temporary disarray as a result of the mini jet lag. This is toxic, in particular for those who regularly work shifts or must get up very early.

Against an anti-social society

Experts, however, claim that a healthy person can cope with any such change within three days. So the healthy ones will be fine, but what about sick people? What about old people, or parents with toddlers, who have biorhythms all of their own? Does it not matter how they feel? That shouldn't be the case. A society which only gears to its healthy and physically strong members must be dubbed cold and anti-social.

The only ones to benefit were those who compiled printed magazines and TV broadcasts, which were occasionally dubious and offered trite bits of advice galore on the changing of the clocks. Here's a small selection: with winter time looming, you should avoid drinking coffee after midday, you should take a walk in the evening, avoid stress, eat a lot of fruit and nuts to boost your concentration, and so on – bits of advice that are valid all year round.

Of course, the troubles surrounding the changing of the clocks may well be regarded as a luxury problem. It's legitimate to ask whether Germany, in the face of natural disasters, wars and mass starvation across the world doesn't have anything better to do than getting mad about a teeny-weeny hour's worth of time difference. Agreed: this is not essential. But it's a practical issue with real-world impacts.

A look back at history can help us make the right decision. The idea of daylight saving time was first implemented by the last German emperor, Wilhelm II. When millions of soldiers were slaughtered in the bloody trench warfare of the First World War and German armament factories faced fuel shortages, he had the clocks switched to summer time on April 30, 1916. The aim was to save energy, in order to be able to continue the war. Germany's opponents, Great Britain and France, followed suit during the same year. But summer time – already unpopular with contemporaries – was abolished again in 1919.

In 1940, summer time was reintroduced by the Nazis under Adolf Hitler – for the same reason as in 1916. His dictatorial brethren, Italy's Benito Mussolini and Spain's Francisco Franco, followed suit with their country's clocks, and the Nazis forced much of Europe to change as well. 1949 saw the end of that experiment. In 1980, at the time of the second oil crisis, the summertime changing of the clocks was revived in both parts of then-divided Germany. Since 1996, daylight saving time has applied in all EU member states.

In short: a clueless emperor and a dictator with delusions of grandeur, responsible for two world wars, tampered with the clocks to facilitate their military operations. For this reason alone I say: the changing of the clocks can cease to be. Goodbye, winter time – and thanks for nothing!

Israeli Pegasus spyware used to spy on US officials: reports 3h ago

Opinion: Germany has come to grips with COVID at last 7h ago