European Commission President Jean-Claude Juncker has said the EU plans to get rid of the switch between summer and winter time. The decision came after a majority of surveyed EU citizens said it should be abolished. 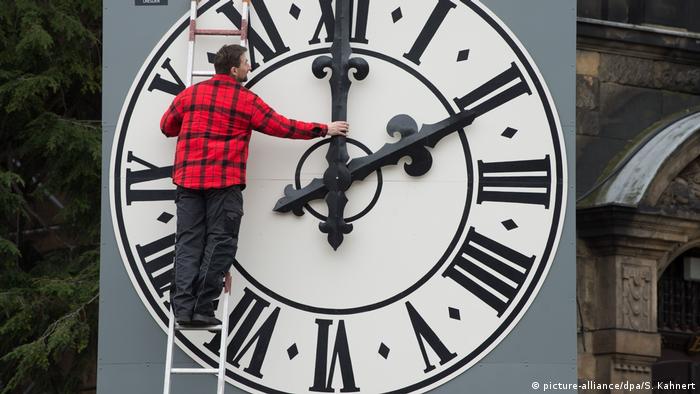 Switching the clocks by an hour between summer and winter time may soon be a thing of the past in the European Union, European Commission Jean-Claude Juncker announced on Friday.

He said that the decision was taken after a vast majority of EU citizens — primarily from Germany — who took part in a survey on the issue called for an end to biannual clock changes.

Speaking to German public broadcaster ZDF, Juncker said that he would push for the changing of clocks to be abolished and that the Commission "will decide on it today."

"We carried out a survey, millions responded and believe that in future, summer time should be year-round, and that's what will happen," Juncker told ZDF, adding: "The people want it, we'll do it."

"Good news that the clock changes will finally be abolished — it was annoying," Lindner wrote on Twitter.

In February, the FDP proposed a motion in the EU parliament to end daylight saving time, arguing that the time change should have made better use of daylight.

Controversial clock changes: Those who support daylight saving time argue that the longer hours of daylight in the summer helps to save energy and boost productivity. Opponents argue that it can be difficult to adapt to the change and that it has short-term negative impacts on people's health. The European Commission also found that there are only minimal energy savings from the time changes.

The EU's March-October switch: Several of the EU's member states have had daylight saving time for decades. The EU issued a series of directives starting in 1981 to govern clock changes across the bloc. Member states are currently obliged to move the clock forward by one hour in March and back one hour in October.

What happens next: Those who are looking forward to future undisturbed sleep will have to wait a while longer. The European Commission, the EU's top executive body, will need to agree on the measure and put forward a draft law on abolishing daylight saving time. The EU Parliament and the bloc's currently 28 Member States would also then need to approve the measure.

The Commission is set to release the official results of the online poll, which experienced several technical problems due to the high level of interest when it was first launched online.