The Berlinale's winner will grab headlines for being a "Romanian sex-tape movie." But Radu Jude's work lives up to Berlin's political reputation, says DW's Elizabeth Grenier. 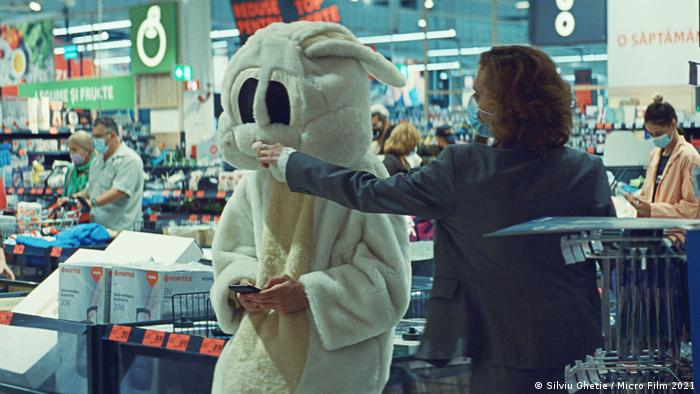 From sexism to fascism: Blowing on all forms of hypocrisy

The experimental narrative first takes us around the streets of Bucharest, through a documentary-style observational sequence, where most people are wearing a face mask — incidentally, it's the only film of the competition that included the pandemic in its narrative. Many people seem on edge, readily insulting each other without reason; the camera lingers on details embodying Romania's post-Communist consumerist society, from kitsch billboards of bodybuilders to SUVs taking over the sidewalks.

The movie's second part presents a "short dictionary of anecdotes, signs, and wonders," which defines with dark humor miscellaneous terms linked to sexism, corruption, racism, anti-Semitism and fascism — referring among others to Romania's complicity in the Holocaust. 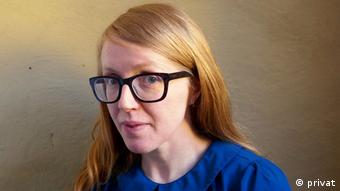 "Children are the political prisoners of their parents," is a Jean-Paul Sartre quote that shows up among those definitions — one that could also serve as the catchline for the third part of the film, where the history teacher faces her class's bigoted parents in a mock trial.

The competition's jury was composed of six filmmakers who have also won the Golden Bear in the past. Berlin's film festival has gained a reputation of being the most political of all "Big Three" festivals, alongside Cannes and Venice. This pick carries on with that tradition.

Those jurors also obtained the festival's top award with a provocative work linked to politics. Last year, dissident Iranian director Mohammad Rasoulof won with There Is No Evil, a comment on capital punishment in his home country. Nadav Lapid's Synonyms from 2019 was a political satire about a young Israeli searching for his identity in Paris following his military service. The previous year, Romanian director Adina Pintilie won with Touch Me Not, an experimental film on body politics.

Going for the provocative

Petite Maman, by critically acclaimed French director Celine Sciamma, and What Do We See When We Look at the Sky?, by Georgian filmmaker Alexandre Koberidze, were two competition titles that expressed the poetry of human experience by using magical realism, without referring to the dire state of the world. Even though the works were among many critics' favorites, the jury didn't grant them any of the various Silver Bears.

The jury rather went for a film they described as a "wild one, clever and childish, geometrical and vibrant, imprecise in the best way. It attacks the spectator, evokes disagreement, but leaves no one with a safety distance." They added that it provoked the spirit of our time, the zeitgeist, "by slapping it, by challenging it to a duel."

It remains to be seen if the public will accept that challenge as well.