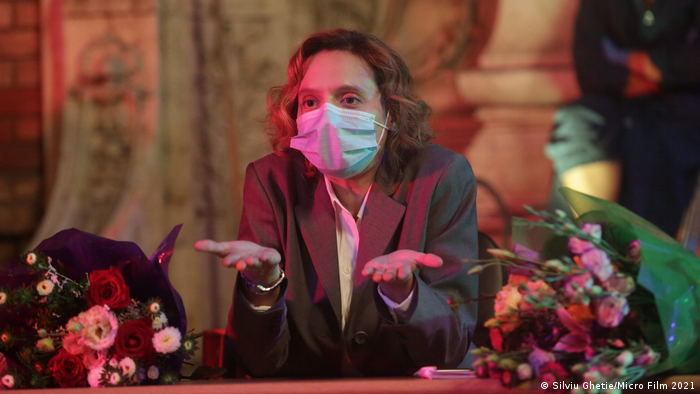 Making a feature film is a notoriously long process. Once the script has been written, productions may spend several years organizing funding before the film is actually shot, and then edited.

With specific restrictions changing from week to week, references to the world's pandemic lifestyle in a film could very well feel outdated by the time the work is completed and distributed. It's therefore unsurprising that most films selected for the Berlin International Film Festival are set in a universe that's oblivious to the ongoing pandemic.

There are nevertheless a few films that reflect the past year's social habits.

In the following scene, the woman from the sex tape is at a market. Just like everyone else, she is wearing a mask. As she wanders through the streets of Bucharest in observational documentary-style shots, the face mask is also ubiquitous.

Jude hadn't originally scripted his film that way, though. That introductory sequence was actually shot a few weeks before last year's spring lockdown.

Romania then faced a second wave of COVID-19 at the beginning of July, so the filmmaker decided to shoot his film as quickly as possible during the summer — even if that meant skipping additional funding options that would have been available later.

Since the number of cases was rising, the director also chose to integrate the masks into his narrative to protect his team. "Morally, it felt better to limit the risk for the actors," Jude told DW, adding that he was proud that no one got sick during the production. This was for him a "greater achievement" than speculating on how covering the actors' mouths would impact the film visually. 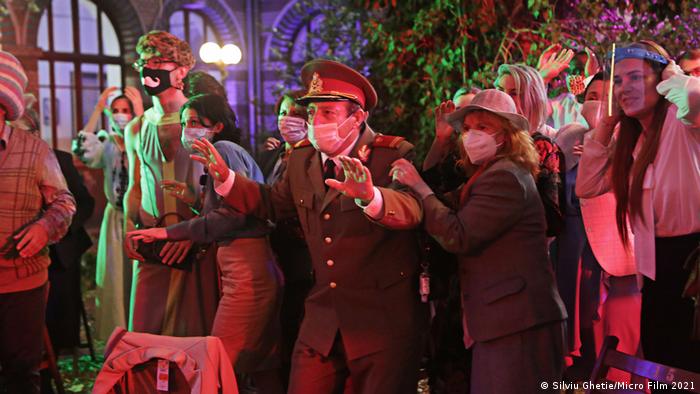 Among others, Radu Jude bangs on the church, the army and nationalists in his film

A time capsule with symbolic value

The film gains from this ethical decision. Jude decided to capture the moment with an "anthropological eye," creating a time capsule of this unique and iconic moment in history.

The woman in the sex tape is a teacher who faces her class's angry parents after the video starts circulating in the school. Since the film contrasts obscenity with Romanian society's hypocrisy towards social issues such as sexism, anti-Semitism and fascism, the face mask also takes on a symbolic dimension, standing in for all the things that are not openly addressed in the country. "It wasn't intended, but of course we knew the potential of this metaphor," said Jude.

The coronavirus paralyzed many productions over the past year. Those who did manage to complete their shoots between lockdowns had to apply safety guidelines developed for the film industry, such as regular testing of the cast and crew and wearing face masks on set. Another recommendation was to modify scenes to allow more social distancing.

Denis Cote's film Social Hygiene, featured in the Berlin Film Festival's Encounters section, pushes the concept of social distancing to the extreme. The film's scenes are all set outdoors, in nature; the actors statically stand several meters apart from each other as they speak their dialogues.

The Canadian arthouse director is a Berlinale regular, and the festival's website describes his latest work as a "testimony to the way in which the constraints of a pandemic can be the mother of invention when it comes to cinematic forms and storytelling." 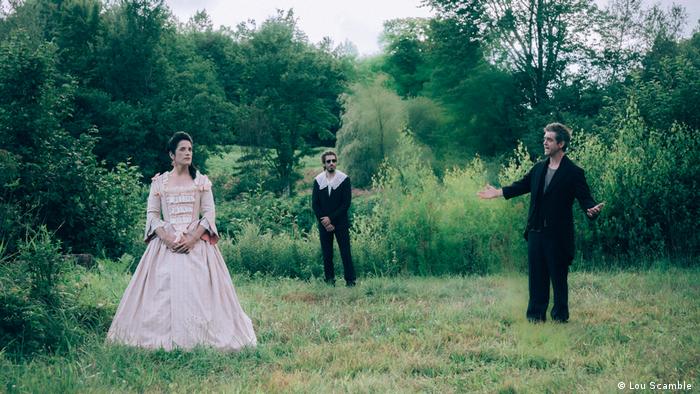 Yet, strikingly, Cote came up with the entire concept of this film — and even its title — five years ago. When actors around him started asking if he had something they could work on together during the pandemic slump, he picked up the project that had remained in a drawer all that time.

He wrote the story as "an exploration of the notion of distancing between people," he told DW. With its surreal theatrical approach, combining period costumes and modern-day references, the film actually offers several levels of distancing to ponder over.

For many people, the past year has also come with an overdose of online meetings, so a movie based on a series of video chats might not sound like the most attractive option for entertainment.

Yet that's the starting point of Language Lessons. The film, part of the Berlinale Special section, was directed by actress Natalie Morales and co-written by Mark Duplass, who had previously worked with her on the HBO series Room 104.

The film, which only features the two of them, tells the story of a wealthy man with a great sense of humor who develops a deep, nonromantic relationship with his Spanish teacher through their virtual contacts as he reveals himself during a period of grief. 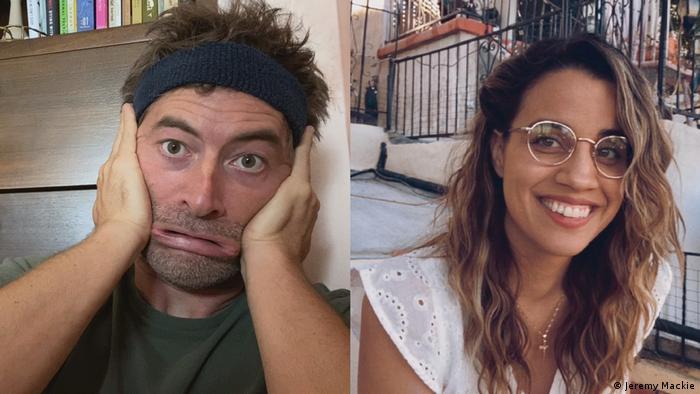 For the story, Duplass was inspired by the Spanish lessons he had started taking a month into the pandemic. "Me and my teacher both hated small talk, so it quickly developed into something interesting," Duplass said during a Zoom press conference that felt a lot like the film itself.

In the film, the lessons are held online because the teacher and the student live in different parts of the world. The duo of actors/co-writers/producers felt the film would be stronger and more timeless if it wasn't about the pandemic itself. The metaphors of loss and isolation are so present throughout the work that adding the pandemic in the story line "would have felt like adding a hat onto a hat," explained Duplass.

"There's a weird nonintimacy/intimacy about the way we have been communicating since March last year, and the film is about how to break the falseness of that," Morales said. In these difficult times, she added, "even when you don't realize it, a connection with another person can serve as a healing balm."

The actors pull it off with their humor and genuine warmth. As Duplass put it, "ultimately, the movie is a big hug."  And you'll suddenly want another Zoom meeting with them.

Berlinale plans a 'festival in two stages' amid COVID uncertainty