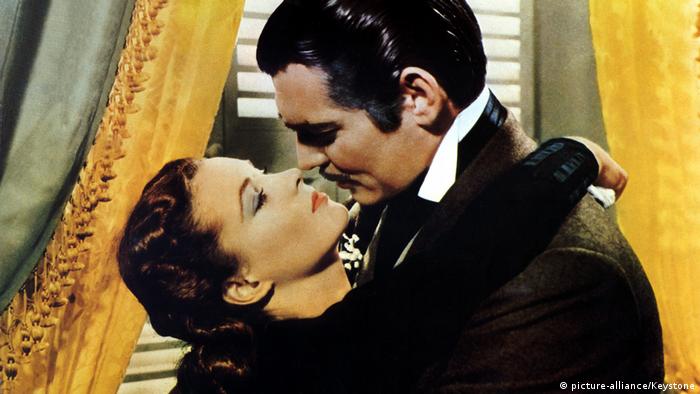 What would Gone with the Wind have looked like if Clark Gable and Vivien Leigh as Rhett Butler and Scarlett O'Hara hadn't been allowed to touch? Would the film still have become a classic of cinema history?

For weeks now, filmmakers in Germany have been looking into how they can proceed with the projects they had to postpone because of the COVID-19 lockdown. Although filming per se was not prohibited by the restrictions, it was practically impossible to shoot anything while following the safety guidelines. Only a few studio productions continued their work, including evening TV series. 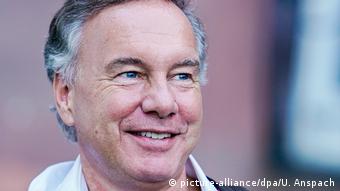 "There are clear differences between a studio production in which distances can be maintained more easily or the scenery can be changed, and a larger production with extras and external shoots," film producer Nico Hofmann, chief executive officer of the UFA Group, told DW.

He explains that the company is now going through all of their current projects and setting specific guidelines for each production. "I'm strictly against rewriting scripts," says the producer. Hofmann rather believes film shoots should continue without compromises.

It doesn't work without proximity

While recommendations for film sets have been prepared by the Association for Energy, Textiles, Electronic and Media, the film industry has also been inspired by concepts developed elsewhere, such as by the Bundesliga, to find solutions: "We've learned a lot from football games, where the situation is very comparable to filming: There are teams in front of and behind the camera, who have to follow different rules," says Hoffman. 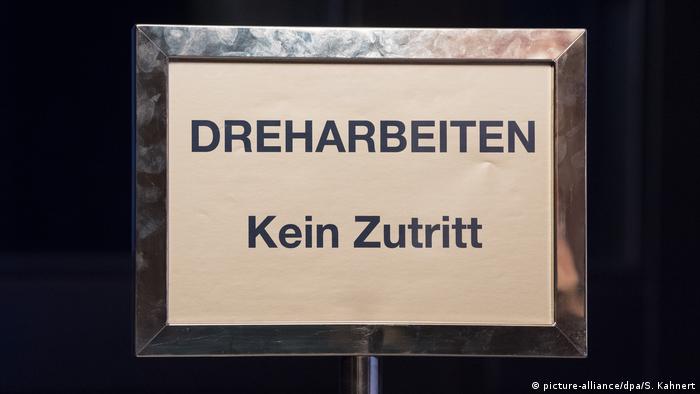 So for now, if a scene requires actors to be closer than 1.5 meters to each other for more than a minute, they will need to be quarantined. And everyone on set has to be regularly tested for COVID-19, adds Hoffman.

In the industry, such measures are considered necessary to complete productions. An infection on set would definitely jeopardize the project, and perhaps even the production company.

However, such protective measures are also expensive. Film crews are to be divided into groups and tested across the board. The cast needs to remain quarantined together. 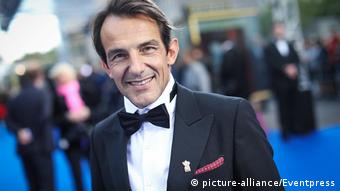 "We need to discuss financial compensation and the social security status for actors who have to be in quarantine during a shoot, who are not allowed to see their families and who cannot take on other jobs," says actor Hans-Werner Meyer, board member of BFFS, Germany's federal association of actors.

The additional work on set increases production costs, says Nico Hofmann: "Regularly taking everyone's temperature, logging contacts and strictly adhering to hygiene measures means that working hours have increased by up to 20% — and the cost of film shoots have gone up accordingly."

The producer still finds the investment worthwhile, as it allows the productions to continue without rewriting scripts and compromising the project.

One postponement leads to the next

Beyond the actors, everyone in the film industry is affected, from casting to catering to CGI specialists: "Many projects are being pushed back and forth, and everyone is kept on hold," says Meyer. Instead of getting contracts, these freelancers are committed to projects through loose agreements — a common practice in the industry. While contract periods are paid, mere agreements aren't. "If someone blocks their schedule for a production, and it doesn't happen, then they don't get paid for this period — but there should be compensation for this loss," adds Meyer.

Scriptwriters' fees are divided into several installments, with the last and usually the highest payment being linked to the first day of filming. Fortunately, says screenwriter Sebastian Andrae, TV stations paid their authors even though their productions were postponed because of the coronavirus shutdown. In contrast, the situation with scriptwriters working for small film productions companies is more precarious.

At any rate, their work is probably the least affected by the lockdown, as new material will be needed whenever films can be made again in the future. "Writing is the least dangerous part of a film. We work from an isolated office all the time anyway," says Andrae.

COVID-19 cases are not insured

What happens if an actor belonging to the high-risk group becomes infected on the set and becomes so seriously ill that intensive treatment is necessary? At the moment, the age of the members of the cast does not make a big difference; no insurance covers the losses of a production that has to stop because of the virus.

Three weeks ago, more than 100 filmmakers signed an open letter to the German government calling for a default fund. Due to the lack of security, "every motion picture film becomes a ticking time bomb," says the letter sent to Federal Minister for Economic Affairs Peter Altmaier and Federal Government Commissioner for Cultural Affairs Monika Grütters.

"The producers' alliance is in discussion with Monika Grütters about a default fund so that productions are secured and can be continued," says Nico Hofmann. "This is existential for many companies, but also important for Germany as a film location." Foreign producers are currently setting up completion bonds — insurance for the completion of a film — to make their projects more attractive.

Sex and romance in Germany stayed largely uninhibited by the coronavirus crisis, claims the GfK research institute. Its survey for a dating portal found that 12% had better sex, but a quarter experienced more conflict. (02.06.2020)

One of the world's most important film festivals has been canceled and won't offer an online program. But smaller festivals are getting creative, paving new paths for the future of film fests. (12.05.2020)

From the cannibalistic killer Hannibal Lecter to Zorro and other Marvel superheroes saving the world, masks have been a central accessory for many characters in movies. (06.05.2020)