As Romania votes, millions still live in poverty | Europe | News and current affairs from around the continent | DW | 05.12.2020

Thirty years after the fall of communism, many Romanians are still looking for a way out of systemic poverty. Many politicians, however, have ignored the topic in the runup to Sunday's parliamentary election. 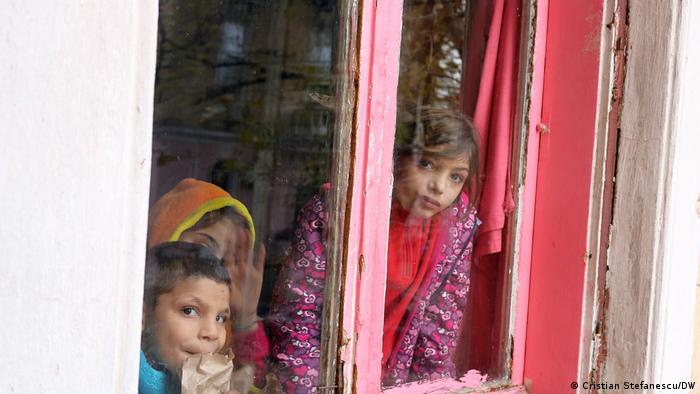 Roughly 6 million Romanians — about a third of all citizens who still reside in the country — live under the constant threat of poverty and social exclusion. A full 10% of Romania's children go to bed hungry each night, and a quarter of the country's citizens still use outdoor toilets.

Steve and his family, who live in the capital, Bucharest, have an indoor bathroom but no running water. Electricity comes from the next-door neighbor. They live in a palatial old villa in the historic city center, but like many buildings here the plaster is falling off the walls, the windows are all broken and all of the doors are missing handles — they can only be closed if slammed shut. 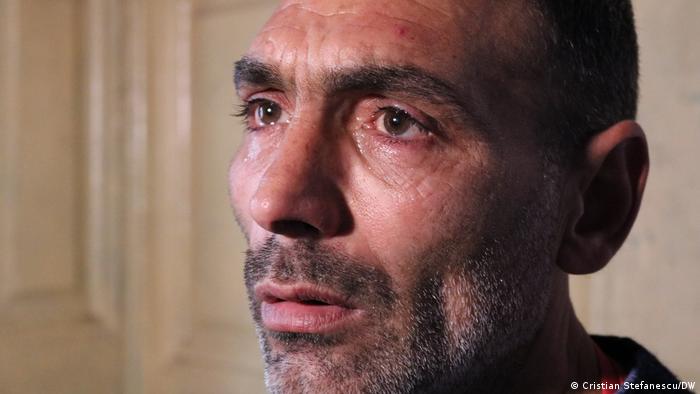 Steve doesn't plan to vote — nothing will change, he says

It's early winter, and a cold wind races through every room. Someone brought the family a wood stove a while back, and Steve's 5-year-old grandson keeps it stoked throughout the day. Some 45% of Romanians primarily heat their homes with wood-burning stoves, often using branches or dried corn cobs. Steve and his family of four children aren't officially registered at this address; as far as the authorities are concerned, the house has been vacant for more than a year.

Housing is a 'human right'

Steve comes from a small village in southern Romania. "I met my wife in Bucharest. I have been living here in the capital since 1995. We did our best to have children and start a family," he says. For 13 years, the couple and their children were allowed to squat in an abandoned old house with the owner's permission. But when it was eventually sold, the new owners had the place torn down. The lot that it stood on is still empty.

When Steve was told that they'd have to leave, he applied for social housing. "They asked me for something I couldn't provide: an address. We were never registered there. All hope suddenly vanished," he says. "At city hall they made fun of us, asking why we had so many children if we didn't have the means to support them. I just gave up."

Today, Steve is scared city officials will show up with masked police and evict his family from their ramshackle tenement because they aren't legal residents. "God help me if they take my kids away from me," he says. "They are my children; I raised them. How could someone just take them away?"

People in Steve's situation instinctively try to hide from authorities, explains Irina Zamfirescu, a human rights activist in Bucharest. "The first emotion officials evoke in such marginalized people is fear."

Zamfirescu has been studying the phenomenon of precarious living conditions for close to a decade. "Social workers rarely come by when they are needed but rather on eviction day, when they try to persuade people to leave," she tells DW.

Zamfirescu says officials often threaten to take people's children away if they resist eviction, giving people the impression that social workers are there to serve the mayor, not the citizens. "Based on what I've seen, they're right," she says, clearly angry, pointing out that housing is a human right.

Steve has never had an official job. "I worked for cash on construction sites, off the books. I was a roofer, a painter, whatever they needed. I made about 120 leu (€25/$30) a day, which I took home to buy what we needed to survive the day. When there's no work, we live from what we can find on the street. We collect paper, bottles, anything." 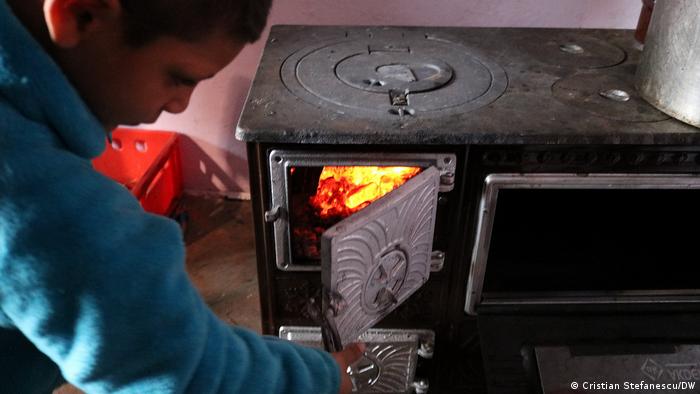 Steve's grandson makes sure the wood-burning stove is kept burning

When Steve is working, he leaves the house at around 3 a.m. He makes a quick fire so it's warm for the kids when they get up, and he leaves a little money on the table so they can buy some juice and something to eat. "If it weren't for the kids, I'd be living on the street," he says, tears in his eyes.

On Sunday, Romanians will vote in a parliamentary election, and the eradication of poverty should have been at the core of each party's national agenda. But three decades after the fall of the Iron Curtain, poor Romanians have neither found a place in electoral campaigns nor a voice in government. Their votes are often purchased with a bag of groceries and empty populist slogans — full of promises never intended to be kept.

'A lot of people aren't getting the help they need'

Steve has always voted in the past, but now he's fed up. "Parliament just passes crazy laws that allow them to put people like me in jail," he says.

Even Romanian politicians agree that the widespread distrust of bureaucrats is justified. "These people are demanding their rights and they are simply turned away without help or explanation," says Oana Toiu, a former state secretary at the Labor Ministry. She's the top candidate for the progressive USR-PLUS Alliance, a mix of pro-EU technocrats and social-justice and anti-corruption activists.

"It's obvious that a lot of people aren't getting the help they need to escape their situation. Instead they're being held down," says Toiu. She says the whole welfare system has been politicized, with jobs being handed out as political favors and an administrative state that is overwhelmed and unprofessional.

"Romania's poverty is catastrophic," says Petre-Florin Manole, a parliamentarian and former adviser for the Labor Ministry. He says poverty is often seen as a personal shortcoming — an irrational, unacceptable view. "Politicians that greet the poor with contempt can't fight poverty," he says.

Liberal candidate Sebastian Burduja, too, is critical of the state of Romania's social policies and government administration. "Those portfolios have been taken over by politicians who are keeping needy people dependent upon the state by exploiting government social measures," he says. "They have been deriding and using these folks as a voting bloc for 30 years."

Asked whether he will vote again this Sunday, Steve says never again. Besides, he says, nothing will ever change. "The only thing I really want is a place for me and my family to live. That's it, nothing more."

Romania has seen a record recent surge in coronavirus infections. To help deal with the situation, a team of German doctors have traveled the city of Brasov.

Mariana Turcu is one of many Romanian women working as carers in Italy. The country desperately needs her work to support its aging population — but at the cost of many sacrifices for Mariana and her family.

A new left-wing coalition wants to win a majority in France's upcoming legislative elections and challenge Emmanuel Macron's hold on parliamentary power. Their chances are slim but not impossible.