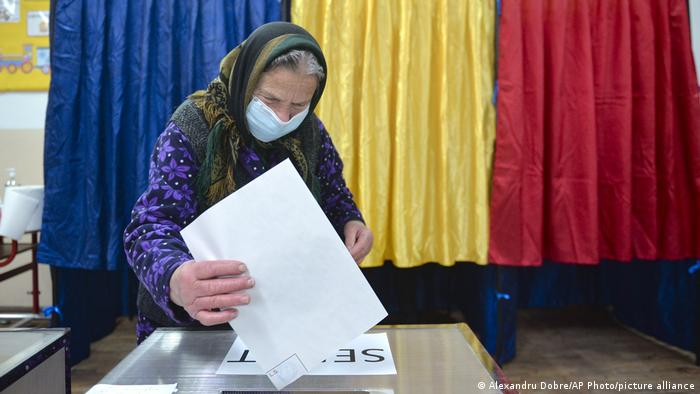 Masked-up as a pandemic precaution, a Romanian woman casts her ballot on Sunday

As results rolled in on Sunday, both Romania's ruling National Liberal Party (PNL) and the opposition Social Democrats (PSD) declared themselves the winners of the parliamentary vote. The new pro-EU 2020 USR-PLUS Alliance, which pitched an anti-corruption platform and stood in third place, welcomed a "historic election result."

Above all, this election was "historic" because never in the 31 years since the fall of the Communist regime in 1989 have so many Romanians refrained from casting their votes. It's also historic in view of the fact that, during the dictatorship, my parents' generation could only dream of being able to vote freely. But now two out of three eligible  Romanians opted not go to the polls.

It would be comforting if we could just blame the coronavirus pandemic. But it is not that simple. Of course, some people stayed away from the polls for fear of infection. I understand that where the elderly and voters with underlying medical conditions are concerned. But turnout wasn't lowest among these groups, it was lowest among people aged 18 to 24. 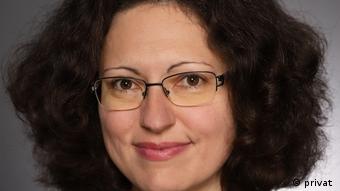 At the same time, my family and friends in Romania tell me that the shopping malls were overcrowded — at a time when schools nationwide are closed because of high infection rates. So people can't be that afraid of catching the virus.

The low voter turnout is a result of the rampant corruption and favoritism of Romania's political establishment since 1989. Romanians' trust in the state and its institutions has eroded. The fight against the pandemic in particular underlines how important trust is. When I ask friends in Romania how much they trust the government and politicians, they laugh bitterly.

How could voters trust their parties? The PSD, which currently leads in the vote count, relaxed anti-corruption laws and undermined the independence of the judiciary while Liviu Dragnea was the party's chairman and the president of the Chamber of Deputies until 2019. He is serving a prison sentence after being convicted of hiring a pair of party members to fake government jobs and paying them from the state coffers. Many Romanians witnessed or were present at the mass peaceful protests against the PSD and Dragnea on August 10, 2018, when the government used tear gas to put down the demonstrations. PSD voters, however, seem willing to let that incident slide. Under Marcel Ciolacu, the PSD's head since November 2019 and the president of the Chamber of Deputies, the party is trying for a fresh start.

Many Romanians who took to the streets to protest PSD corruption in 2018 were just as disappointed by Prime Minister Ludovic Orban, who announced his resignation on Monday after leading two PNL minority governments since November 2019 with the support of President Klaus Iohannis, himself a former chairman of the party. No one has forgotten the years when the PNL joined with the PSD and two other parties to form the Social Liberal Union, which briefly ruled from late 2012 to early 2014 — one more reason why Romanian see a lack of choices in the political establishment.

Of course, anti-establishment politics can be dangerous, too: Competing in its first national elections, the xenophobic Alliance for the Unity of Romanians party has won its first seats. For so long, many were proud of the fact that, unlike in most EU countries, there were no avowed nationalist extremists in Romania's parliament. Now there are.

But there are some reasons for optimism. At least 265,000 Romanians abroad voted in the 2020 elections — twice as many as in 2016. Most Romanians voting abroad supported the 2020 USR-PLUS Alliance; I, too, have hopes for the party. It is pro-EU and has distanced itself from the establishment that was built after 1989 and has a stated commitment to fighting corruption and nepotism. But the AUR, too, received an unexpectedly high level of support from Romanians voting from abroad.

As the junior partner in a coalition government could the 2020 USR-PLUS Alliance help restore people's trust in politics? I still hope so.