The vote against Prime Minister Ludovic Orban's administration has opened the door to an early election in the EU-member state. Orban is still set to serve as interim chief. 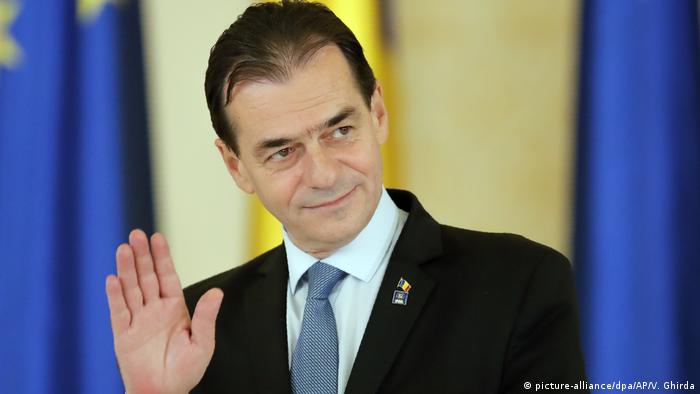 Romanian lawmakers toppled the centrist minority government of Prime Minister Ludovic Orban on Wednesday, raising the possibility of an early election in the EU member state.

The parliamentary no-confidence vote follows just three months in office. A total of 261 of 465 MPs voted in favor of a motion against Orban's government, which took over in November.

Read more: 'The events of December 1989 did not lead to a fresh start'

"The Orban government fell. It's a very big step for Romanian democracy," said Marcel Ciolacu, leader of the opposition Social Democrats (PSD), which has been seeking his ouster since Orban's National Liberal Party (PNL) took hold.

The vote followed an attempt to change the law for local elections, and to re-introduce a two-round voting system.

Despite the ouster, the move is likely to benefit Orban's party, which has been vying for an early election with its key ally, President Klaus Iohannis, to take advantage of the PNL's rising approval ratings.

"This government has landed on its feet," said Orban.

The prime minister's party has seen its popularity ratings double to about 47% since a 2016 parliamentary election, while PSD's sank to about 20% over the same period.

The PNL government was installed in November following a no-confidence vote against the former PSD-led administration.

Iohannis is now obligated to appoint a new prime minister, who will then have to assemble a parliamentary majority. He is set to call political parties for consultations on forming a new government on Thursday, but has publicly favored Orban as his choice for interim prime minister.

National elections are scheduled to be held in late 2020, but the polls could now be brought forward by several months. The snap election would be the first such poll since the fall of Communism 30 years ago.