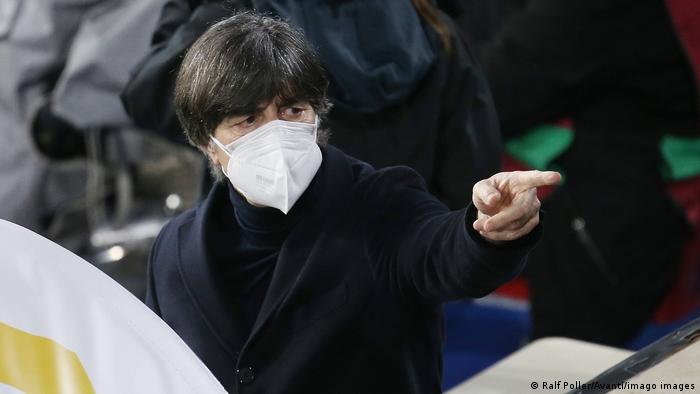 What will it take for Germany not to play?

Germany started their qualifying campaign off with the win expected of them. In one of their best displays in months, their midfield was excellent, Jamal Musiala made his debut and their new away kit looked slick. But rather than how Germany won the game, it was the lengths they went to play it that was the most telling.

Without question, the team's Premier League players were flown in to join the squad. Germany reached an agreement with the local health department that saw those five players bubble inside the Germany bubble, effectively meaning other than training, games and team meetings, they were on their own.

Team doctor Tim Meyer has, according to Joachim Löw, constantly been running after the head coach — presumably from a safe distance — telling him all about the procedures to follow. Masks were worn, distances were being kept in team and one-on-one meetings.

On the morning of the game, it was announced that Borussia Mönchengladbach midfielder Jonas Hofmann had tested positive for COVID-19. He was then placed in quarantine. Marcel Halstenberg, who was deemed a "first degree contact person", having played backgammon with Hofmann on Wednesday evening, returned to Leipzig to quarantine. Not long afterwards, chief press officer Jens Grittner relayed the message that Germany would "definitely be playing."

The news was hardly surprising. After a similar situation in November last year, when Germany met Ukraine, the game went ahead with little hesitation. But at what point does this association, do these players, ask whether it is worth the risk?

Germany did everything they could to make sure they could play. As footballers, and as an association with contractual obligations, that is understandable. But at what point do you consider the human being?

After all, despite Meyer's new procedures, bubbles for Premier League players, rapid and PCR tests, ubitquitous FFP2 masks during leisure activities such as playing board games, there was still a case of COVID-19.

"We are people too and it affects us just as much," Ilkay Gündogan said afterwards, of the impact of the Hofmann case. 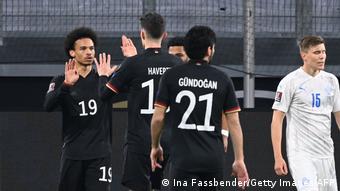 Kai Havertz scored Germany's second, but should they have played at all?

This virus does not care if you are an international footballer. It doesn't care how exciting Germany looked, who played in attack or who made their debut.

Rapid tests done on Thursday delivered the desired negative results, but if symptoms can take anywhere between 2-14 days to appear, then who are you really kidding? What do you really care about?

While Germany battles a third wave of the coronavirus as a nation, Germany the football team continues to show that whatever happens, no matter the potential risks, they will keep playing.

For a team apparently keen on reconnecting with its fans and showing that it is not completely detached from the country it represents, this was a night when it did everything but.